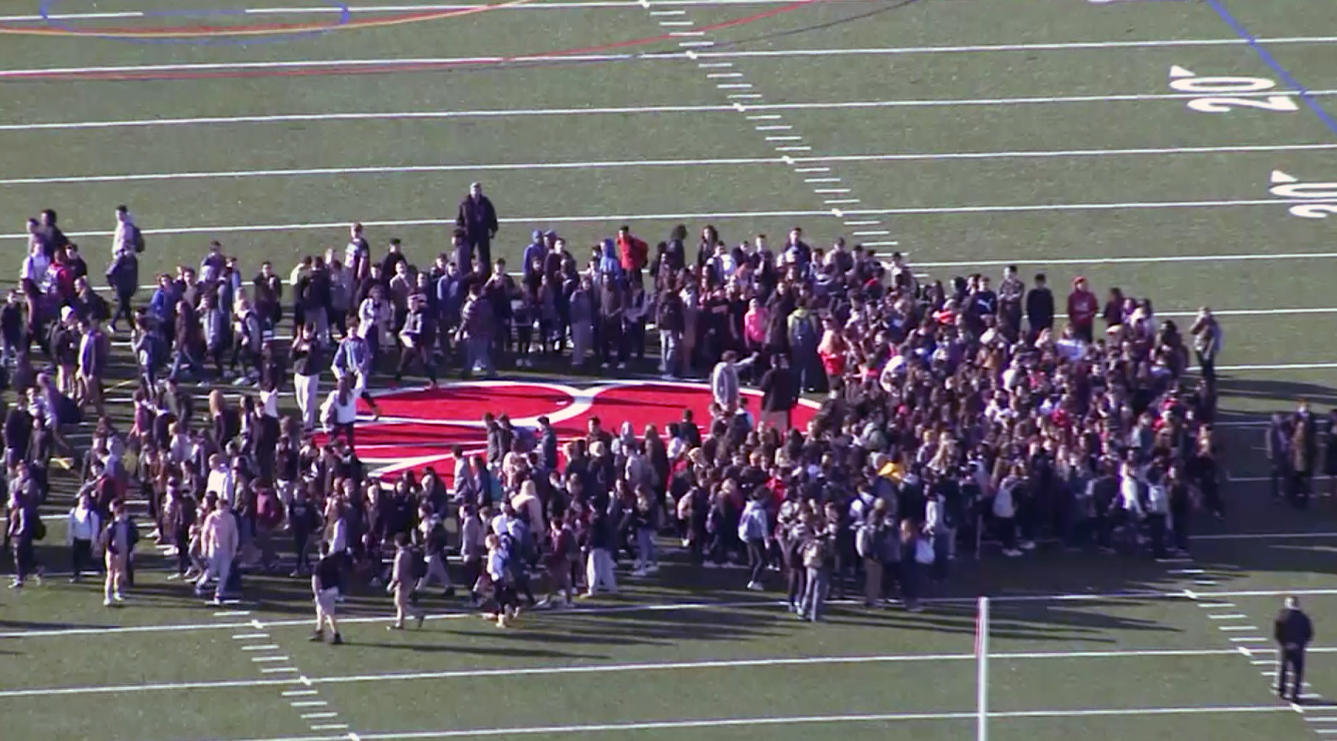 CHERRY HILL, N.J. -- Hundreds of students walked out of class Tuesday morning to support a teacher who was placed an administrative leave for his comments on the high school shooting in Parkland, Florida, CBS Philadelphia reports. Timothy Locke, an AP history teacher, was placed on administrative leave after voicing his concerns over security at Cherry Hill High School East. Locke said a similar shooting could take place at the school and said two police officers are not armed on campus, The Associated Press reports.

After Locke voiced his concerns, a student was so distraught she was escorted by another teacher to the principal's office. The incident led to the school's decision to suspend Locke.

On Tuesday, the students marched along a nearby street and around the school track to support Locke. Some parents attended the march to support the students.

"One of the girls from East posted an amazing post on Facebook last night, and I knew they were marching and I said, 'good for them, I wanted to do something,'" parent Rachel Kirkham told the station. She said she and a friend bought coffee and boxes of donuts to the protest.

"I think it is amazing. It makes me think of Whitney Houston — the children are our future. This whole movement, I think it is incredible," Kirkham said.

The local school district has declined to comment because it's a personal matter.

The Board of Education will hold a meeting Tuesday night where students and parents plan to call for Locke's reinstatement.

Justin Prechodko, a senior at the high school, organized a petition calling for Locke's return.

"Mr. Locke is my favorite teacher, bar none, of all time. I just felt an injustice was done so I decided instead of being quiet I'd step up. That's what I learned from Locke: that you're never too small to step up," Predchoko said.