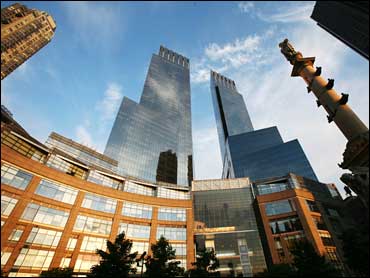 Time Warner Inc. said Wednesday it would formally split off its cable TV business, giving the media conglomerate a $9.25 billion windfall and allowing it to focus on cable network, entertainment and publishing operations.

The separation of Time Warner Cable Inc. gets Time Warner out of the media distribution business altogether, something investors had been clamoring for. The company announced its decision to split up last month and said Wednesday that the boards of the two companies had agreed to financial terms.

Time Warner Cable is the second-largest cable provider in the country after Comcast Corp. with about 13.3 million video subscribers. It has been a public company for more than a year, but Time Warner had held on to an 84 percent stake.

The split-off calls for Time Warner Cable paying a total dividend of $10.27 per share, or $10.9 billion to all shareholders, of which parent company Time Warner will receive $9.25 billion. Time Warner Cable will fund the dividend with its existing credit facility and a $9 billion, two-year bridge loan from a syndicate of banks, raising its total debt load to $24.2 billion.

Cable operators tend to have far different capital requirements than entertainment and other kinds of media companies, with significant demands for investing in infrastructure and new technologies as well as a reliable base of cash flows needed to service the debt to make those investments. Having its own stock will also allow Time Warner Cable to have a currency to use in potential acquisitions.

Time Warner said it would distribute the proceeds to its shareholders in a tax-efficient manner to be determined shortly before the deal closes, which is expected in the fourth quarter. The split must still receive a favorable tax ruling from the IRS as well as other regulatory approvals and local franchise clearances.

However the Standard & Poor's Ratings Services said it would likely lower Time Warner's corporate debt rating by one notch to BBB, still within investment grade. S&P analyst Heather Goodchild said in a statement the spinoff means the loss of Time Warner's "most predictable source of growth and the increased exposure in the future to the volatile performance of filmed entertainment."

Once Time Warner Cable is split off, Time Warner will be an entertainment-focused company centered on the Warner Bros. movie and TV production studio, the Time Inc. magazine publishing group and a large portfolio of cable networks that includes HBO, CNN, TBS and TNT.

The next strategic imperative for Time Warner and Bewkes, who became CEO at the beginning of the year, is to figure out what to do with its struggling AOL division, which is trying to remake itself as an online advertising company as revenues from its legacy dial-up Internet access service rapidly dwindle.

Time Warner is in the process of separating AOL's advertising operations from the access service and has been considering various possibilities for a transaction or combination with another major Internet company such as Yahoo Inc., Microsoft Corp. or News Corp.'s MySpace.

Those talks have been complicated by Microsoft's continuing interest in some kind of transaction with Yahoo, an effort by the software maker to delve further into the growing online advertising market and compete with market leader Google Inc.

Investors have been adamant that Time Warner further simplify its sprawling capital structure and take other aggressive action to boost its lagging shares, which have largely traded below $20 for the past five years.

Time Warner also will convert its supervoting Class B shares into common stock on a 1-for-1 basis, creating a single class of stock.