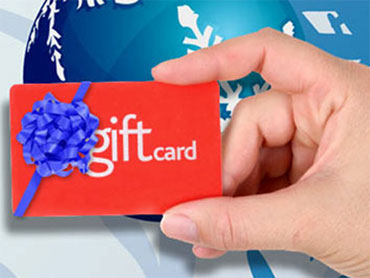 This column was written by Evan Schuman, the editor of StorefrontBacktalk, a site that tracks retail technology, e-commerce and security issues. Retail Realities appears every Friday. Evan can be reached at E-mail and on Twitter.

True story: A North Pole postal worker was indicted last week, accused of stealing Christmas gifts from the mail. The defendant is actually a postal worker in Fairbanks, Alaska, but the town she lives in is honestly North Pole, Alaska. But this story didn't catch our eye because of the image of one of Santa's elves turning Grinch-like. It was what she stole: Wal-Mart $25 physical gift cards being sent via snailmail.

This begs the question: Why are we still permitting the mailing of fully-activated gift cards? People aren't sending $20 bills in the mail anymore, so why are they still sending the plastic equivalent?

Today's gift cards are quite different from those of just five years ago. Target, for example, is now accepting mobile gift cards, which only exist on a consumer's phone. And some chains are trying to crowd as many retailers as possible into one card, with a Connecticut gift card boasting of 100 competing retailers onto that one piece of rectangular plastic.

When someone sends someone a gift card, why not first send an E-mail alerting the recipient to the card's imminent arrival and have that E-mail include a password to activate the card after it arrives? If adopted, these are just some of the benefits retailers (and their customers) would see: "Heads Up That The Card Is Coming."

One reason that theft of gift cards is relatively easy to get away with-assuming the thief doesn't get caught at the moment of thievery, as apparently Mrs. Clause was-is that there is often no one in a position to notice the theft, even though there are quite a few players involved.

The gift-giver pays for the card and sends it away. Given the rarity of thank you cards today, the sender could simply assume that the card arrived. The retailer would have no reason to suspect anything. The bank and/or the card brand would similarly have no reason to get suspicious as the payment was completed before it was sent. And if the recipient isn't expecting the gift card, it could feel like the perfect crime, with no one in a position to sound the alarm.

The E-mail heads up would provide a mechanism for the recipient to quickly flag everyone when a card went missing.

An End To Not Knowing Who's Using Your Gift Card

One of the longstanding retail complaints about gift cards is that the chain typically has no idea who is using the card. It knows who paid for the card, but the value is in knowing who received it. Is that a potential new customer? Can you pitch them products based on what they used the gift card for?

Gift card exchanges have given retailers a small peek into knowing who received the cards, but could E-mail alerts work a lot easier and at almost no cost? As a service (free or paid), the retail could send an E-mail to the recipient to guarantee arrival. The customer is asked to provide the recipient's name, E-mail address, snailmail address and phone number.

The nature of the service provides a legitimate reason for all four pieces of information. The E-mail address is needed to send the message the snailmail address could appear to be used to trace the errant gift card if it doesn't arrive on time and the phone number could simply be a way to contact the recipient to confirm receipt.

The name could be positioned as the only way to make sure that only the intended recipient uses the card. The fact that stores today do not check identities need not come up. But it's also true that changing that policy might not be such a horrible idea, given how popular gift cards are with cyberthieves.

It's still their favorite laundry technique when dealing with a stolen credit or debit card. They steal the card from the victim and then rush to the nearest store to purchase as many gift cards as possible, as long as it's below the limit set by the store to check identification. The gift cards can be used long after the stolen cards are deactivated, typically to buy goods that are then sold on Ebay or on street corners.
With that information-along with the gift card number-the chain now has the long-desired full gift card transparency.

Such a service would require a few changes, such as having only bogus cards on display. The real gift cards would be stored under the counter at POS stations and each card would need to have some sort of a fold over where the password for that card would be typed.

Once paid for, the cashier would give the gift card to the consumer, tear off the password and hand it to the consumer as well, suggesting that they put it away in a pocket away from the gift card. Alternatively, the POS could be modified to allow the consumer to type in his/her own preferred PIN for the card.

The store could even offer to mail the card as part of its service. If that's offered, then the password would be included in the E-mail sent before the card is received.

In the mobile world, gift cards raise yet more issues, especially in terms of security, as Target and Starbucks discovered last month.

One card payments firm, Dimpledough, is pushing a gift card delivery system, but only for cards that are ordered online.

Dimpledough CEO Shawn Barrieau said one retailer-identified only as having more than $15 billion in annual sales-has bought its virtual gift card service and plans to roll it out next year. Initially it will be a free service, but the retailer may move to a 50-cent-to-75-cent charge later.

Barrieau said he saw many attractions to offering this service for the physical cards, but said there were legal issues-changing from state to state-that might complicate the ROI. Unclaimed property rules, for example, might make some chains prefer ignorance to transparency. "For liability reasons, some retailers just won't want to know" who the recipients are, he said.

The opinions expressed in this commentary are solely those of the author.
By Evan Schuman
Special to CBSNews.com