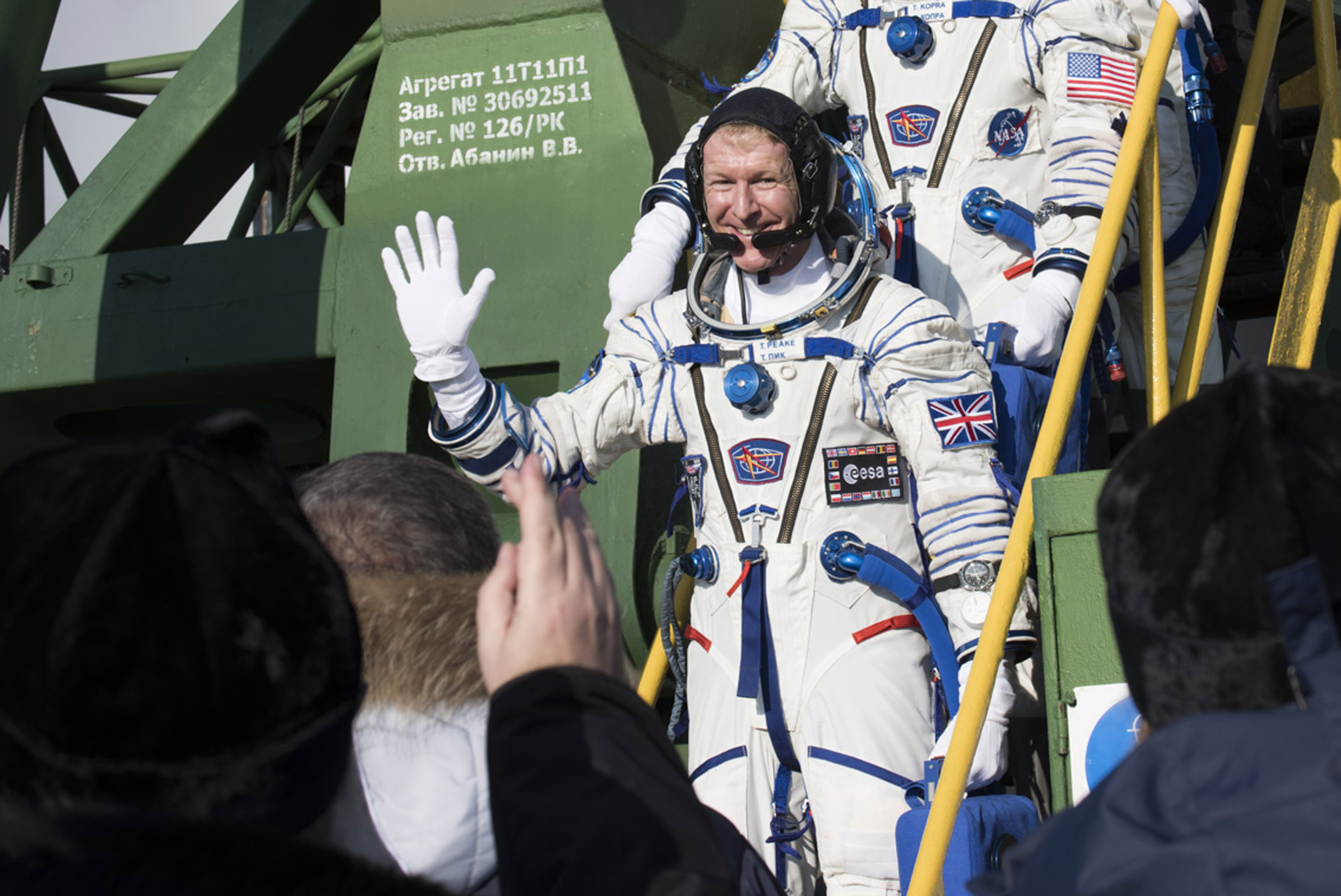 Peake and two crewmates, American Timothy Kopra and Russian Yuri Malenchenko, launched this morning on what ESA has dubbed the Principia Mission. They will spend six months working and living on the ISS, performing scientific experiments for ESA and its international partners.

Peake, a 43-year-old father of two, has become a bit of a celebrity back home in Britain, with well-wishers including Prime Minister David Cameron.

Peake graduated from the Royal Military Academy, Sandhurst, in 1992 as an officer in the British Army Air Corps. He earned his Army Flying Wings in 1994 and his career took off. He served as a reconnaissance pilot and flight commander in European countries, Kenya and Canada, was an Apache helicopter instructor and served with the Rotary Wing Test Squadron.

After retiring from the military in 2009, Peake was selected from among 8,000 applicants by the European Space Agency. He completed astronaut basic training in November 2010 and received Eurocom certification in September 2011, which allows him to be responsible for communication between astronauts in orbit and Europe's Mission Control Centre.

To advance his training, in 2011 Peake was part of an international team living underground for a week in a cave system in Sardinia to research human behavior and performance in extreme environments. In June 2012, he spent two weeks in the Aquarius habitat, an underwater lab off the coast of Florida. That same year he completed training and certification for spacewalks.

For the duration of his stay on the ISS, Peake will be updating the world on his progress through his Twitter feed, @astro_timpeake, and on his Facebook page. He says he hopes his research will inspire children to take an interest in science, technology, engineering and mathematics (STEM).

Fun fact: Peake is also an avid runner who plans on running the London marathon from space. According to ESA, Peake will strap himself to a treadmill on the space station and start running at the same time as thousands of runners on Earth, at 10:00 GMT on April 24 in London.

"The thing I'm most looking forward to is that I can still interact with everybody down on Earth. I'll be running it with the iPad and watching myself running through the streets of London whilst orbiting the Earth at 400km." Peake said in a statement on the ESA website.