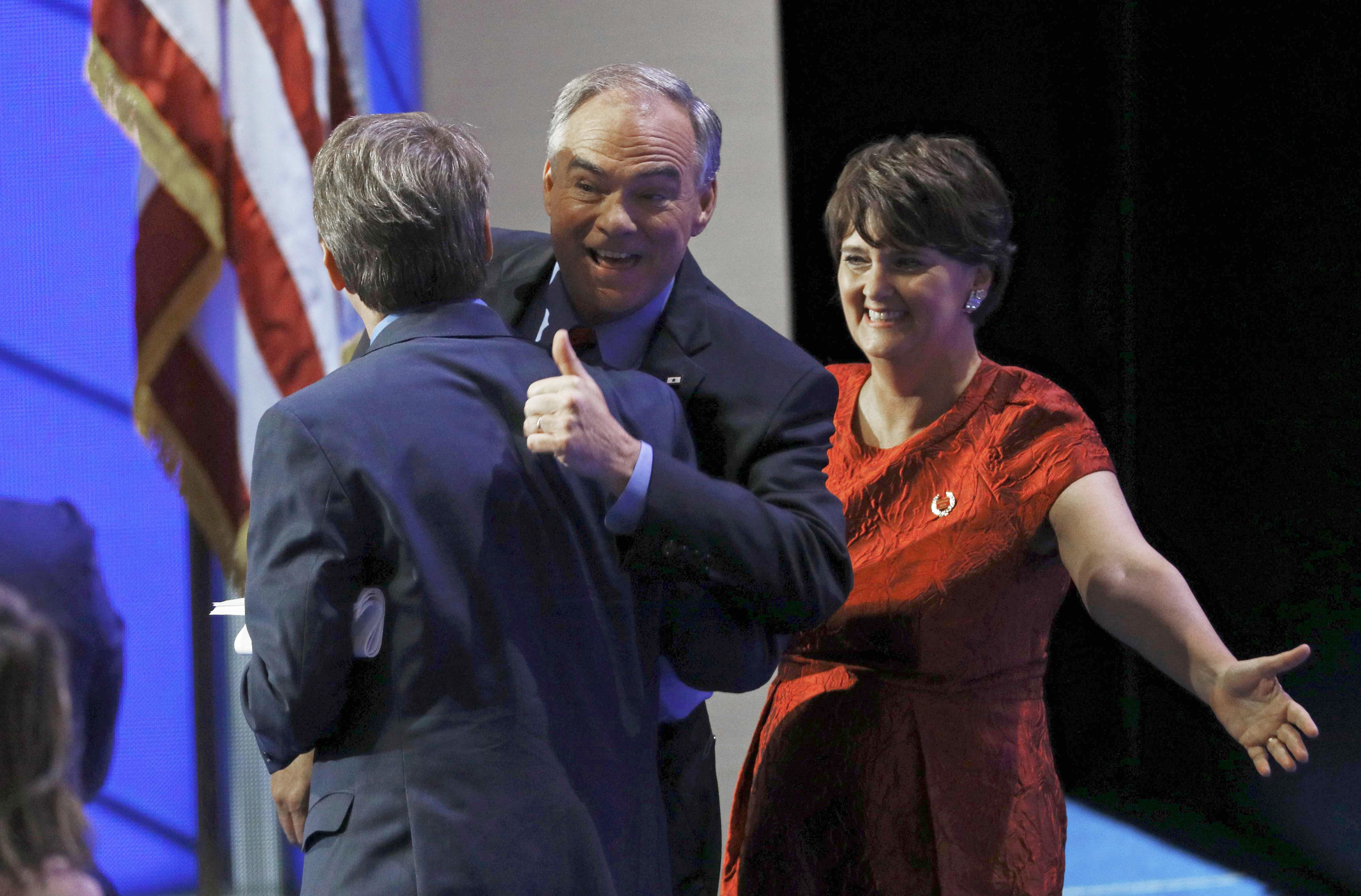 PHILADELPHIA -- As Virginia Senator Tim Kaine took the podium at the Democratic National Convention in Philadelphia Wednesday night to accept the vice presidential nomination, hundreds were posed and ready to tweet about his big moment in the spotlight.

Kaine, who was announced as Hillary Clinton's running mate last week, has served as senator, governor and mayor in Virginia, but for many Americans, his speech at the DNC was his first real introduction to the national spotlight.

While the Virginia senator addressed the audience, tweets poured in gently poking fun at him, with many on social media pointing out his "dad" qualities.

Some even drew comparison between Kaine and Vice President Joe Biden...which is when the dad comparisons pivoted to the uncle riffs -- what kind of uncle would Biden be compared to Kaine?

And the jokes didn't stop there.

While Kaine has said he considers himself "boring," Twitter users seemed to find him far from that, especially during his Donald Trump impression.

Others took to social media simply to point out that Twitter was on a roll, and to fantasize about the SNL skits to come.

During his address, Kaine was the the number one trending topic on Twitter. As of 11 p.m., he had more than 200,000 tweets about him.

With at least three more months on the national stage, voters can start getting ready for many more gif-able moments from Kaine.