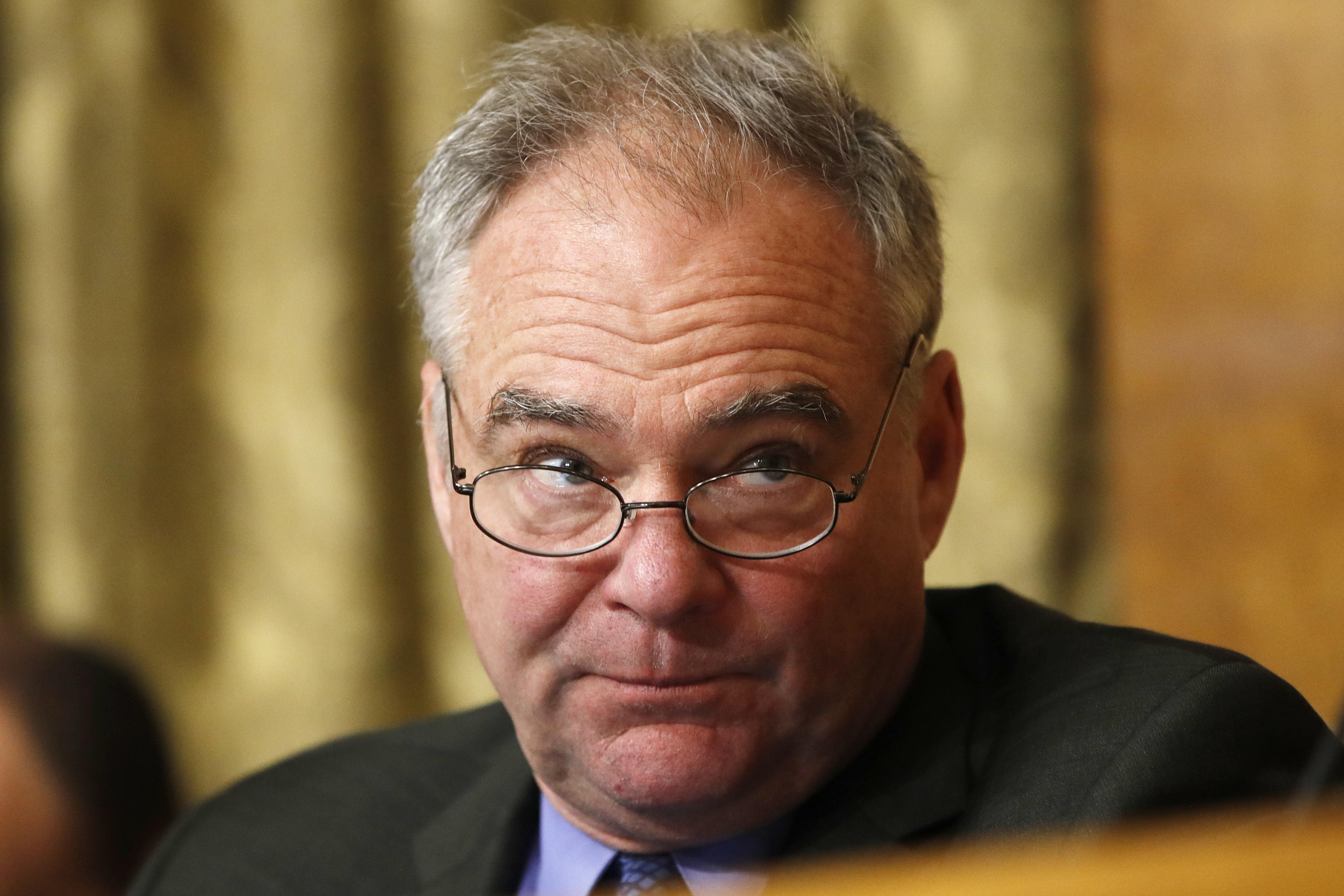 Sen. Tim Kaine is calling on the Trump administration to disclose a memo that he says outlines the legal basis for U.S. airstrikes conducted last year in Syria.

"The fact that there is a lengthy memo with a more detailed legal justification that has not been shared with Congress, or the American public, is unacceptable," the Virginia Democrat wrote in a letter Thursday night to Secretary of State Rex Tillerson.

Kaine said he's concerned that the legal justification in that memo "may now become precedent for additional executive unilateral military action, including this week's U.S. airstrikes in Syria against pro-Assad forces or even an extremely risky 'bloody nose' strike against North Korea."

He also argued in the letter that the administration's justification so far for airstrikes conducted in April 2017 has been "insufficient" and that because there was no immediate threat to the U.S. or personnel abroad, he suggests the president should have sought authorization from Congress to carry out those strikes. The U.S. had launched cruise missiles against a Syrian regime target in retaliation for a chemical attack at the time. In a televised statement, President Trump said he authorized the airstrike because "it is in the vital, national security interest of the United States to prevent and deter the use of deadly chemical weapons."

Kaine has asked for legal justification and further information about the U.S. mission in Syria twice since those airstrikes in April of last year.

The senator and 2016 Democratic vice presidential nominee has long advocated for a new authorization for the use of military force (AUMF), updating the version approved by Congress in 2001 that the Bush administration, Obama administration and now Trump administration have relied on to conduct military action against terrorist groups like al Qaeda and the Islamic State in Iraq and Syria (ISIS).

On Wednesday, the U.S. launched airstrikes on Syrian government-backed troops after they attacked Syrian opposition forces.

The April 2017 airstrikes reinvigorated the debate on Capitol Hill over a new AUMF last year, but division among lawmakers about whether to provide a more broad or more narrow authorization has impeded the effort to craft a new measure.