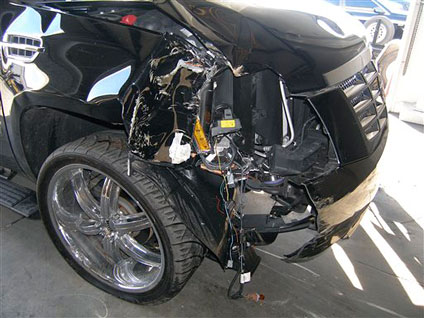 A final report on Tiger Woods' car accident outside his home in Florida shows he caused $3,200 in damage to property other than his SUV.

The six-page report released Wednesday by the Florida Highway Patrol also included 105 photos of the accident scene. It estimated damage to a fire hydrant Woods struck at $3,000, and a tree his vehicle hit at about $200.

The report only describes the accident and does not include statements from witnesses.

The inquiry into last week's crash has been closed, even though Woods has refused to talk to authorities. Woods was charged with careless driving, which carries a $164 fine and four points on his driving record.

The release of the report came just hours after Woods put out a statement saying he let his family down with "transgressions" he regrets.