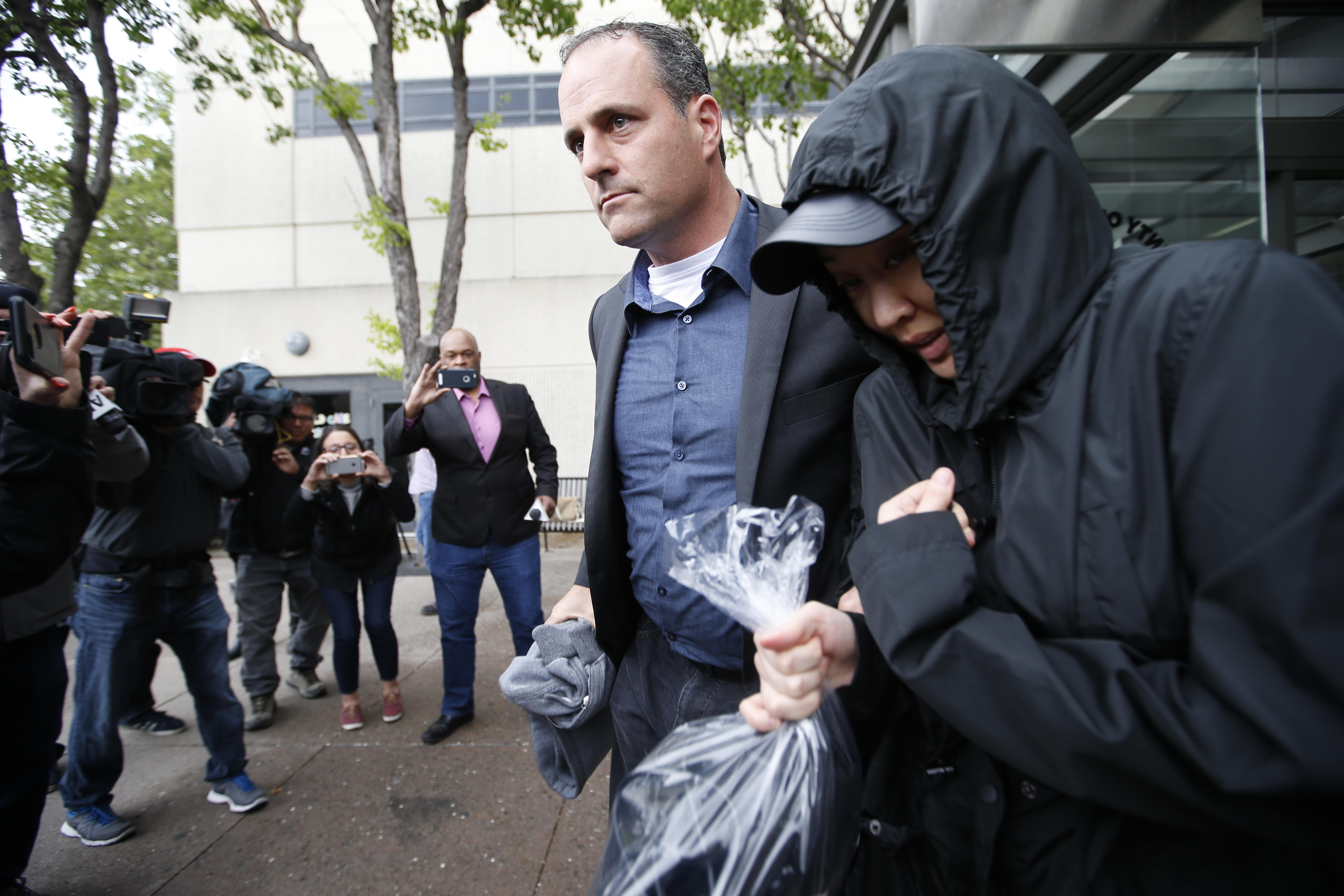 REDWOOD CITY, Calif. -- A Chinese real estate scion charged with orchestrating the murder of her children’s father was released from a San Francisco Bay Area jail Thursday after posting $35 million bail, a highly unusual financial transaction that startled and angered the victim’s family and friends.

Tiffany Li will remain out of custody after family, friends and her mother’s business associates raised $4 million cash and pledged Bay Area properties worth a combined $62 million to post her bail. Courts require double the bail amount when property is pledged instead of cash.

Li, 31, is charged with directing her boyfriend and another man to kill Keith Green, 27, and dispose of his body, which was found in May with a bullet wound to the neck 80 miles north of the suburban San Francisco mansion he and Li once shared with their two young daughters.

It was an emotional day for Green’s friends and family as they watched the mother of his children and his accused killer take one step closer to walking out of jail.

“We kind of knew it was coming. Nothing seems right about it at all,” said Angela Dunn, a family friend who told CBS San Francisco that Green lived with her the last six months of his life. “Money can get you all sorts of things.”

She says knowing his accused killer is about to walk of jail is difficult for everyone, especially Green’s mother.

“And she’s grieving terribly. I mean, what can I tell you? It’s her only child. We’ve seen the evidence and it’s terrible,” said Dunn.

Court records show 15 properties being pledged. Li’s attorney Carr said the properties are owned by family and business associates of Li’s mother, who spends most of her time in China where she profited from real estate investments.

Prosecutors say Li feared she would lose custody of her daughters. Li and the two men were arrested shortly after Green’s body was found and the trio is scheduled to stand trial in September. Li has pleaded not guilty.

A bodyguard ushered Li out of jail and into a waiting Cadillac Escalade Thursday afternoon, three hours after a judge ordered her released. The two men charged in the case remain in jail and haven’t asked for bail to be set because they don’t have the financial backing Li has, Li’s attorney Geoff Carr said.

“They have great resources and we are just regular folks,” Dunn said.

The bail system in the United States has been under legal and legislative attack in recent years. A number of class action lawsuits have been filed across the country challenging the constitutionality of requiring defendants to post cash bail to go free before trial. Critics of the system argue that cash bail schemes like the one found in California state court unfairly disadvantage poor suspects who can’t afford to post bail while allowing wealthy defendants like Li to go free pending trial.

Authorities in neighboring San Francisco County say they are examining cash bail requirements there after inmates filed a lawsuit.

The California lawmakers and supporters of their bills argue that the current system keeps many innocent people behind bars, disproportionately affects minority defendants and encourages some suspects to plead guilty simply to get out of jail.

Li is charged with directing her boyfriend Kaveh Bayat and Olivier Adella to kill Green and dispose of his body last year. Li and Green had an acrimonious split in October 2015 after Green discovered Li’s relationship with Bayat, Dunn said.

Li kicked Green out of the multimillion dollar home they shared with their children in Hillsborough, a suburb of mansions and large houses 20 miles (32 kilometers) south of San Francisco.

Carr said all defendants except those accused of death penalty-eligible crimes are entitled to “reasonable bail.”

The $35 million bail is the highest ever in San Mateo County’s history, a county official said.

San Mateo District Attorney Steve Wagstaffe said he’s concerned Li is a flight risk and is disappointed the judge didn’t set the bail even higher. His office asked for $100 million.

“If convicted she faces the rest of her life in prison,” Wagstaffe said. “That’s plenty enough incentive to flee back to her native China.”

Li will be required to turn over her passports, wear an electronic monitor and remain under house arrest.

Carr says the people who posted Li’s bail believe she is innocent and will not flee. If she does go on the lam, the court can confiscate the property and cash.