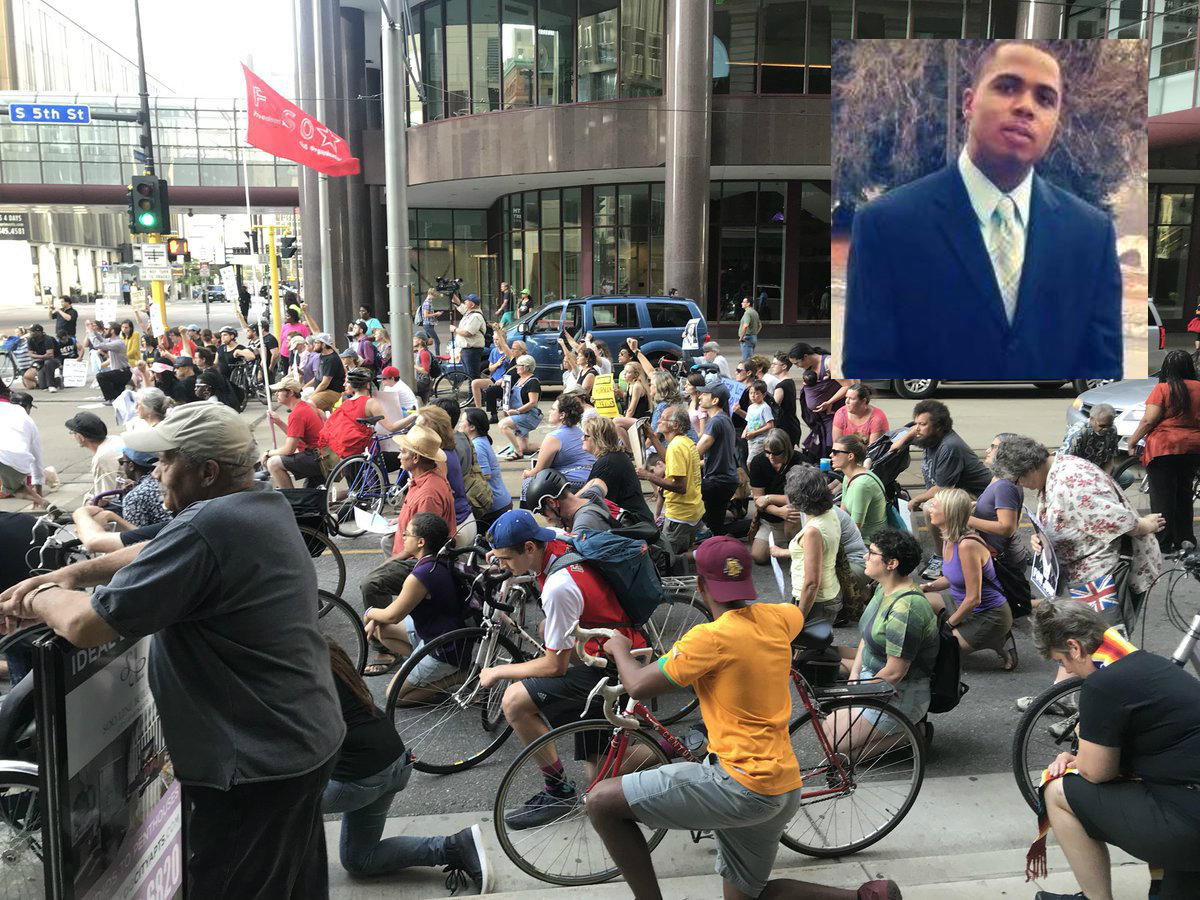 MINNEAPOLIS -- Hundreds of marchers blocked light rail tracks Tuesday afternoon in downtown Minneapolis, CBS Minnesota reports, following a rally protesting the decision not to charge the officers who shot and killed Thurman Blevins. The 31-year-old black man was shot and killed last month by officers Justin Schmidt and Ryan Kelly after the two responded to a 911 call about a man firing a gun into the air.

Organizers told CBS Minnesotra that the march on the tracks was intended to block trains headed toward Target Field for the Twins game against the Cleveland Indians. Metro Transit said commuters should expect delays for Blue and Green line trains, as well as for buses.

Earlier in the afternoon, hundreds of people gathered at the Hennepin County Government Center in downtown Minneapolis for a rally protesting the county attorney's decision not to charge two police officers in Blevins' June 23 death.

Body camera footage released Sunday night showed officers Schmidt and Kelly pull up in their cruiser and see Blevins seated on a curb near a woman with a child in a stroller. As the officers arrive, one says, "He's got a gun!" and they jump from the squad car. Blevins ran from officers for several blocks before being shot in a north Minneapolis alley.

The officers repeatedly told Blevins to stop and threatened to shoot him. While running, Blevins told the officers to leave him alone and pleaded with them not to shoot.

An enhanced version of the bodycam videos has a red circle drawn around what appears to be a gun in Blevins' right hand. The video shows it come into view as he looks over his left shoulder at the officers, before he is fatally shot.

On Monday, Hennepin County Attorney Mike Freeman announced his decision not to charge the officers, saying that their actions were justified because Blevins was armed, refused the officers' commands and pointed a gun at them.

Investigators found a casing from Blevins' gun in the alley. It's not clear if he fired the gun before being shot.

Following Freeman's announcement, community activists and Blevins' relatives called for the officers to be arrested and for an independent investigation. They say the shooting was unnecessary because Blevins was not a direct threat to the officers.

Blevins' family members said he wasn't a danger while he was running away. His sister, Darlynn Blevins, said her brother "ran for his life" because he was scared and the officer "emptied his clip into my brother's back."