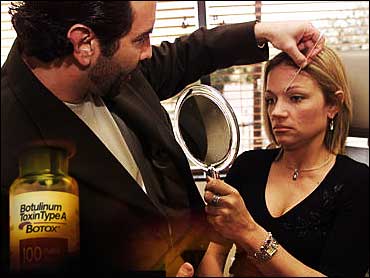 No mystery here, Botox is the ultimate quick fix: it's a fast, fairly painless, and effective way to get rid of wrinkles, for a while, anyway.

Botox is also getting easier to find. No matter where you live, all you need is a little curiosity to snag an invitation to a Botox party, where there is plenty of food, drinks and a very compelling show. CBS News Correspondent Tracy Smith reports for Friday's The Early Show.

You can't see Botox itself, but the results are highly visible: furrowed brows become smooth. Squinting eyes relax and the years seem to recede.

"Dr Paul Nassif is a facial plastic and reconstructive surgeon in Beverly Hills. He's probably the most famous doctor in the world right now for Botox and Botox parties," his assistant told guests at a recent party.

On that night, more than two dozen people turned out to see Dr. Nassif and his magic needle, and even those who didn't like needles found the process confortable.

The party took place in Las Vegas, but it could be anywhere. Events like this are being organized in cities and towns across the country, wherever there are doctors looking to expand their client lists, and patients lining up for a shot of something that'll turn back the clock.

Critics say Botox isn't for everyone and people who get Botox at a party could be gambling with their looks.

There are stories about how Botox migrates down.

"No one knows how, though," says Dr. Nassif. "There's a very small chance that it can migrate and give you a sleepy eye, a little sleepy eye. And of course it's temporary."

That's a good thing, because some patients, like Days Of Our Lives actress Susan Walters, find their new Botox-frozen faces tough to live with.

But to others it's at least worth a shot.

"Now Jeff as you can see, his lines are a little, rather deep, but remember, it adds character," says Dr. Nassif to a man who visited the party to get a little less character. Jeff Nelson wanted forehead work.

The procedure is mercifully brief. His wife Diane was sympathetic and she was next.

"I'm not a big fan of needles and when you have it done here, you see the needle coming right toward your face and it's a little unnerving for a second but if he did, it I had to do it or I'd never live it down," she said.

The two of them went off to watch their faces change, together.

"I think whatever makes you feel better is an important thing to do. We'll see what he looks like in four days," said Diane.

"She may not recognize me!" added Jeff.

Why throw a Botox party?

"It's a great way for people to meet each other and it's a comfortable way for patients to get Botox," answered Dr. Nassif.

But Dr. Patricia Wexler disagrees, "As a doctor I feel it's inappropriate. It sends a wrong signal. It also trivializes the person doing the procedure. Privacy is important and these parties are a marketing tool." Dr. Wexler has been treating patients with Botox for more than a decade. Her patients include stars such as Joan Rivers.

"You're sharing Botox with your friends," says Dr. Nassif. What his patients don't share with their friends is alcohol: Dr. Nassif allows them water only before their procedures. He believes in safety and he believes in Botox.

"I've had Botox before. I need it again, as you can see. There's a wrinkle right there and my crows feet are coming back," he said pointing at his wrinkles.

Even for the doctor, the results are fleeting and that promises to push Botox sales ever higher, as users keep coming back for more.

Dr. Wexler warns that people can get addicted to Botox.

"People with addictive personalities can get addicted to anything, and it's up to the doctor to say 'no'. That word should be in their vocabulary."

There are however, other uses for Botox such as easing sweaty palms and underarms. "Also, treatment for children with cerebral palsy, herniated discs," adds Dr. Wexler. So what's the next best thing in cosmetic dermatology? 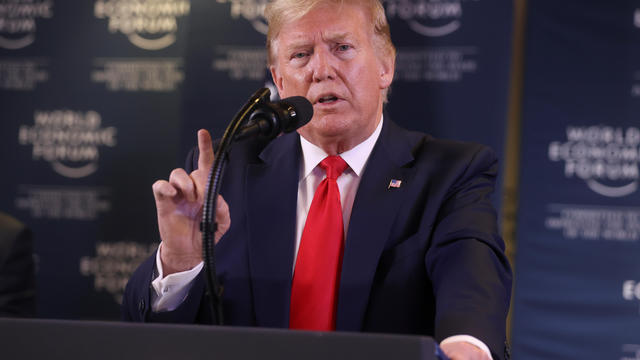