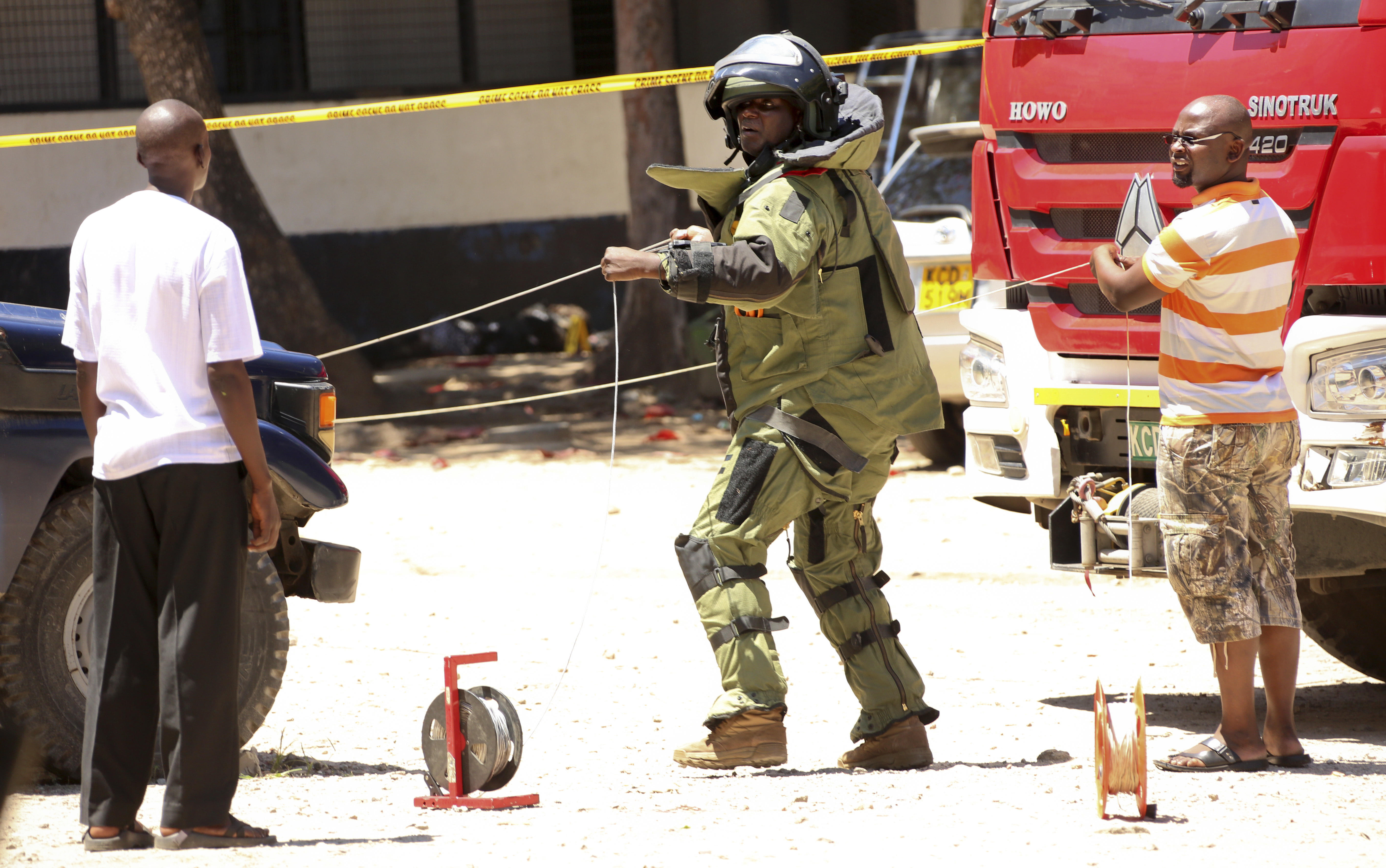 NAIROBI, Kenya - Three women have been killed after they attacked a police station in the Kenyan coastal city of Mombasa, a police official said Sunday.

One of the women threw a petrol bomb at officers while another pulled out a knife, Mombasa police chief Parterson Maelo said, adding two policemen were wounded in the attack.

The women, who were dressed in niqabs, were then shot by police.

Maelo said the women arrived at the central police station at about 10:30 am to report a stolen telephone.

“While the officers were questioning them about the particulars of the stolen phone one of them drew a knife and another threw a petrol bomb at the officers of the report office,” he said.

No group has claimed responsibility for the attack.

Kenya faces a constant danger of being attacked by adherents of the Somali militant group al-Shabab, which has vowed retribution for Kenya’s deployment of troops to Somalia in 2011.

Al-Shabab is al Qaeda’s affiliate in the region. It has recruited hundreds of Kenyans and used them in numerous attacks on the country, including the April 2015 attack at Garissa University which killed more than 148 people.

Recently, al-Shabab attacks in Kenya have been limited to the border towns of Mandera and Liboi near Somalia.

However, Kenya is also struggling to battle Islamic State of Iraq an Syria (ISIS​) recruitment of some of the country’s youths. At least 20 young Kenyans have travelled to Libya to join the extremist group, according to police.

Authorities have also been warning of a plot by extremist medics to unleash an anthrax attack. Four medics are in police custody accused of being ISIS members and plotting such an attack.

Authorities fear ISIS is trying to establish a presence in Kenya, East Africa’s biggest economy and telecommunications and transport hub.

There is concern that those who join ISIS and al Qaeda will be used to launch attacks on Western targets in Kenya and neighboring countries.