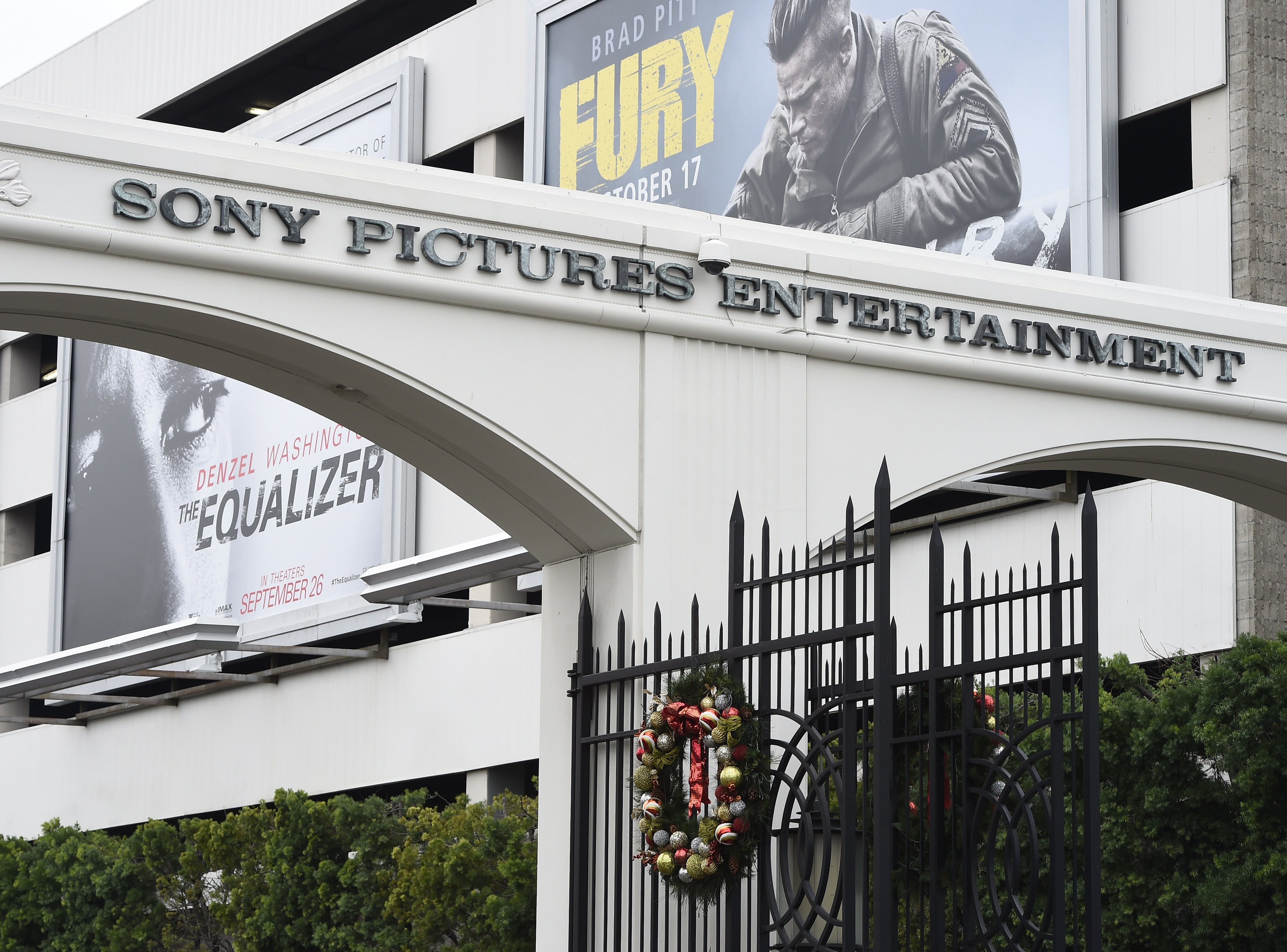 NEW YORK -- Threats of violence against movie theaters. Reported cancelled showings of "The Interview." Leaks of thousands more private emails. Lawsuits by former employees that could cost tens of millions in damages.

The fallout from the hack that began four weeks ago exploded Tuesday after the shadowy group calling itself Guardians of Peace escalated its attack beyond corporate espionage by threatening moviegoers with violence reminiscent of the terrorist attacks of September 11, 2001.

The Department of Homeland Security said there was "no credible intelligence to indicate an active plot against movie theaters," but noted it was still analyzing messages from the group, dubbed GOP. The warning did prompt law enforcement in New York and Los Angeles to address measures to ramp up security.

DHS and the FBI are attempting to determine whether the threat is just a scare tactic or a credible warning about a pending attack, reports CBS News correspondent Bob Orr.

Those security fears reportedly spurred Sony to allow theater chains to cancel showings of the Seth Rogen and James Franco comedy "The Interview," that has been a focus of the hackers' mission to bring down Sony.

Carmike Cinemas, which operates 247 theaters across the country, was the first to cancel its planned showings of the film, according to The Hollywood Reporter. It remains to be seen if other chains will follow suit. When reached Wednesday by "CBS This Morning," Carmike wouldn't comment.

There film's New York premiere was scheduled for Thursday at Manhattan's Landmark Sunshine, and it was expected to hit theaters nationwide on Christmas Day.

But there are reports the New York premiere has been cancelled.

L.A. Police Chief Charles Beck said he doesn't "think people should be afraid to go to the theater and see this movie. ... That achieves the goal that terrorists set."

Director Judd Apatow was defiant, tweeting, "I am not going to let a terrorist threat shut down freedom of speech. I am going to The Interview."

Rep. Peter King (R-N.Y.) told CBS New York said he plans to see the movie as an act of defiance. "We should not, can't be giving in to these terrorist threats, otherwise they can be threatening us all the time and they can stop every major event we have in this country," King said.

"No film studio should ever buckle under the kind of pressure that they attempted to apply," CBS News Analyst Frank Lutz said. "The worst consequence of all from the Sony hacking scandal would be if motion picture studios weren't to produce the films that they want to produce."

GOP also released a trove of data file including 32,000 emails to and from Sony Entertainment CEO Michael Lynton in what it called the beginning of a "Christmas gift."

The filing follows another lawsuit this week from two other former Sony employees accusing the studio of being negligent by not bolstering its defenses against hackers before the attack. It claims emails and other leaked information show that Sony's information-technology department and its top lawyer believed its security system was vulnerable to attack, but that company did not act on those warnings.

Sony potentially faces tens of millions of dollars in damages from a class-action lawsuit, said Jonathan Handel, an entertainment law professor at the University of Southern California Gould School of Law.

In "The Interview," Rogen and Franco star as television journalists involved in a CIA plot to assassinate North Korean leader Kim Jong Un.

Speculation about a North Korean link to the Sony hacking has centered on that country's angry denunciation of the film. Over the summer, North Korea warned that the film's release would be an "act of war that we will never tolerate." It said the U.S. will face "merciless" retaliation.

But on Tuesday, Rogen and Franco pulled out of all media appearances, canceling a Buzzfeed Q&A and Rogen's planned guest spot Thursday on "Late Night With Seth Meyers." A representative for Rogen said he had no comment. A spokeswoman for Franco didn't respond to queries Tuesday.

The FBI said it is aware of the GOP's threats and "continues to work collaboratively with our partners to investigate this matter." FBI director James Comey last week said that investigators are still trying to determine who is responsible for the hack.

The New York Police Department, after coordinating with the FBI and Sony, planned to beef up security at the Manhattan premiere, said John Miller, the NYPD's top counterterrorism official.

"Having read through the threat material myself, it's actually not crystal clear whether it's a cyber response that they are threatening or whether it's a physical attack," Miller said. "That's why we're continuing to evaluate the language of it, and also the source of it. I think our primary posture is going to be is going to have a police presence and a response capability that will reassure people who may have heard about this and have concerns."

The National Association of Theatre Owners had no comment on the developing situation. Neither Sony nor representatives from individual theater chains, including Carmike, responded to requests for comment.

Since the hack surfaced late last month, everything from financial figures to salacious emails between top Sony executives has been dumped online.

In their warning Tuesday, the hackers suggested Sony employees make contact via several disposable email addresses ending in yopmail.com. Frenchman Frederic Leroy, who started up the yopmail site in 2004, was surprised to learn the Sony hackers were using yopmail addresses. He said there was no way he could identify the users.

"I cannot see the identities of people using the address ... there is no name, no first name," he said in a phone interview with The Associated Press. He said yopmail is used around the world but there are "hundreds and hundreds" of other disposable email sites.

Leroy, who lives in Barr, outside Strasbourg in eastern France, said he heard about the Sony hackers yesterday on the radio but knows nothing more. He said he has not been contacted by any authorities.