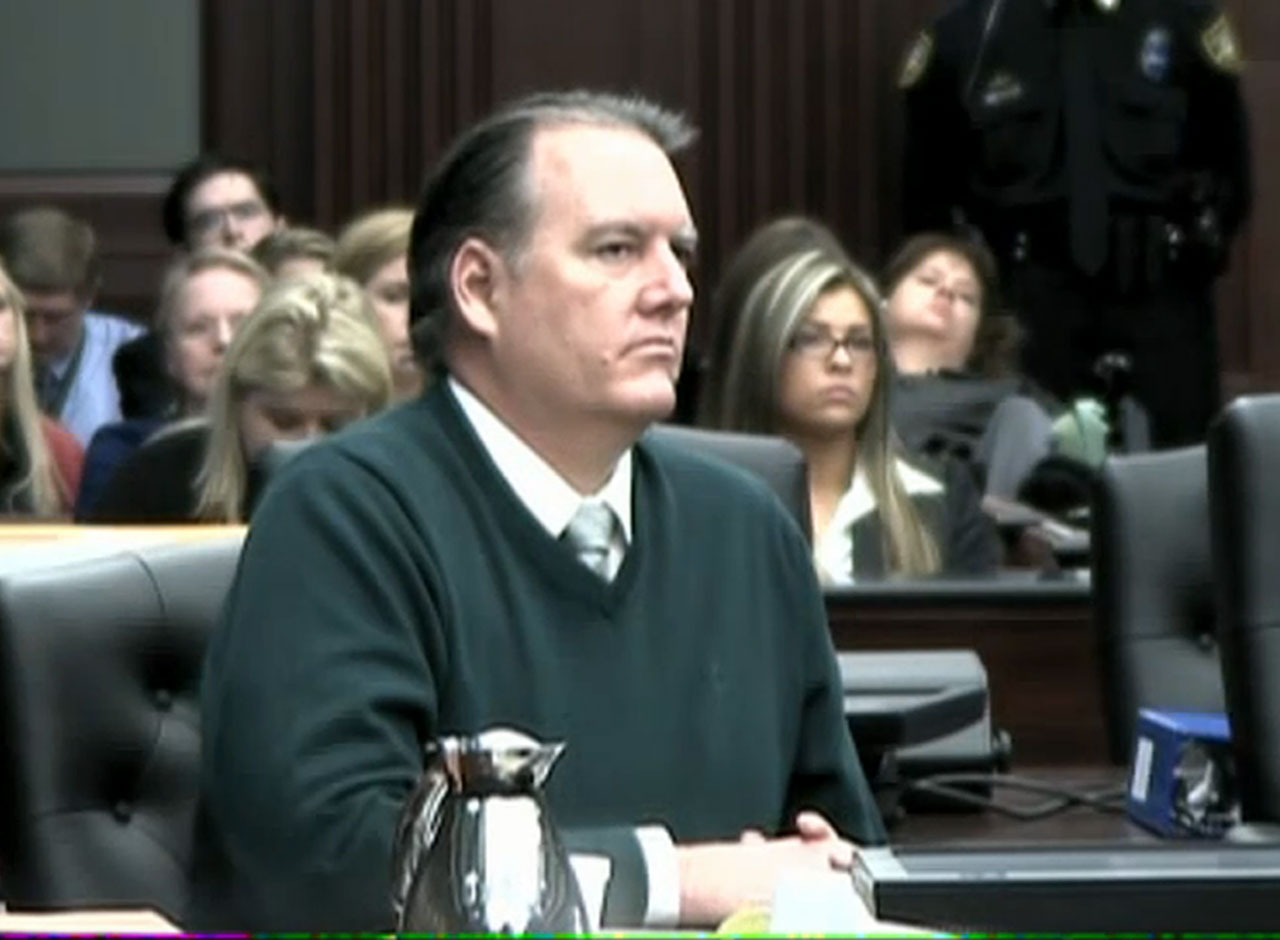 Was Michael Dunn in fear for his life whenh he shot and killed 17-year-old Jordan Davis in the parking lot of a Florida gas station, or was he just angry over being disrespected?

That is the question at the center of the first-degree murder trial that began in Jacksonville Thursday.

Dunn, 46, is accused of firing at least 10 shots into the red Dodge Durango that the 17-year-old Davis and three other teen boys were riding in on the day after Thanksgiving 2012. He is charged with one count of first degree murder, three counts of attempted first-degree murder, and one count of shooting into an occupied vehicle. Dunn has pleaded not guilty and maintains that he shot at the teens in self-defense.

In his opening statement, prosecutor John Guy told the jury that just after Dunn pulled up beside the teens at the Jacksonville gas station around 7:30 p.m. on Nov. 23, Dunn said to his girlfriend, “I hate that thug music.”

Guy said that Dunn asked the teens to turn the music down and that he and Davis exchanged “F-bombs” because Davis “didn’t want to be told what to listen to or at what volume to listen to it.”

In his opening statement Strolla said that Davis verbally threatened his client and that at the time Dunn began shooting, Davis was getting out of the car, armed with “a deadly weapon,” and that after the shooting, the teens pulled away from the gas station and got rid of the weapon.

“There was ample time to get rid of a firearm or a tire iron or a deadly weapon because they were 100 yards away,” said Strolla.

The question of whether the teens had, and disposed of, some sort of weapon, appears to be at the heart of the defense’s case. Strolla made much of the fact that after the shooting, the teens sped off and stopped about 100 yards away in a parking lot. According to one witness, they returned to the gas station about five minutes later.

Guy told the jury that police searched the vehicle after the shooting and found “no guns, no bats, no tire irons,” just, he said, “a camera tripod stuffed beneath one of the seats.”

Dunn had previously told police that he thought he saw something like the barrel of a gun in the backseat.

Strolla, however, had harsh words for the lead police agency, the Jacksonville Sheriff’s Office. He said officers did not properly secure or search the area where the teens pulled off to, and that “nobody in law enforcement cared what Michael Dunn had to say” about what had happened that night. He accused one detective of arriving to the crime scene unprepared, and faulted officers for not making sure witnesses weren’t talking to each other before they were interviewed by police.

Strolla also made much of the volume of the music coming from the red Durango, saying that the other teens in the car might not have been able to hear Davis threaten Dunn. He said that Davis told Dunn “you’re dead, b***h” and then began to get out of the car “with a deadly weapon.”

“We’re not here to say anybody deserved to lose their life, but under the law it’s justified,” said Strolla. “Michael Dunn had every right under the law to not be a victim, to be judged by 12 rather than carried by 6.”

The prosecution played surveillance video from the gas station on which the gunshots can be heard: Three loud shots blast in quick succession, then a pause, then four more, then another pause, then three more. According to the prosecution, every single shot hit the car. Three struck Jordan Davis, who died later at the hospital.

On Wednesday, 16 jurors were chosen to hear the case, including four alternates. According to CBS affiliate WTEV, 10 jurors are women, six are men, and five of the 16 are minorities. All have been sequestered, which means they will be kept away from their family and work, as well as TV and Internet until the trial concludes.

It's expected to take about two weeks.