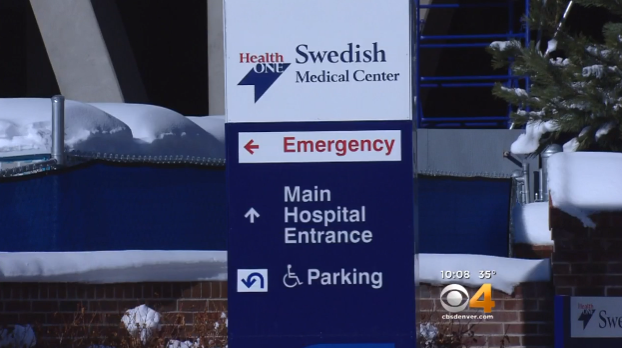 A former surgical technician suspected of stealing pain medication at a hospital in Englewood, Colorado, has been indicted by a federal grand jury -- and there's concern his actions could have put patients at risk.

In late January, Rocky Allen allegedly removed a syringe containing the narcotic drug Fentanyl Citrate from a workspace and replaced it with a similar syringe at the beginning of a surgery, CBS Denver reported. Allen, 28, was given a urinalysis and tested positive for Fentanyl.

The hospital, Swedish Medical Center, fired Allen and notified surgery patients who may have been put at risk due to needle swapping.

The hospital told 2,900 people that they should be tested for HIV and hepatitis B and C, which can be transmitted by contaminated needles.

"We deeply regret that one of our former employees may have put patients at risk, and are sorry for any uncertainty or anxiety this may cause," Richard A. Hammett, president and CEO of Swedish Medical Center, said in a statement.

"Please know our first concern is the health, care, safety and privacy of our patients and we are working diligently to look after the wellbeing of the patients who may have been affected by the wrongful actions of this individual," he said.

Robert Jacobs' 13-year-old daughter was among the patients urged to have blood work conducted.

"Every day she would come in and ask me if the results were in," Jacobs said "You're worried all the time and when they finally came back yesterday, I was ecstatic."

Denver attorney Jim Avery represents more than a dozen Swedish Medical Center patients who are in the testing group. As of Tuesday evening, he said two of his clients had tested positive for Hepatitis B.

The charges against Allen were announced Tuesday morning following an indictment by a federal grand jury. He faces charges of tampering with a consumer product and obtaining a controlled substance by deceit and subterfuge.

Allen surrendered to U.S. Marshals in downtown Denver Tuesday and he was scheduled to appear in federal court in the afternoon. If convicted, he faces a maximum sentence of 14 years in prison and a possible fine of $500,000.

The hospital said in their statement that they will continue to collaborate with all investigatory and law enforcement agencies in hopes of prosecution for Allen's criminal actions.

Allen worked at Swedish Medical Center between August 17, 2015, and January 22, 2016. Only patients who had surgery at a Swedish Medical Center operating room during that time have been contacted for testing. Individuals who underwent surgery between those dates who want to confirm whether they are included in the testing group can call (303) 728-7140.

Allen previously worked at Banner Thunderbird Medical Center in Glendale, Arizona, and John C. Lincoln Medical Center (formerly known as North Mountain Hospital) in Phoenix. Both of those centers have issued health alerts to patients and offered testing for HIV and hepatitis B and C in light of the case at Swedish Medical Center.

"We appreciate the cooperation we have received as we work through our investigative process," Dr. Larry Wolk, Executive Director and Chief Medical Officer at the Colorado Department of Public Health and Environment, said in a statement.