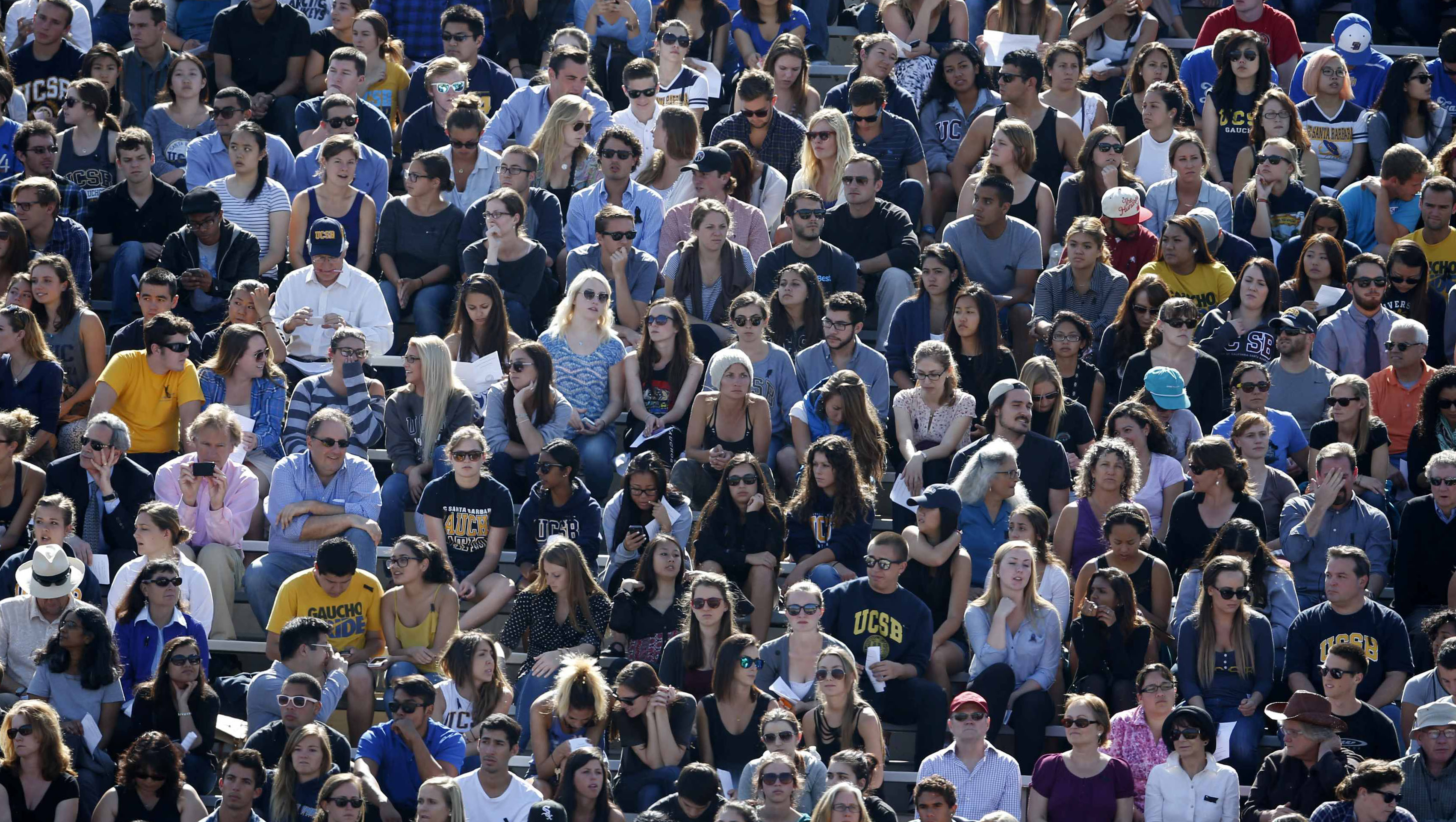 University of California President Janet Napolitano urged that the victims be remembered for what they did in their brief lives.

"It is important that we don't lose sight of the lives lost or why we've gathered. As long as they're in our hearts, they are not gone," she told the crowd at the campus stadium.

The school canceled classes and declared a day of mourning and reflection on Tuesday, four days after the attack.

"I am deeply saddened and heart broken by the tragedy that has happened. We ask why such a beautiful place and why beautiful people have been hurt this way," Napolitano said.

But she added, "We have a spirit and resilience in our community that can never be taken from us."

"They have done nothing and that's why Chris died ... in my opinion," Richard Martinez said.

Rodger had legally obtained three semi-automatic handguns and still had 400 unspent rounds of ammunition when he shot himself to death, authorities said.

Martinez said the American public has become too used to mass killings.

"It's almost become a normal thing for us to accept this," he said, referring to mass-killings. "It's not normal ... life doesn't have to be like this."

"I am going to ask you to shout the words, 'Not one more.' When we do this I want it to be so loud they hear it in Washington, D.C."

"May we together create a peaceful world and let hatred be gone with the wind," the Hong family statement said.

"We will learn to love people as the way you did," the Wang family said, addressing their loved one . "Goodbye for now until we see you in heaven."