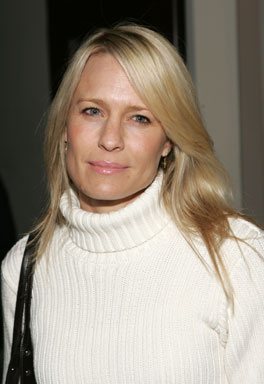 And out of that dream factory came the great romantic couples of the movies, reports CBS News Sunday Morning Anchor Charles Osgood. You hardly think of one without the other: Hepburn and Tracy, Myrna Loy and William Powell, Doris Day and Rock Hudson...and, of course, Fred Astaire and Ginger Rogers.

"There's something about that panache, that teamwork," says Janet Maslin of the New York Times. "It's just the kind of sense of shared destiny to do it together to be in sync in that way. It just gave you hope for what a couple could do."

As a pair of dueling lawyers in Adam's Rib, and as a highly competitive athlete duking it out with her promoter in Pat and Mike, Katharine Hepburn and Spencer Tracy revealed how much their on-screen chemistry was based on the principle that opposites attract.

"She was just regal and beautiful and aristocratic, and he was this kind of grouchy lug," says movie critic Owen Gleiberman of Entertainment Weekly magazine

And, in the Thin Man series from the '40s, as Nick and Nora Charles, William Powell and Myrna Loy played detectives who often seemed more concerned with hangovers than homicide.

Says Maslin, "The thing you think when you see those movies now is how are those people still standing? I mean, they're having martinis from about 11 o'clock in the morning, and you wonder why they're not talking to the dog more than they are just kind of barking... They were so sophisticated that it now seems strange. But I think we loved them just for the urbanity."

Gleiberman offers another theory: "I think the great screen couples have had a real kind of crackling chemistry because they are so different. I think that one of the last times you see that kind of couple in a modern setting is probably Streisand and Redford in The Way We Were. I mean...the movie kind of played off the ethnic tension between them. I'm not so sure that we have the same kind of differences in the couples today."

That may just be a polite way of saying, "Well, they don't make them like they used to."

"I think audiences would secretly die for another kind of movie like his if anybody would make one, but they’re just considered uncool... I think that secretly there is an audience for this stuff, but it’s not considered...fashionable, and you can’t get actors like Brad Pitt to do it," says Maslin.

Brad Pitt's latest movie, The Mexican, opens next week. Even with Julia Roberts at his side, it bears no resemblance to the style of the glamorous screen couples of another era.

"Here you have a guy who looks like the young Robert Redford, who could...go out there and remake these kind of movies in a minute," says Maslin. "He's in a movie with Julia Roberts. They both look awful. The movie looks awful. The whole idea looks awful."

Hollywood used to be about glamour

Movie romances carry a roughness now that they did not used to, she explains, adding, "no tension to the sexuality, no surprise, no secrecy... It's all very raw and doesn't make much for romance... Now, they say everything... Holding back is just obsolete -- for the moment, anyway."

Holding back. It defined the old style. Look at Bogey and Bacall in The Big Sleep. They may have been talking about horseracing, but that wasn’t what they were thinking.

Without being in your face, Bogey and Bacall fairly oozed sex.

Today, what we have is not just a lack of romance at the movies, but also of the mystique that surrounded it.

The lines between the public and private lives of the stars started getting blurred in the '60s, with the on-screen match of Elizabeth Taylor and Richard Burton. The volatility of their off-screen marriage, divorce and remarriage kept moviegoers enthralled.

It may have helped them do their best work: the Oscar-winning portrayal of marriage as a wicked game of wits in Who’s Afraid of Virginia Wolfe.

But today, that line between public and private lives of the stars is not only blurred. It’s practically obliterated.

Says Maslin, "Audiences are less likely, I suppose, to believe in the kind of chemistry that you need to accept a kind of Thin Man pairing. You might now believe that Meg Ryan and Tom Hanks are madly in love if you know what you know about any of them personally. I suppose it's just harder to create the kind of web of illusion that was necessary in those days."

But Maslin thinks that Ben Affleck and Gwyneth Paltrow showed some chemistry in the movie Bounce. "I don't know what goes on between them in the real world," she adds. "But, you know, they were...well teamed, and they really had potential, which you don’t see very much anymore. I wish there was more of it around."

Gleiberman strikes a note of hope: "I think people will always go to the movies to see people falling in love and working out the conflicts that arise. In some ways, I think that movies haven’t even begun to deal with ome of the contemporary tensions that grow out of the new power and equality of women. I think, for the first time, we’re living in a society where...the politics of all that are pretty much equal now. And in some ways, I don’t think that the movies have risen to the occasion the way they did back in the '40s."

So, even if they don’t make 'em like they used to, you don’t have to look any further than Hepburn and Tracy or Fred and Ginger to wonder: "Why not?"