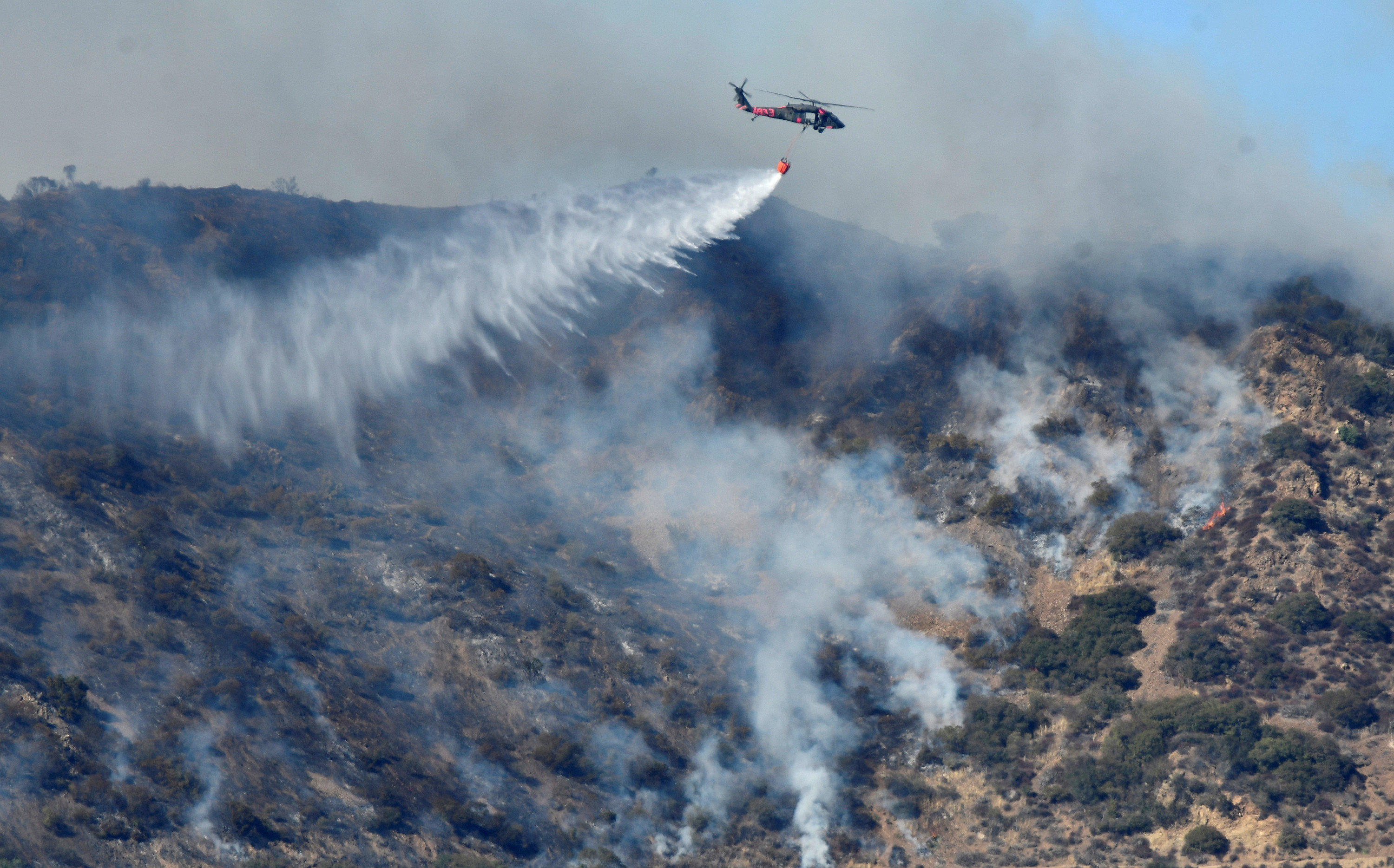 LOS ANGELES -- A California wildfire that has killed two people and seared its way through cities, towns and wilderness northwest of Los Angeles became the largest blaze ever officially recorded in California on Friday, authorities said. The fire in Ventura and Santa Barbara counties had scorched 273,400 acres, or about 427 square miles of coastal foothills and national forest, according to the California Department of Forestry and Fire Protection.

The Thomas fire took only 2 ½ weeks to burn its way into history books as unrelenting winds and parched weather turned everything in its path to tinder - including more than 700 homes.

The Cedar fire had been recognized as the biggest California wildfire in terms of acreage since 1932. Some fires before that date undoubtedly were larger but records are unreliable, according to state fire officials.

A firefighter and a civilian fleeing the flames died in the Thomas fire as days of unrelentingly dry, gusty winds drove the flames. At times firefighters were forced to retreat to safe areas and simply wait for the flames to pass so they could attack them from the rear.

Often erratic gusts combined with extremely low humidity - it dropped to just 1 percent on some days - pushed the blaze with virtually unprecedented speed, blackening more ground in weeks than other fires had consumed in a month or more.

On Wednesday, as the fire continued to march north and west, Santa Barbara County fire Capt. David Zaniboni was awed by the speed of its growth.

"Those (other) fires burned for weeks and weeks and this fire is only a few weeks old," he said. "It's incredible."

By that point, firefighters already were beginning to take advantage of a lull in the weather. Several days of easing winds allowed crews to burn and bulldoze protective firebreaks in the foothills above threatened communities, including the celebrity enclave of Montecito.

By Thursday, most of the southern end of the fire also was surrounded and the last mandatory evacuation orders were called off.

As of Friday, while 18,000 homes and other buildings were technically still at risk, there was little flame showing in previously burned areas and the fire was moving slowly through remote wilderness.

The fire was 65 percent contained and colder, moister weather was helping. Although some 50-mph winds gusts were recorded, it produced "no remarkable fire activity" near Montecito or other areas, according to a state fire report.

Brush and timber in the area remain tinder dry, and fire crews are setting backfires to burn it out, and that could add to the fire's size.

"The main fire itself will not have any growth," Capt. Brandon Vaccaro of the California City Fire Department told the Los Angeles Times. "Any growth that we see or is reflected in the acreage will be based on the control burns."