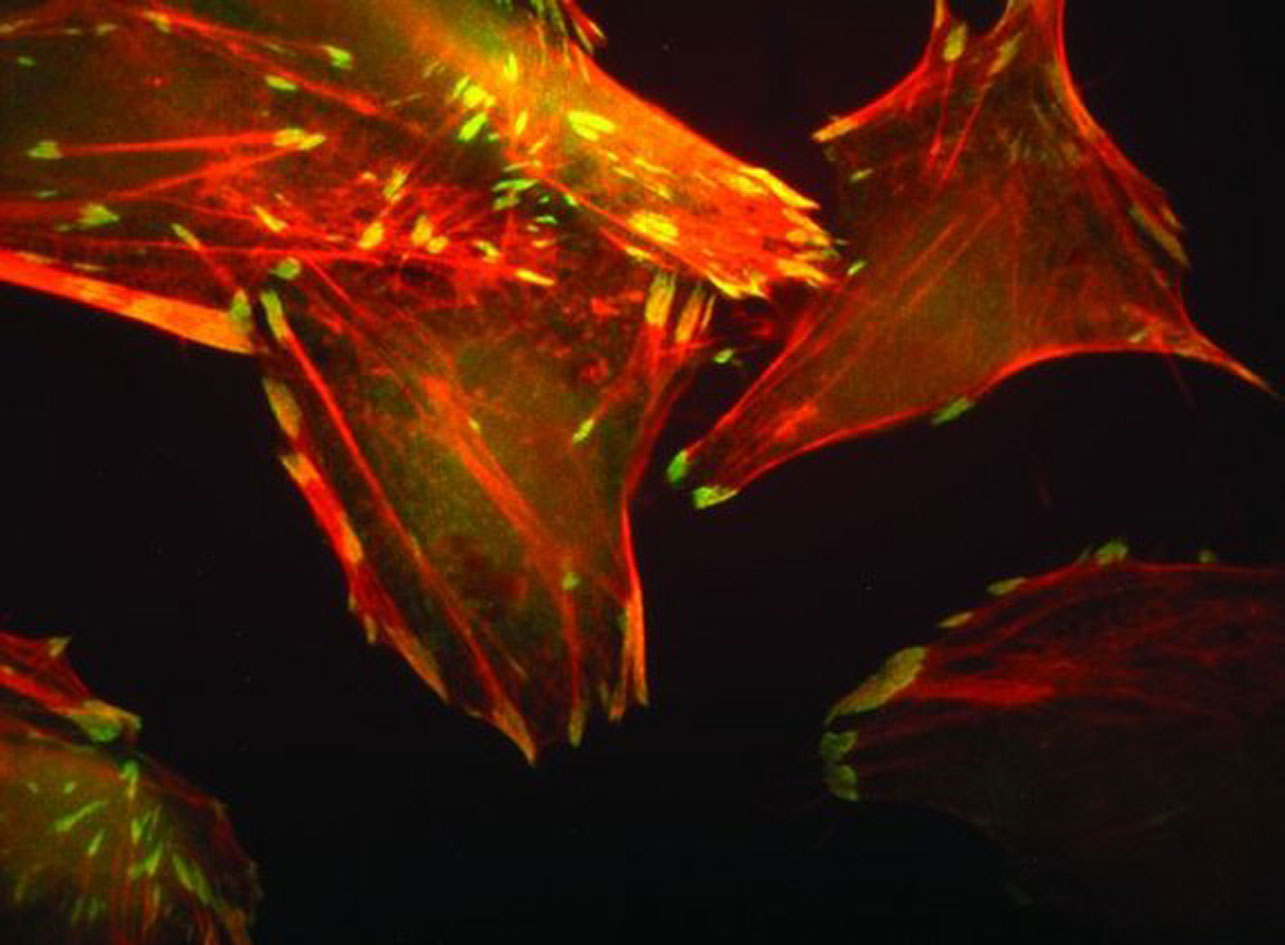 Astronaut photos of Earth from space are undeniably amazing, but snapshots of inner spaceparticularly human cells can be spectacular, too.

A new photo of human cells in space taken on the International Space Station looks more like art than science. The image, titled "Goldfinger" by scientists, reveals a monocyte immune cell as a hauntingly translucent, reddish-orange object tipped with green accents.

The human cell photo in space was taken on the station under "simulated gravity" conditions using the European Space Agency's Kubik incubator, which includes a centrifuge to mimic gravity in the weightlessness of space, ESA officials said in an image description.

To create the image, the cells were placed on gold-coated slides. As the cells grew, they removed the gold coating, which allows scientists to measure their movement in space. Antibodies in the cells designed to shine under a fluorescence microscope to track proteins created the photo's strange colors.

"Some cells, such as those in muscles and our immune system, are mobile. Others, such as those in our bones, are fixed," ESA officials said in a statement. "Knowing how spaceflight affects the mobility of cells is important for astronauts and mission designers."

On Earth, the mobility of a body's cells is dependent on each cell's cytoskeleton —the internal cell structure. Experiments in space, however, have revealed that cytoskeleton changes in orbit lead to reduced cell mobility.

"This process may be one of the reasons why astronauts suffer from weakened immune systems when living in space," ESA officials explained.

Scientists hope studies of immune cells in space, will help lead to countermeasures for astronauts on long-duration space station flights, and even longer deep-space missions in the future.

The European Space Agency is one of five space agencies that built the International Space Station. The space agencies of the United States, Russia, Canada and Japan are the other organizations. Construction of the $100 billion orbiting lab began in 1998. It has been manned by rotating crews of astronauts and cosmonauts since 2000.