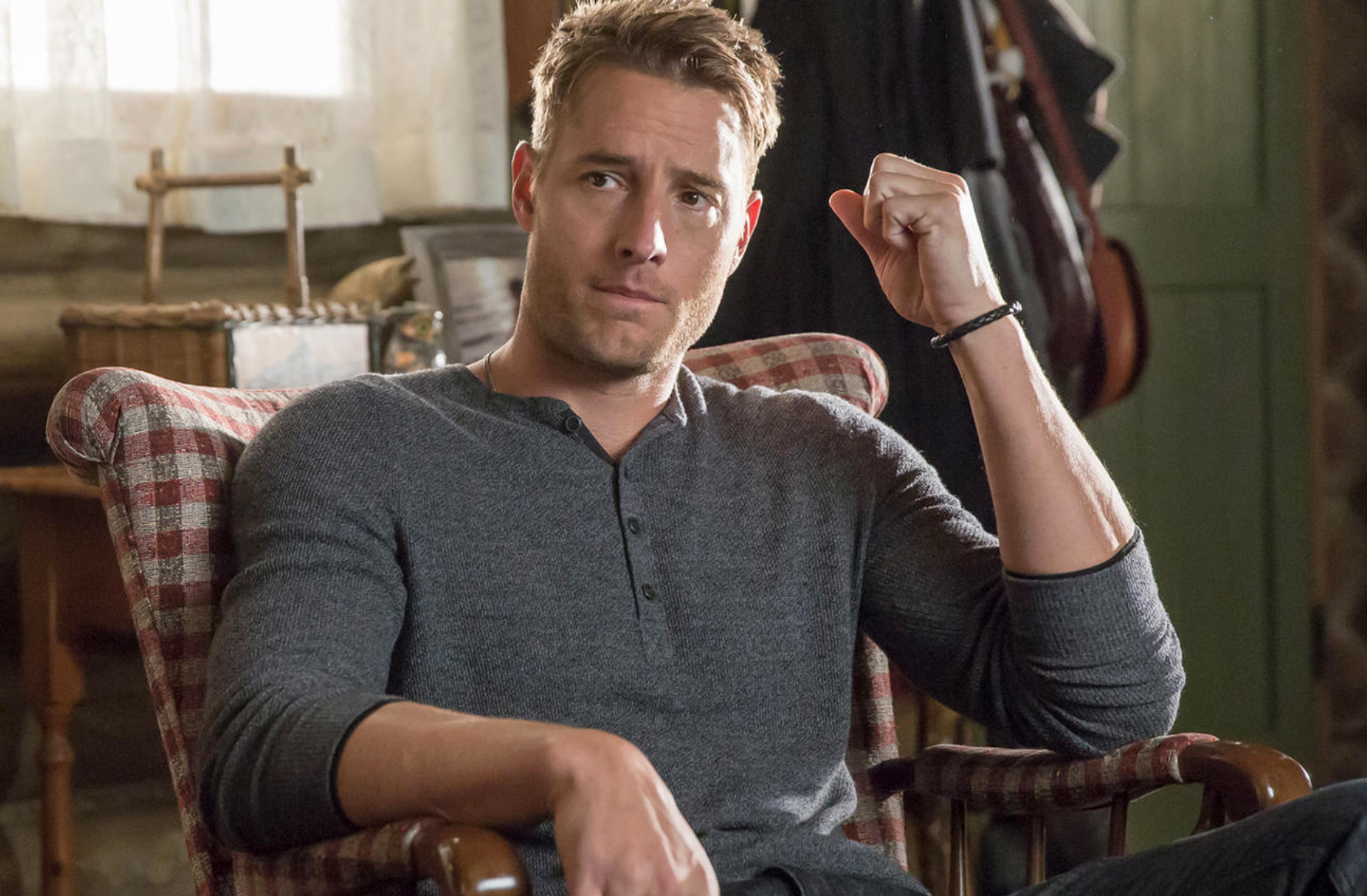 Justin Hartley may have left daytime television behind, but he's keeping the drama going as heartthrob Kevin Pearson in NBC's hit show "This Is Us."

The 40-year-old actor, who got his big break on the soap opera "Passions" in 2002, is using his platform on the show to tackle real world problems such as addiction.

"I'm very, very fortunate just to be able to play a part in [this] show — and this part in particular," Hartley told CBS News. "Kevin is going through these issues and tough things that people really do go through. It is a serious issue."

The downward spiral of Hartley's character was at the center of "Number One," the eighth episode of the second season of "This Is Us," which aired on Nov. 14. Kevin's career crumbles and his relationship with Sophie (Alexandra Breckenridge) comes to an end as he struggles with painkillers and alcohol.

When he finally reaches out to his brother Randall (Sterling K. Brown) for help, he's met with devastating news: His sister Kate (Chrissy Metz) has lost her baby.

"Unfortunately, at the end of this episode he was reaching out to get help and it was just bad timing," Hartley explains.

Off the set, however, Hartley says his life is the complete opposite of Kevin's.

The actor married actress Chrishell Stause at Malibu's Calamigos Ranch on Oct. 28. Hartley is  a devoted father, and nine months ago, he and his wife adopted two rescue dogs.

Here's what Hartley has to say about what the future looks like for Kevin on "This is Us," life as a newlywed and what he's doing to take care of his rescue dogs during the holidays.

Tell me about your partnership with Royal Canin, and the tips you have pet owners.

Royal Canin has this line of GI foods (gastrointestinal formulas) for your dog or cat. They also have foods dedicated specifically designed for different age groups and breeds of dogs.

I'm a dog lover. With the holidays, everything gets a little bit hectic. There's a lot on your mind and maybe you forget that your animals also feel that stress as well. So try to keep them on the same routine, try to keep the chocolate out of their mouth. Maybe keep the decorations out of reach, and get a backup number for your vet, who might be out of the office so you have a 24-hour clinic to go to if your dog or cat runs into a problem. There's a website you can go to called mypetreference.com that pretty much any question or concern you might have will be able to answer that question for you.

You adopted two dogs and just got married. You're acting. How are you balancing all of these things?

Well, I'm not. I'm having a nervous breakdown as we speak, actually. No, I'm kidding. I'm handling it well. It's all good stuff. My daughter's doing well in school. I have a wonderful wife who loves me, who's fantastic, who's just the thrill of my life — intriguing and mind-blowing. I've got two dogs we nursed back to health and they seem to be happy and healthy. We're in a good spot.

What you just described is the opposite of your character in "This is Us." He's going on a bit of a downward spiral.

It's tough. I don't know if I've ever spoken to a person who hasn't had their lives directly impacted by some kind of an addiction, whether it be alcohol or drugs. I'm glad that we're able to tackle it in the way we did and tell an honest and compelling story. It's uncomfortable and it's hard to watch and hard to deal with, but it's something people are dealing with every single day.

What message do you hope people leave with after watching "Number One," the eighth episode of the second season of "This Is Us"?

I was hoping, and I think we nailed it, to be able to tell an honest story of this guy going through something that you just can't navigate on your own. I think we're going to see a lot more struggles from Kevin in the near future.

At the end, when he goes to Randall's door -- what are you hoping to see for their future relationship?

It was slim pickings at the beginning. It was rough going. They've been able to mend some of those fences. I often say, instead of putting a Band-Aid on it, Kevin's actually been able to dig his heels in, man up and be like, "Okay, let's figure this out. I want this relationship with my brother." Randall seems to be doing this as well. So you've got these two grown men that don't really have a lot in common, but you're finding out they have enough in common, which is this underlying theme of like they love each other and sometimes that's enough. Hopefully that continues.