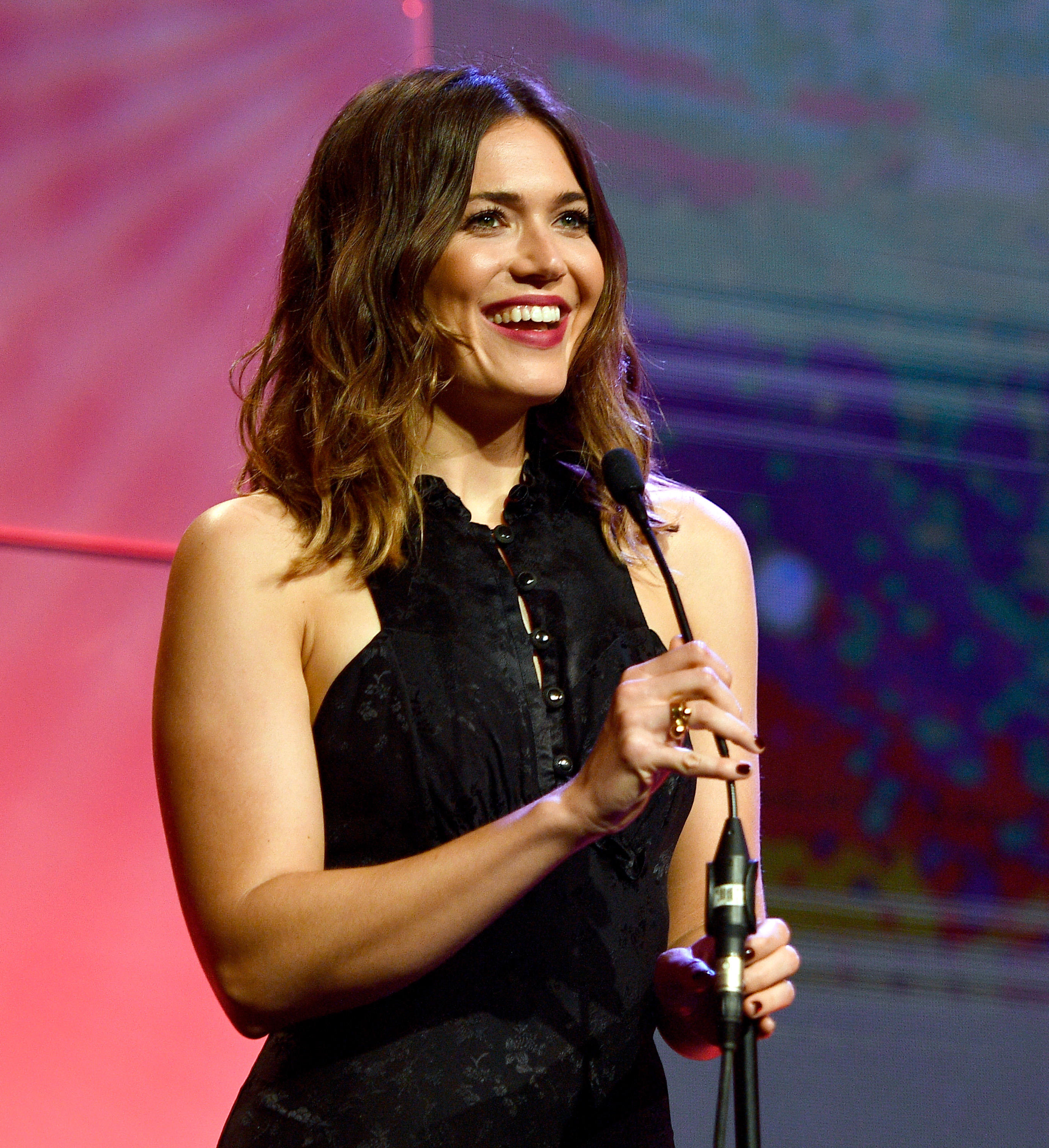 Mandy Moore first captured hearts as a 15-year-old singer, and now the actress is playing a mother of three on "This Is Us." She talked to CBS News about how she's partnering with Merck and planning her future in terms of family and career -- and how she is making music a priority again.

Tell me about "Her Life. Her Adventures" and your work with the campaign.

I am super excited to have teamed up with Merck for the "Her Life. Her Adventures" campaign. Essentially at its core, it's an education and awareness campaign aiming to inspire women to know what their options are, to set priorities and goals in life in order to have them prepare for the adventures ahead. And part of that is, we're encouraging women to have a conversation with their doctor about birth control options and factoring in if family planning is part of their long-term goals.

And have you yourself thought about your long-term goals in terms of family planning?

Absolutely. I wouldn't be part of my campaign if I hadn't thought of my long-term goals. Right now, I'm very focused on my career and I'm having so much fun on "This Is Us." I would be remiss if I didn't mention that playing a character from the ages of 22 to 66 and kind of evaluating all of the life in between didn't have an impact on me making a choice to be part of this campaign. At this point in my life at 33, birth control is part of my plan right now but that may not always be the case. That's why I'm passionate about letting women know they have the power to talk to their doctor and figure out what option is right for them in their life.

On the show, Rebecca gives up her singing career for kids. Do you ever get worried about how you'll balance your career with your family eventually?

I'm not there yet. I feel like I'm really lucky. I have so many examples of women that sort of have figured out how to do it all and I hope to emulate that when I choose to become a mother as well.

Speaking of "This Is Us," there are so many issues that are unresolved from last season. The big question is: Will we see Jack die next season?

[Laughs] "Just a big question -- just a big lingering question." To be quite honest, we're in the midst of production on Season 2 already. The first episode, I believe there will be some answers to lingering questions people have had along those lines. I don't know if the question will be answered fully, I think we have to leave people in suspense a little bit longer, but they'll be somewhat satisfied. It's the best job I've ever had. I'm so grateful I get to work with the most wonderful group of actors and writers and it's just a dream.

Will we see how Rebecca and Miguel ended up together?

I've heard that exploring Rebecca and Miguel's, how they found their way together, is probably something that will be put off until Season 3, but who knows. I think I'm most interested in figuring out the disconnect between Rebecca and Kate's relationship and maybe we can mend our relationship through getting to sing together because I think Chrissy Metz has the most stunning voice and I would be so honored and humbled to sing with her. I think it would be fun to do it in present day, with all the prosthetics on.

And you, in real life, have been writing more songs. I think your sound has probably changed back from the heyday. What can we expect?

I feel very lucky with my job right now. I get to incorporate music into my work on the show and that lit a fire in me again to go back and rediscover how much I miss music, so I'm hoping one of my goals and one of the adventures I have planned in the next 12 months is to find my way back to music somehow, because I miss being on stage. I miss the rush of adrenaline. I'm not sure how my sound will be different. It will certainly be different from 15-year-old, pop-singing Mandy. That's not really my cup of tea anymore. I think it will be really reflective of my life right now and the kind of music that I gravitate toward and love.

Does it ever happen to you that you're in a store somewhere and you hear your old music?

On rare occasions, yes, I'll be in the grocery store or somewhere where an elevator where a song will randomly pop on and it's always awkward. It's never comfortable.