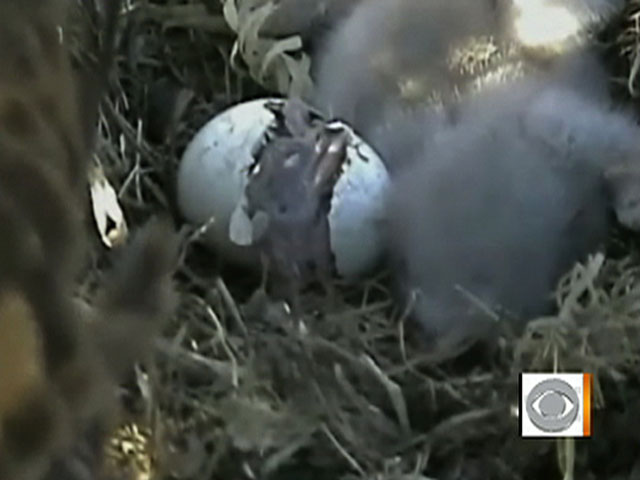 A newly-famous family of eagles in Iowa is complete.

The third of three eaglets in a nest in Decorah, some 100 miles northwest of Dubuque, started poking its way out of its egg Wednesday evening while its two newly-hatched siblings -- seemingly impatient for him (or her) to emerge -- looked on.

The first and second eaglets hatched this past weekend.

It was all seen via a video stream from a webcam nestled in the nest by the Raptor Resource Project. The live view became an instant, worldwide Internet hit, with more than 11 million clicks and counting.

Two eagles oversee the nest. Anderson says the male and female eagles took turns incubating the eggs. One of the parents fed the Eaglets from its beak in the nest.

The Raptor Resource Project says it plans to track one of the babies to see where it goes after leaving the nest.