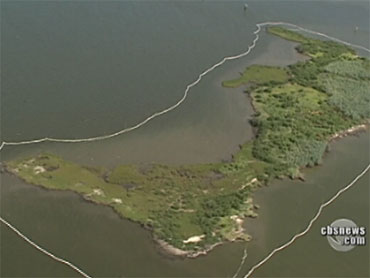 What was the best thing at CES? Macworld!

After a week in Las Vegas, at the Consumer Electronics Show, I had seen all there was to see: flat-screens both super-small and mega-large; ultra-sharp video (Blu-Ray disc technology, yum!) on Sony's fabulous Qualia projector (tears of joy). Plus the unveiling of scores of entertainment confabulations that unleash a broad spectrum of content once trapped in a now-obsolete device known as the "desktop computer."

Yet something was missing at CES, and a week later, at Macworld in San Francisco, we found it: the new Mac Mini and the iPod Shuffle. Apple's aggressive design celebrated the small and the smaller; and embraced a theme not usually associated with the artisans of Cupertino: CHEAP! Or at least, less expensive.

Oh, and just one more thing: a suite of simple and improved software that Steve Jobs expects will tantalize new users and bring old Mac users back to the orchard: iLife and iWork.

iPod Shuffle
This little white stick of joy simply is the most democratizing of music players. It's ridiculously easy to use, delightful to load (with the smart AutoFill feature in the iTunes software), and so light that you'll put away all your other heavier music players. I never thought that anyone could pry my iPod Photo with 40 gigs of music out of my hands… but all it took is this 2-ounce iPod Shuffle that is no bigger than a small pack of gum. Why carry the entire collection when you can shuffle through an enormous amount of music you really want to hear. Simply synch-up the iPod Shuffle again and new tunes replace the old if you like. Since there's no screen, you have the choice to play your imported music in one long playlist, or shuffled (hence, the name). My favorite feature is that it's technically wireless. No, it's not Wi-Fi. But because the tail of the iPod is a high-speed USB2 connector, you need no wires to connect the music player to your computer. And it works seamlessly on both Mac and Windows machines. The design is simple yet beyond elegant and comes in two sizes: 512MB at $99 (holds 120 songs) and the 1 gig for $149 (holds 240 songs).

The only foreseeable problem with the iPod Shuffle is that it is so small and light that the fumble-fingered may misplace this bad-boy in almost no time. Worse, some dear friend you once trusted will swipe it off your desk. It is just so darn lover-ly.

Gray Powell's Father: "He was devastated"

Mac Mini
I am equally enthused about the new Mac Mini: a $499 computer that looks too good to be the fine powerful system it is. Instead of buying a completely new computer system and replacing perfectly serviceable screens and keyboards, Apple has provided a very reasonably priced alternative.

We're already tired of people complaining that it's not a G5, that it only has 2 USB ports and one FireWire port, that it's not really expandable and that it doesn't come with a keyboard and mouse. The people doing the complaining just don't get it. The Mac Mini is not meant to be a supercomputer. It's meant to be a super way for folks to replace a clunky, outdated PC with a zippy, fresh new Mac with minimal trouble and expense. It's also meant to be an affordable way for families to introduce themselves to Macintosh without buying a whole new system with keyboard and mouse, etc., if they already have those. To those people, we say this: Relax. It's just a computer. A small, elegant, utilitarian, nifty and fun computer. OK? Good. Now, switch to decaf.

Want a Mac Mini? Go for the DVD burner (another $100 and the extra 256MB of RAM and kiss the old Wintel machine goodbye.

iLife '05
One great plus for this little machine is that the Mac Mini (like all other Macs) comes with the newly enhanced iLife '05: a suite of useful and integrated programs that make your life simpler and yes, we'll say it, a lot more fun. With iPhoto, you can organize and manipulate your digital photos and make splendid photo books in a variety of sizes. iMovie HD lets you edit video including high-definition video (if you can find a camera that shoots the darn stuff) or other formats (like the increasingly popular MPEG-4). Done with the video? Export it into iDVD 5 to create professional-looking and fun DVDs (in each and any of the DVD formats: DVD-R, DVD-RW, DVD+R, DVD+RW…) Of course, the latest version of iTunes is included.

However, our favorite application in the iLife '05 suite is GarageBand 2: music editing and arranging made joyous and simple. Now, you can record eight tracks simultaneously and edit them in various ways, including music notation. Most impressive is the feature that lets you improve the tuning and rhythm of any track. This feature is likely to save the marriages of the tone-deaf: now anyone can cut a music demo that will not leave them sounding like the laughingstock losers on American Idol.

iWork
Another great software package for a mere $79 is iWork: Apple's direct assault on Microsoft Word's domination of the word processing world. iWork features Pages, a new Apple app – a simple word processing program that comes with all the basic templates one is likely to need in life. Besides the obvious letters and newsletter formats, Pages comes with templates to create handsome invitations, brochures, journals, and more. We can't overstate the simplicity of this little program. It comes with a manual (how very un-Apple), but you hardly need to look at it to start having lots of fun creating documents. Also un-Apple is the required serial number needed to install iWork. Apple has long trusted its customers to stay legit, and this move smacks of Microsoft. Ick.

Keynote 2 is the long-awaited update to Apple's PowerPoint-flavored presentation program… only it's easier to use and a pleasure to watch. Like Pages, Keynote 2 projects can be saved as Microsoft-compatible files, as well as their own, meaning you can share them with Windows people. Best of all, you can access all of your iApp files to include in your presentations and Pages projects, as Apple offers the best media manager/cross program integration we've seen on any platform.

In closing, we admit that, having been in the presence of Steve Jobs and his famous "reality distortion field," we are often left dazed and excited immediately after new products are announced during Macworld keynote addresses. However, now that we've seen the fine crop offered by Apple this year, we're still feeling that way long after the speech is over.

By Daniel Dubno and Bob Bicknell