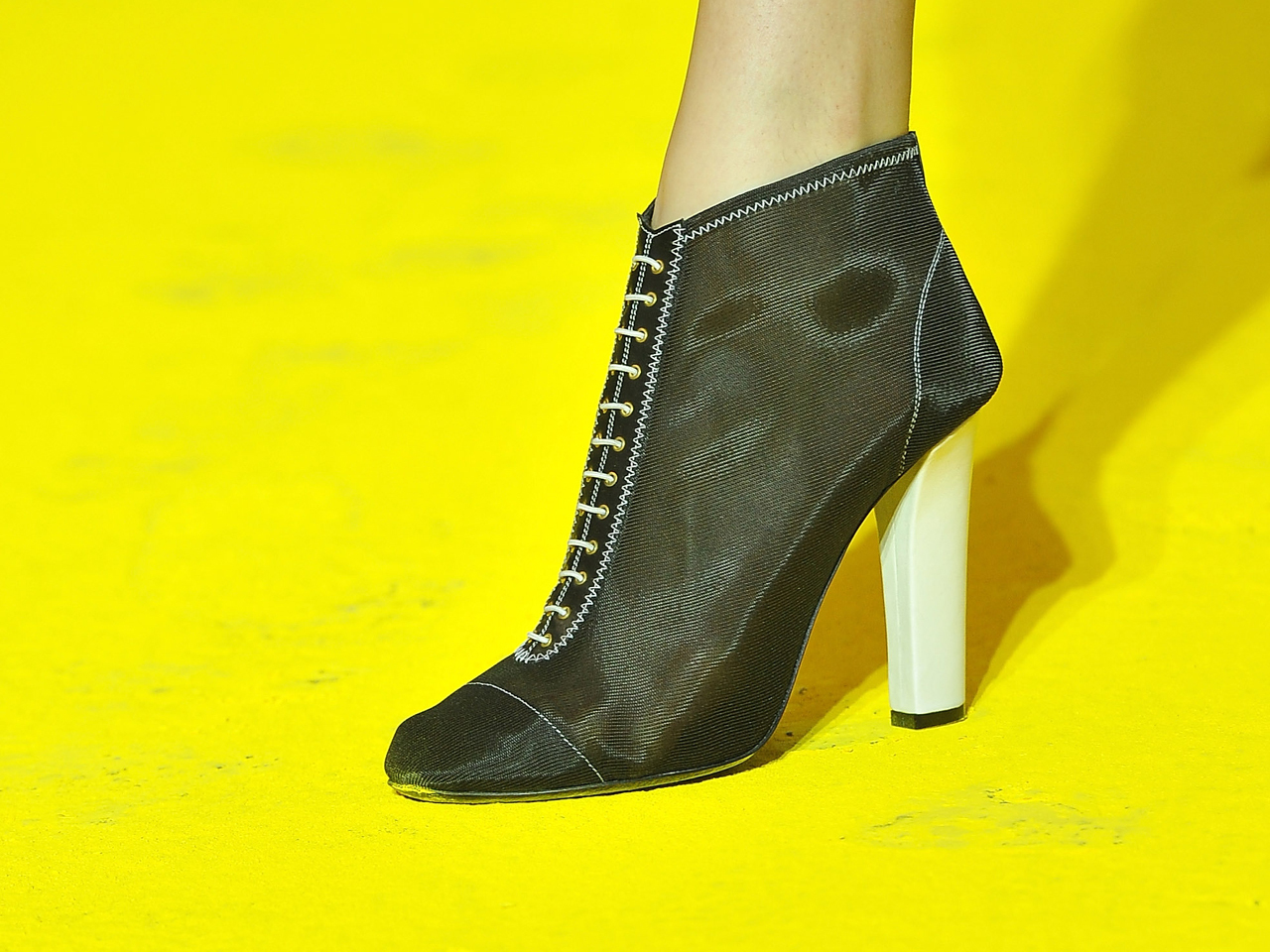 There's fall and spring, winter and summer and there's boot season. For many fashion fans, that's the best time of year.

Time to break out the cowboy boots and jeans, riding boots and leggings and maybe your best black work trousers and those cute high-heel booties you bought last year.

Pictures: Boots of the season


They're all easy, almost no-fail pairings. Finding the right skirt to go with boots, however, is more likely to trip you up, especially this particular season when it seems anything goes with hemlines.

Do long skirts get tall shafts or shorter ones? What's the rule on miniskirts? And can functional weather-friendly boots meet a fashion-forward midiskirt somewhere on the middle of the calf?

"Boots can do it better than almost anything when it comes to pulling your look together, but it also can cut you up,'' says celebrity stylist Cristina Ehrlich.

She adds: "You have to put your outfit on. If your eye goes straight for the foot, then something isn't right. You want a full 'look.'''

Since proportion matters, she suggests every outfit get the mirror test because what works for one skirt might not for the next, even if they're similar styles.

It's all about lines. You don't really want the top of the boot to meet the hemline; it could be longer or shorter and filled in, when needed, with opaque tights, says Jen Ford, fashion news director at Lucky magazine.

Ehrlich, a style spokeswoman for Via Spiga, says the most foolproof boot choice is a to-the-knee shaft and a wedge heel, probably in black suede. But, she adds, you'd be surprised how easy it is to incorporate a dark purple, bottle green or gray suede into an existing wardrobe, even one rooted in black.

With a two- or three-inch (5- or 7 1/2 centimeter) heel, there's really not an outfit you can't wear with these boots. She'd put them on in September and not take them off until April and that's traveling to different places and climates.

"With the wedge, you get comfort and gain a few inches. You can dress it up or dress it down,'' Ehrlich explains. "It's chic and cool.''

She put Ashley Greene in a pair recently for a daytime event. The "Twilight" star wore them with a fitted legging and a cashmere-and-leather baseball-style sweater, Ehrlich describes. And that was in sunny Los Angeles.

"You can wear a boot in warmer climates," she says. "I had been based in Los Angeles for many years and winter was still synonymous with boots.''

(If it's really warm, capture the same spirit with an open-toe bootie, she suggests.)

Ford recommends a workhorse boot that is just a couple of inches shorter than the knee, more like mid-calf. With tights in the same color, you'll still get the illusion of a longer leg, but there's a chance to do some trendy colorblocking here, and, she says, you can also capture the playfulness that can come with an ankle bootie, especially if you go for a lace-up style and at least a bit of a heel.

It works for pencil skirts, longer lengths and even some minis, Ford says. It's that to-the-knee skirt that will prove tricky with these boots, too. For that, there really is just the ankle boot.

The most refined and sophisticated ankle boots that can pair with skirt suits (pencil skirt, please) have sculpted ankles, which most women will find flattering, says Erlich. Those booties also do the bohemian look justice, so you can wear them with a maxi skirt, too.

There's some room for over-the-knee boots with long or short skirts if you're using a very careful eye about the proportion, but there's almost no reason to try. Shoe designer Stuart Weitzman says over-the-knee boots already "had their run'' a few seasons ago.

The buzz now, he says, is about the boots that bring you fashion and function.

He likes the way faux fur and other luxe trim now adorn weather friendly boots. It means, he says, that women don't have to change their footwear when they get into the office or to a restaurant if there is snow or rain outside. "We've turned weather boots into a fashion-looking item. ... Those are great with your workday dress or skirt. They're a little bit chunkier but they don't have to be 'rain boots,''' Weitzman says. "We've taken lessons from Uggs and Hunter and grabbed on to that by making them cool fashion looks that you can wear with anything."

If shaft and shape matter to your hemline, heel doesn't seem to be as big a deal. Unlike a strappy sandal where there's usually not much to marvel at other than the heel, the boot itself is more the conversation piece, observes Ehrlich.

But that's her, not anyone else.

"Every style is not going to be for every woman. I really think of shopping for boots like jeans, but when you find the right pair, it's worth it,'' Ehrlich says.