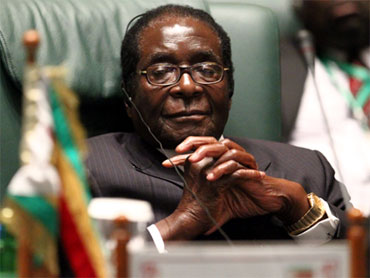 Length of rule: 31 years. Mugabe was the co-leader of a band of revolutionary rebels that successfully toppled the white, apartheid-driven government of what was then called Rhodesia. After victory in 1980, he has been in a position of absolute power more or less ever since, consolidating ever greater authority under his control as his country slowly became one of the world's most destitute.

Most despotic acts: Mugabe's fall from African revolutionary hero to despot has been steep. As Zimbabwe shifted from being the "Breadbasket of Africa" to having severe food shortages starting in the late 1990s, he maintained power through spectacular corruption, vote rigging and ruthlessness, a system for winning elections he deployed as recently as 2008. In the words of Barry Bearak, a New York Times journalist jailed in Harare in 2008, Mugabe's "power had flourished through methodical cruelty, including the murder of thousands of people in the dissident stronghold of Matabeleland. As he and cronies then acquired lavish mansions and enormous bank accounts, he thrust the nation into a calamitous economic meltdown. More than a quarter of Zimbabwe's 13 million people have fled."

Outlook for change: 46 Zimbabweans were arrested recently on charges of treason for watching videos related to the uprisings in Egypt and Tunisia, (and later freed due to lack of evidence.) Mugabe is still maneuvering his way around the disputed 2008 elections. There is an aggressive ban on foreign press in Zimbabwe, so it's impossible to know whether its long-suffering people are capable of overthrowing one of the world's more infamous despots. The New York Times wrote recently: "Robert Mugabe...declared in an interview that he intended to run for president this year at the age of 87, and live to be 100. Mr. Mugabe is pushing hard for elections this year. Regional leaders pressured him into sharing power with his rival, Prime Minister Morgan Tsvangirai, who won more votes than him in the 2008 presidential election, but dropped out of a runoff because of state-sponsored attacks on thousands of his supporters."

Constitution and the Rule of Law: Parliamentary democracy; Everyday law based on mixture of Roman-Dutch and English common law.