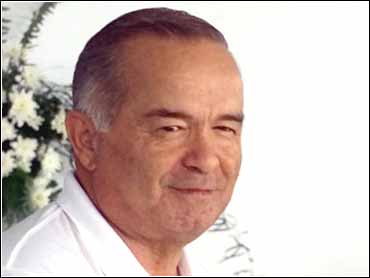 Length of rule: 20 years. Karimov took power after winning by a rather large margin in the first post-Soviet era presidential election in Uzbekistan in 1991. Karimov has since continued the trend of producing overwhelming and questionable election results, even ignoring constitutional term limits, when he ran and won a third term in 2007.

Most despotic acts: Karimov and his regime are frequently accused of harsh and arbitrary crackdowns on human rights workers, journalists and Muslim activists, all in the name of fighting terrorism. The United Nations called the use of torture in Uzbekistan "systematic." A former British ambassador to Uzbekistan accused it of boiling dissidents to death. More recently, in 2005, hundreds of protesters were slaughtered in the infamous Andijan massacre, which included what some described as mass summary executions by state security forces. Reporters Without Borders calls Karimov one of the world's "Predators of Press Freedom," saying he "is still breaking his own records for repression and paranoia."

Outlook for change: Karmiov's regime, including his own daughter, have taken steps recently to combat the public perception of their country's paltry human rights record, even going so far as to kick Human Rights Watch out of the country in March. Lola Karimova-Tillyaeva, Karimov's daughter and current Uzbek ambassador to UNESCO, has a lawsuit for libel against a French website underway in a Paris court after the website referred to her as a "dictator's daughter," and accused her of attempting to "whitewash her country's image." While it is apparent that Karimov uses radical Islamism as an excuse for political crackdowns, there is definitely plenty of spillover of radical elements from neighboring Afghanistan. Still, Karimov's security forces have a pretty tight grip on the country, and the European Union has begun wooing Uzbekistan for its energy reserves, regardless of its human rights record. All that, combined with the Karimov regime's firm control over internal media, make his reign very likely to continue for some time.