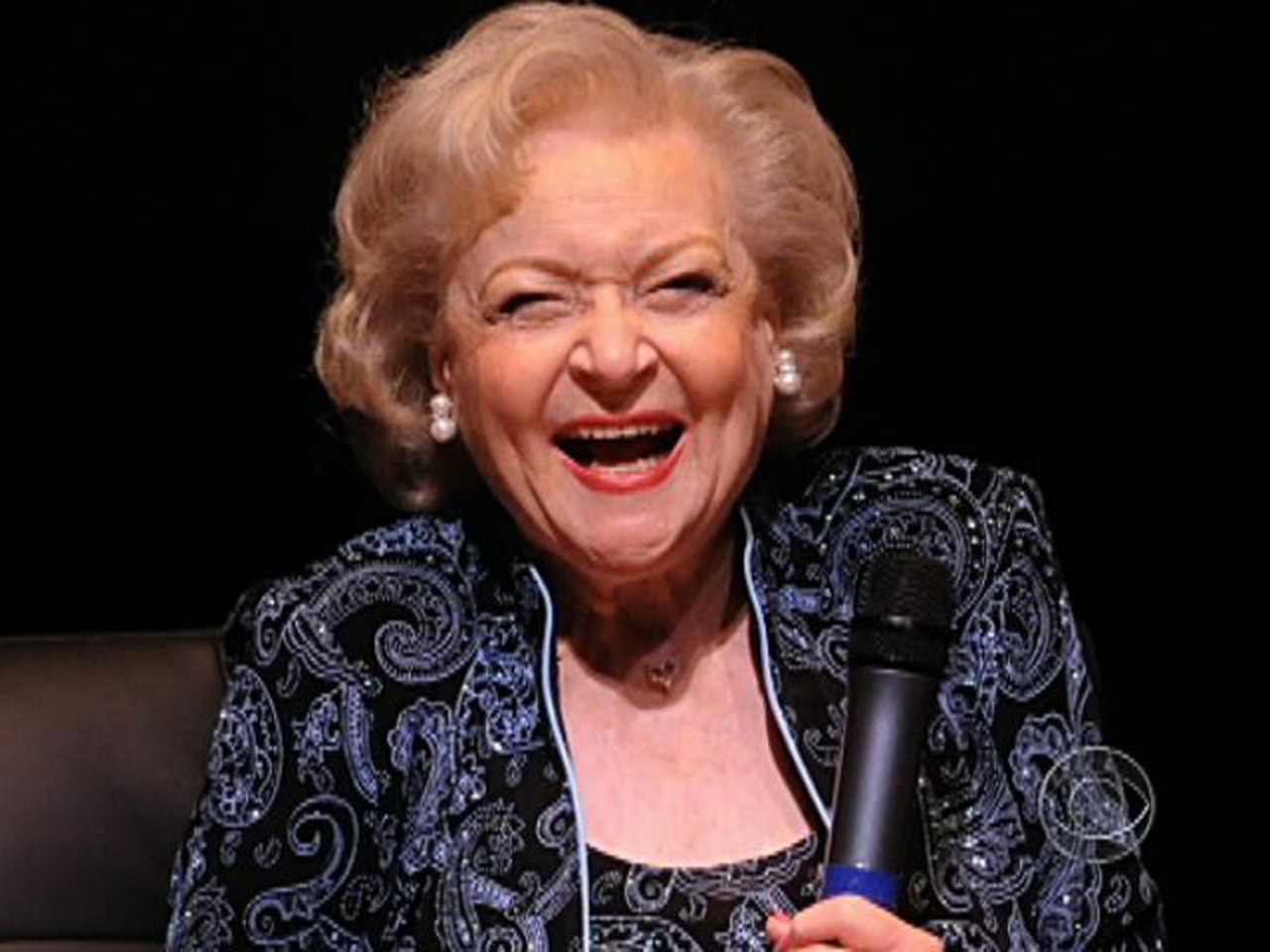 Betty White is the oldest person ever to host "Saturday Night Live," and one of the most popular as well. Neither of which could surprise anyone who has followed her long and amazing career. Katie Couric offers this Sunday Profile:

Depending on your age, you may know Sue Ann Nivens, or Rose Nylund, or Elka Ostrovsky. But people - and creatures - of all ages know and love Betty White.

Katie Couric: "We thought we'd bring you here to the Central Park Zoo because you like animals more than people."

White: "Well, I don't necessarily admit that, but yes, I do!"

Couric: "When did this love affair with animals start?"

White: "Oh, in the womb! My mother and dad were the same way. Yeah. So, it's been a joy of my life the whole time."

At 89, Betty White is showing no signs of slowing down. In fact, the Golden Girl is red hot (and not just in Cleveland). She has a hit sitcom, a new book about her life called "If You Ask Me (and Of Course You Won't)," and an upcoming ad campaign for AARP. The message: Get over your age.

From the movie "The Proposal," to the 2010 Super Bowl ad for Snickers, Betty White has shown audiences she isn't just sweet - she's sassy.

Couric: "Why do you think wrinkles and randiness have been such a great combination for you?"

White: "I think the randiness is always done with a sense of humor. I mean, a joke, sure, it can be a naughty joke, but it has to be pretty funny. Double entendre, I love. The people who get it, enjoy it. The people who don't get it, no harm."

Couric: "You were asked to host 'Saturday Night Live' a number of times, and you had turned them down until there was that massive Facebook campaign."

White: "Well, and I don't - I'm such a technological idiot, I didn't even know what Facebook was. I didn't know anything about the program. But years ago, early in my career, I turned it down because I'm so California-oriented, and it's such a New York identified show, I thought, 'Oh, I'll stick out like, you know, an outhouse in a rainstorm.'"

Instead, the oldest person to ever host the show got "SNL" its best ratings since 2008.

Now, "Hot in Cleveland," on TVland, is one of the top-rated shows on cable.

White: "If you have one good series, you know, it's a blessing. Two good series is unusual. Three is a phenomenon, but right now, I'm working with these wonderful women on "Hot in Cleveland," and Valerie Bertinelli, and Wendy Malick and Jane Leeves are like, it's like the buddy-ship we had on 'Golden Girls' and 'Mary Tyler Moore.' Where do you get privileges like that? I taste it every minute."

She says the actors she's worked with on all three shows have been like family. And she has felt their love and loss as she gets older.

Couric: "You know, I thought about you when Rue [McClanahan] died. Because now, you're the only Golden Girl left."

White: "I'm the only one left, and I'm the oldest. That's what amazed me, 'cause I thought, well, I'll be maybe the first to go. But Ruesy, we thought was gonna make it. She was not well. And then, when we lost her, it was just like tearing your heart out. She was such a fun lady."

Couric: "You were initially cast as Blanche, weren't you?"

White: "I was initially cast as Blanche, but I had played Sue Ann Nivens on 'The Mary Tyler Moore Show.'"

Couric: "I remember that well."

White: "Well, she was the neighborhood nymphomaniac. And they'd ask my husband, Allen Ludden, they'd ask, 'How close to Betty and Sue Ann?' He said, 'Well, they're the same except Betty can't cook, of course.'"

Betty White met Allen Ludden on the set of his game show, "Password." She calls him the love of her life - and she says she hasn't been seriously involved with anyone else since his death in 1981.

White: "When you've had the best, who needs the rest? It was special. It was very special. But that doesn't keep you from having fun with somebody and going out and having dates. And Robert Redford never calls."

Couric: "But I read something sad, that you miss the human contact of Allen and your marriage and your relationship."

White: "You go out with a couple, let's say. And all of the sudden you see one or the other reach over and, or just, you know, something like that. Those are the things I miss. It's just that level of personal affection, it has nothing to do with sex. I'm talking about just the personal contact, that's an empty feeling."

Couric: "I know you have stepchildren. Are you sorry you never had your own children?"

White: "No, I've never regretted it. I'm so compulsive about stuff, I know if I had ever gotten pregnant, of course, that would have been my whole focus. But I didn't choose to have children because I'm focused on my career. And I just don't think as compulsive as I am, that I could manage both."

This self-proclaimed workaholic has another book coming out next year about her love of zoos. Betty White has a lot going on.

And she likes it that way.

White: "It is such a blessing. I cannot possibly tell you, Katie, and it's a constant surprise to me because as you get to this age, you've lost a lot of your close ones that you - you don't just sit and talk to them about it, they're not there anymore."

Couric: "Are you afraid of dying?"

White: "No, not at all. Not at all. My mother had the most wonderful outlook on death. She would always say, 'Nobody knows. People think they do, you can believe whatever you want to believe what happens at that last moment, but nobody ever knows until it happens.' But, she said, it's a secret. So, all growing up, whenever we'd lose somebody, she'd always say, 'Now, they know the secret.'"

Couric: "Thank goodness you don't know the secret, Betty, or you wouldn't be here, but a lot of people probably want to know, what's your secret? What advice would you give to other people who want to have a rich, long life like you've enjoyed?"

White: "When I pontificate, it sounds so, you know, Oh, well, she's preaching. I'm not preaching, but I think maybe I learned it from my animal friends. Kindness and consideration of somebody besides yourself. I think that keeps you feeling young. I really do."

Advice as ageless as Betty White.

To watch the @katiecouric interview with Betty White click on the video player below: