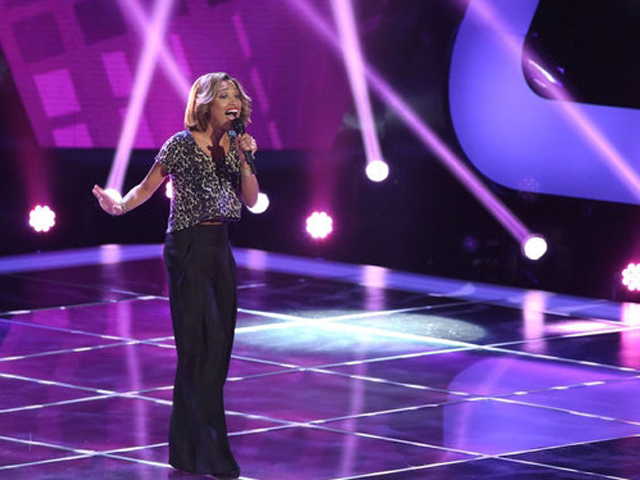 (CBS News) Teams continued to take shape Tuesday night on NBC's "The Voice," as only a few slots remain.

The latest episode of the singing competition featured an array of music and even a battle between coaches Christina Aguilera and Adam Levine. And for anyone worried about the future of "The Voice," you can rest easy; NBC just ordered two more seasons of the series for spring and fall 2013.

The latest round of blind auditions got under way with 19-year-old Sylvia Yacoub from Michigan by way of Egypt. She sang Rihanna's "Only Girl in the World," impressing Aguilera, Cee Lo Green and Blake Shelton, who said he would be honored if she'd join his team. But Yacoub went with Team Christina.

Amanda Brown, a 27-year-old New Yorker, performed The Zutons' "Valerie," which impressed Cee Lo Green. She told the coach, "I definitely believe you will not regret it."

The last contestant of the night was Cassadee Pope, former lead singer of the band Hey Monday. She toured with Fall Out Boy and is on track to launch a solo career with the help of "The Voice." Pope sang Natalie Imbruglia's "Torn," a performance that got Aguilera and Levine arguing over who hit their button first. An argument followed, with Aguilera saying, "I know how to make a solo career happen," and Levine firing back, "I can do both." Pope, though, won over all four coaches and ended up going with Shelton.

Tell us: What did you think about Tuesday's episode of "The Voice"?