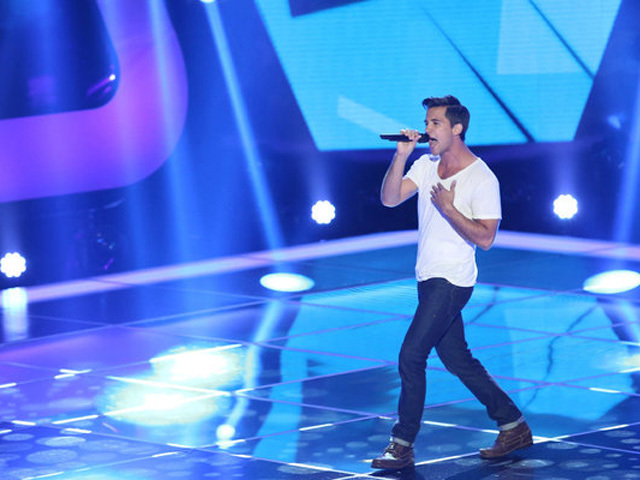 (CBS News) The third week of blind auditions began Monday on "The Voice," and each of the four coaches found some new additions for their teams.

The first auditioner of the night, Michelle Brooks Thompson, sang a rocking rendition of "Proud Mary." She picked Levine over Blake Shelton and Cee Lo Green.

Green got Peru native Diego Val, who sang "Animal" by the Neon Trees. He said he learned how to play guitar at the age of 8, when he was bedridden with a bone-disintegrating disease, and now plays guitar for sick children. Green was the only judge who spun his chair around, making him Val's mentor by default.

Returning "Voice" hopeful Dez Duron (he also auditioned for season 2) got Aguilera and Green to turn their chairs around with his rendition of "Sara Smile," but he ultimately chose to head to Team Christina.

She then brought her team total to 13 with the additions of Laura Vivas, Brandon Mahone and Jordan Pruitt.

Shelton added five people to his team Monday, bringing his total to 12.

One of them was music teacher Suzanna Choffels, who impressed him and Levine with her rendition of Landslide. She chose to join Team Blake.

He also picked up singers Michaela Paige, Ryan Jirovec, Lelia Broussard and Terisa Griffin, who grilled the judges with questions before ultimately deciding to go with Shelton.

Tell us: What do you think of "The Voice" auditions so far?