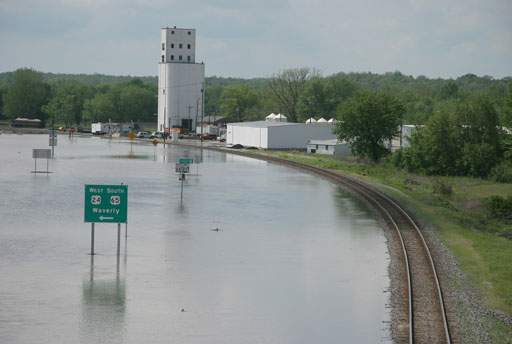 Most of America has been free of the foot-and-moth virus for almost 72 years. The only exception: an island off New York where government researchers work on vaccines against the disease, using the only samples of live virus allowed into the United States.

"We are the only people by law who can work on foot-and-mouth," said Sandy Hays, a spokeswoman at the Plum Island Animal Research Center, located a mile-and-a-half off the northeastern end of Long Island. "We couldn't even posses it on the U.S. mainland. But we're not on the U.S. mainland."

The worst outbreak was in 1914. The outbreak began in Chicago's stockyards in October and lasted until the following September, and 3,500 herds in 22 states and Washington were infected.

After the 1929 outbreak, American policy focused on keeping the disease out. In 1930, Congress passed a law barring the importation of meat and animals from countries experiencing outbreaks. In the 1950s, Congress made it illegal for Americans to posses live foot-and-mouth virus.

Following foot-and-mouth outbreaks in Mexico in 1946 and Canada in 1952, the U.S. government launched the Plum Island facility, which can do research using the live virus because it is not part of the mainland.

The presence of such dangerous microbes in the greater New York metropolitan area has sparked concern about the danger Plum Island may pose to surrounding communities. Activities at the center have been cited by the EPA for hazardous waste violations.

But, according to the center, it does that research very carefully. The lab filters all the air it releases, decontaminates all materials leaving the lab and heat-treats its sewage.

Vaccines already exist for every strain of foot-and mouth, but they are expensive and do not allow animals to develop resistance to the disease for long.

"We are trying to develop an improved vaccine," said Hays. "That's about five years away."

Since an outbreak in Britain on Feb. 19, the disease has spread throughout the United Kingdom and into France, spurring massive cattle culls and tight restrictions on movement of livestock.

The U.S. has banned the import of animal products from European Union countries and airports are requiring travelers who've visited European farms to disinfect their shoes.

Saudi Arabia ad Argentina also reported cases this week, and Britain announced it counted at least 234 separate outbreaks of the extremely contagious disease, which does not affect but kills or weakens livestock.

Animals infected by the diseases do not produce the meat or milk their healthy counterparts do, making foot-and-mouth a severe economic threat to agricultural communities.

The Plum Island center estimates that even a modest foot-and-mouth outbreak in the United States could cost from $54 million to $690 million.

Scientists at Plum Island are also working on African swine fever virus, proof that foot-and-mouth is not the only strange-sounding disease posing a potential threat to American farmers. In fact, its part of a long list of diseases that U.S. scientists have striven to block at the borders.

According to the USDA, foot-and-mouth was the first of 12 veterinary diseases that were stamped out in the United States in the 20th century and 13 in the country's history.

Others include Texas cattle fever, last seen in 1943, and lethal avian influenza, eradicated in 1985.