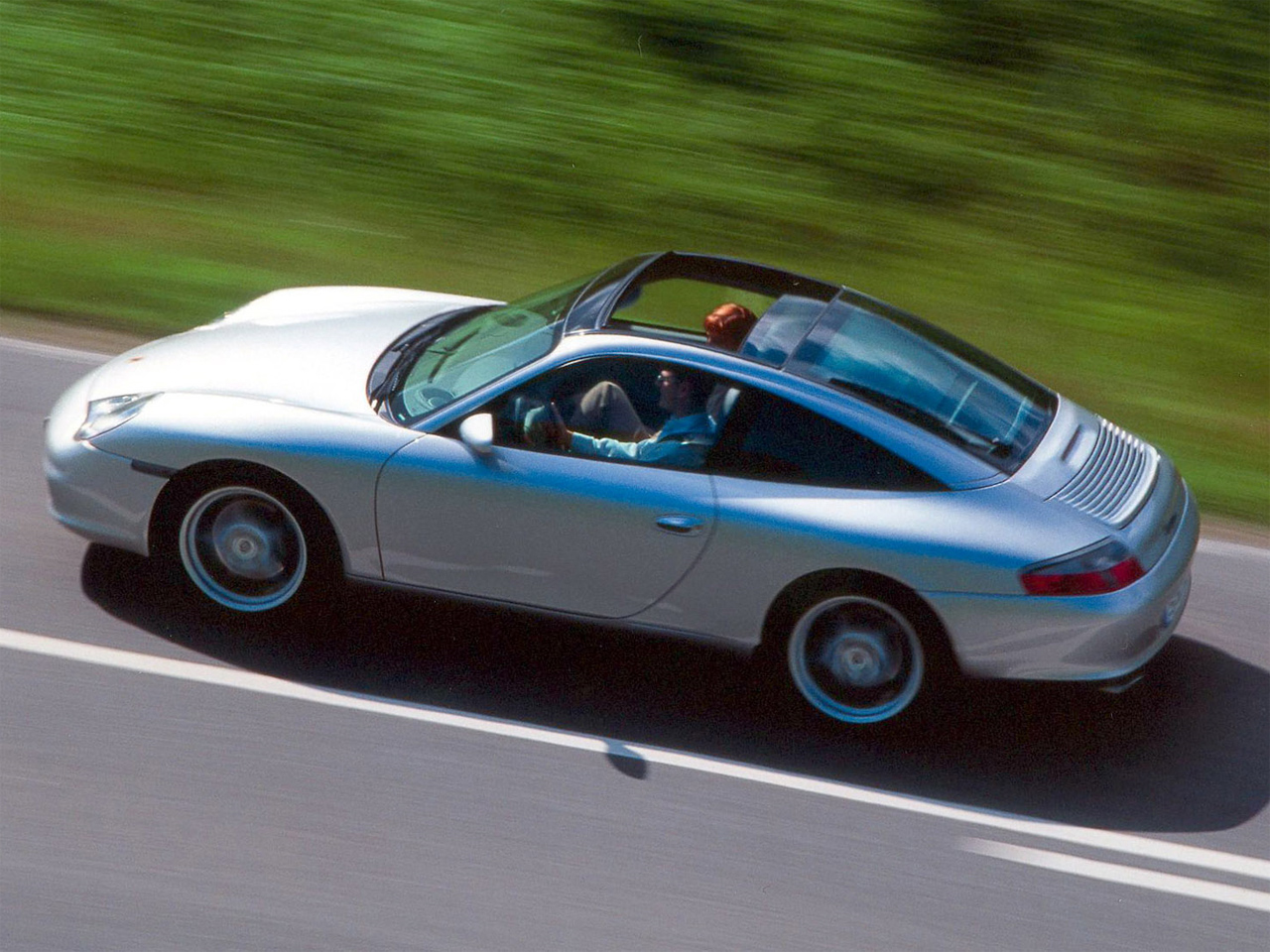 If there were such a thing as the official car of summer it would HAVE to be the convertible. With Mo Rocca now we'll count the ways:

There's nothing better on a summer's day than driving with the top down, wind in your hair, in a Mustang convertible.

And while the lure of a convertible might be its sex appeal -- just think of Cary Grant and Grace Kelly cruising along the Riviera in "To Catch a Thief" -- the convertible's beginnings were decidedly less auspicious.

The earliest cars were ALL convertibles. This Model T (left) has the top on, but it was mostly driven without -- plus there's no windshield or side windows, hence the protective gear.

Matt Anderson, curator of transportation at the Henry Ford Museum in Dearborn, Mich., says the convertible has had more ups and downs than the car's top on a partly cloudy day.

"In the beginning open cars are about affordability," said Anderson. "But you start to see things change as enclosed cars get mass-produced and become more affordable. And then the convertibles become more the domain of the rich. So everything kind of turns around 180."

By 1936, the open-top car accounted for less than one percent of automobile sales. By then, the convertible was essentially dead. "Dead or on the way out," said Anderson. "There's still wealthy drivers who could afford to get whatever they want."

And what kind of convertibles were those? At that time, said Anderson, they were big cars: "These are the luxury automobiles with the 8-cylinder, 12-cylinder in some cases engines. Expensive vehicles, not cheap."

They may not have been cheap, but they were useful for politicians, like President Franklin Delano Roosevelt, who toured around in a Lincoln convertible, also known as the Sunshine Special.

The next shift in the popularity of the convertible came when many young Americans went to Europe during World War II.

"They see in England and France and other countries these little roadster cars with soft convertible tops," said Anderson. "They're cars just for fun."

And from 1962 through 1966, convertibles accounted for six percent of car sales.

But by the 1970s, convertibles hit the skids in popularity because of three reasons, says Anderson: safety, security, and the faster pace of life.

"People aren't cruising down the road at 35, 40 miles anymore; they're going 55, 60, 70 miles an hour," said Anderson. "And that gentle breeze in your hair becomes something like a hurricane when you're moving at that speed."

Nowadays, only a tiny number of convertibles are sold in the U.S. annually.

But, asked Rocca, the convertible will never go away, will it?

"I don't think the convertible will ever truly die, replied Anderson, "because there will always be this segment of drivers that just want to drive for the sheer fun and thrill of it."

"As long as there's one man going through a midlife crisis, there's one convertible to be sold," said Rocca.