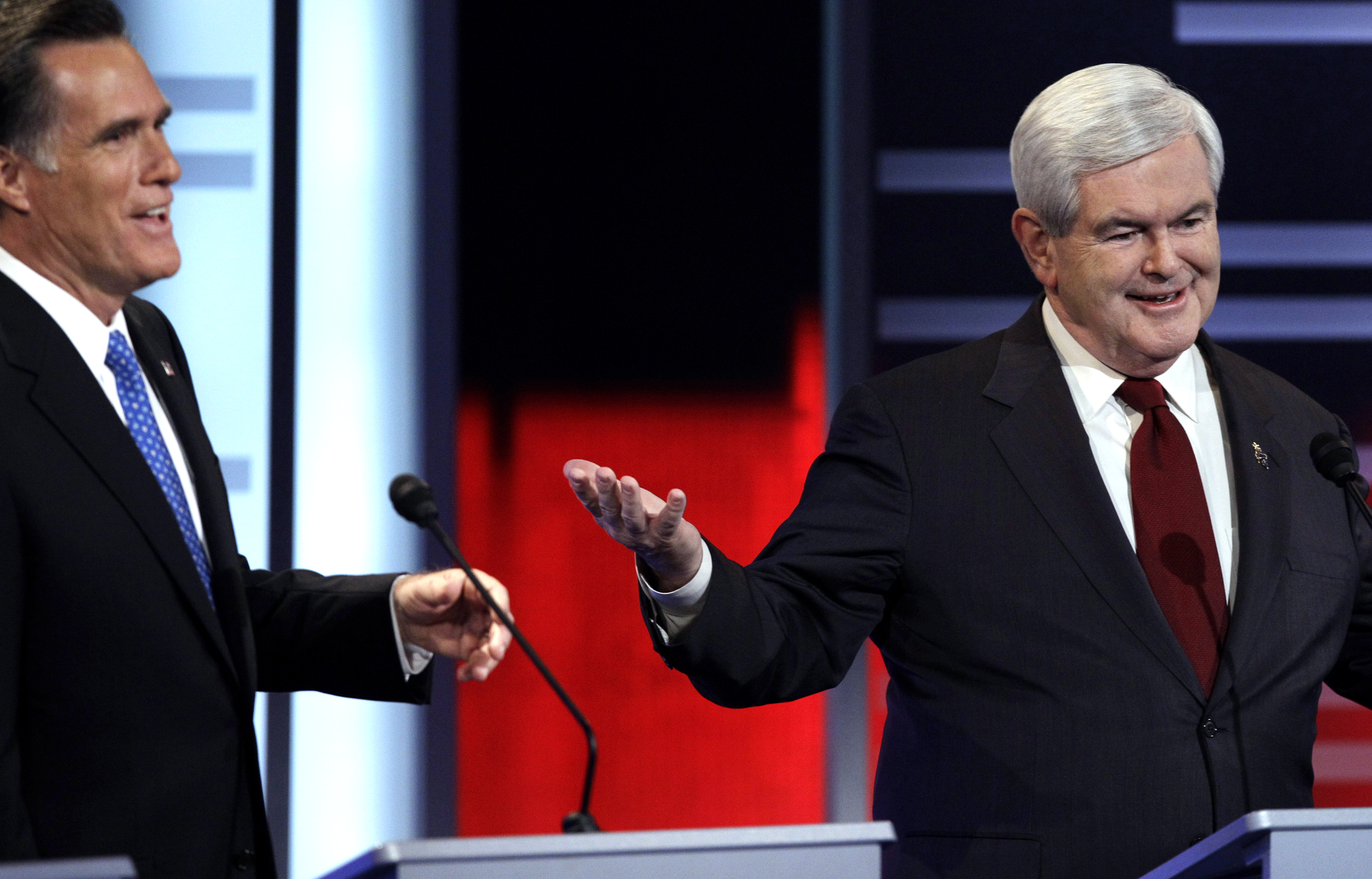 (CBS News) Newt Gingrich is set to formally suspend his campaign next week and officially endorse his main rival for the Republican presidential nomination, Mitt Romney. It could be an awkward moment.

Gingrich has not been shy about expressing a low opinion of Romney during the fight for the GOP nomination. Here's a countdown of 10 of the worst things Gingrich had to say about the former Massachusetts governor:

10. He's out of touch and thinks we're stupid

"We're not going to beat Barack Obama with some guy who has Swiss bank accounts, Cayman Island accounts, owns shares of Goldman Sachs while it forecloses on Florida and is himself a stockholder in Freddie Mae and Freddie Mac while he tries to think the rest of us are too stupid to put the dots together to understand what this is all about."

9. He's a timid leader who can't bring about change

Romney's a "Massachusetts moderate who, in fact, is pretty good at managing the decay." He's "given no evidence in his years in Massachusetts of any ability to change the culture or change the political structure."

8. Romney's adviser was right to compare Romney to an etch-a-sketch

"Now given everybody's fears about Gov. Romney's flip flops, to have his communications director say publicly to all of us, if we're dumb enough to nominate him we should expect by the acceptance speech he'll move back to the left, triggers everything people are worried about."

"Their pictures aren't permanent. There's nothing locked down. You can re-do every time you want. And that's the problem."

"Can we drop a little bit of the pious baloney? The fact is, you ran in '94 and lost. That's why you weren't serving in the Senate with Rick Santorum. The fact is, you had a very bad re-election rating, you dropped out of office, you had been out of state for something like 200 days preparing to run for president. You didn't have this interlude of citizenship while you thought about what you do. You were running for president while you were governor."

6. He looted companies as head of Bain Capital

"Now you have to ask a question - is that really, is capitalism really about the ability of a handful of rich people to manipulate the lives of thousands of other people and walk off with the money? Or is that in fact somehow a little bit of a flawed system? And so I do draw distinction between looting a company, leaving behind broken families and broken neighborhoods and then leaving a factory that should be there."

5. He profits off the poor

"Maybe Governor Romney in the spirit of openness should tell us how much money he's made off of how many households that have been foreclosed by his investments."

4. His immigration reform plan is an "Obama level fantasy"

"Now, for Romney to believe that somebody's grandmother is going to be so cut off she is going to self deport? This verges - this is an Obama level fantasy. He certainly shows no concern for the humanity of people who are already here..."

"I think you have to live in worlds of Swiss bank accounts and Cayman Island accounts and automatic $20 million a year income with no work to have some fantasy this far from reality."

"I find it amazing the news media continues to say he's the most electable Republican when he can't even break out of his own party...The fact is, Gov. Romney in the end has a very limited appeal in conservative party."

2. He's not a conservative

"It's just like this pretense that he's a conservative. Here's a Massachusetts moderate who has tax-paid abortions in 'Romneycare,' puts Planned Parenthood in 'Romneycare,' raises hundreds of millions of dollars of taxes on businesses, appoints liberal judges to appease Democrats, and wants the rest of us to believe somehow he's magically a conservative."

Gingrich: "Well, you seem shocked by it! This is a man whose staff created the PAC, his millionaire friends fund the PAC, he pretends he has nothing to do with the PAC - it's baloney. He's not telling the American people the truth..."

"I just think he ought to be honest with the American people and try to win as the real Mitt Romney, not try to invent a poll-driven, consultant-guided version that goes around with talking points, and I think he ought to be candid. I don't think he's being candid and that will be a major issue. From here on out from the rest of this campaign, the country has to decide: Do you really want a Massachusetts moderate who won't level with you to run against Barack Obama who, frankly, will just tear him apart? He will not survive against the Obama machine."