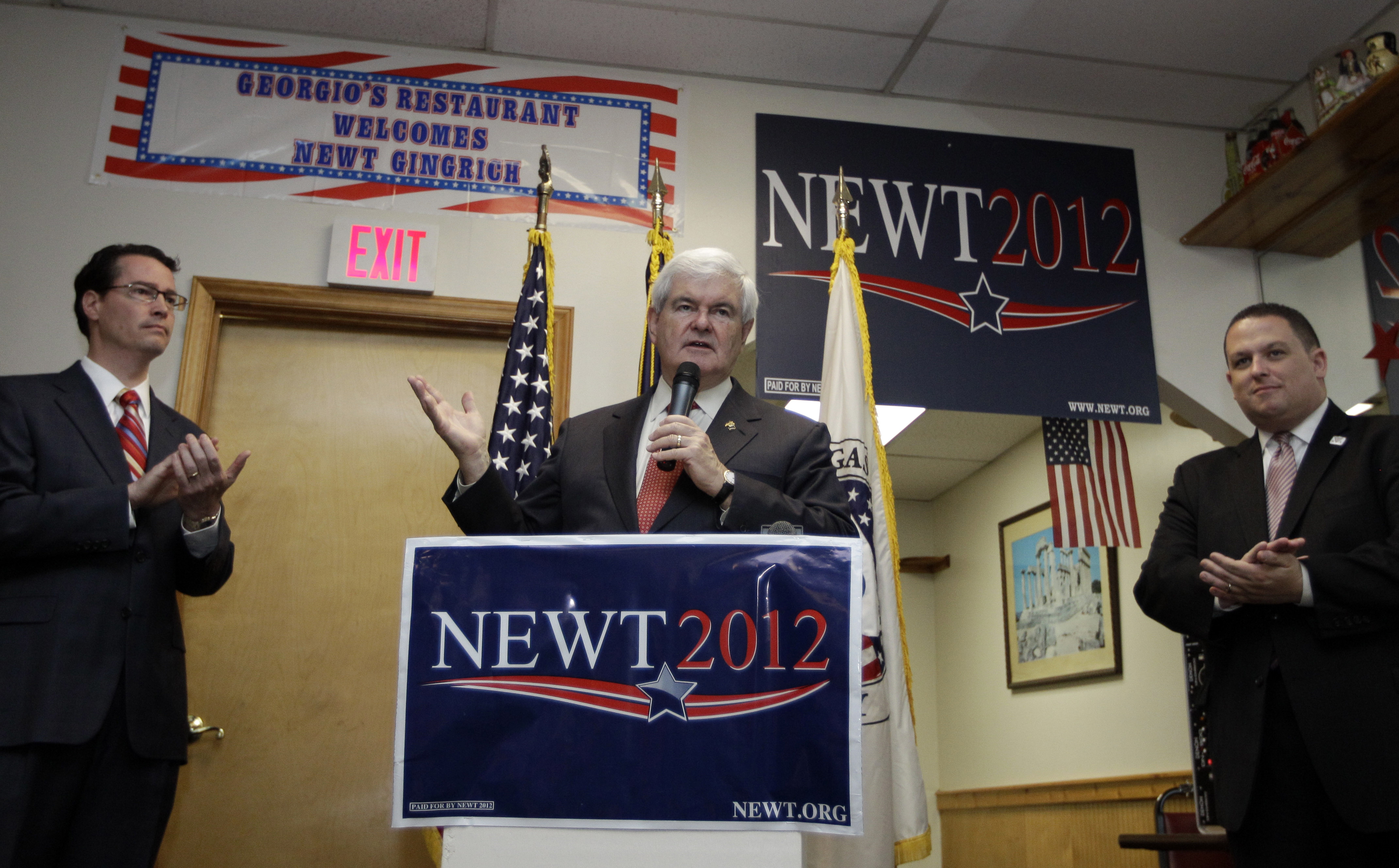 (CBS News) CRAMERTON, N.C. - Newt Gingrich on Wednesday unofficially conceded the Republican presidential race to Mitt Romney, calling on conservatives to unite behind the presumptive nominee. His campaign spokesman said he will formally suspend his bid next week.

After Romney's clean sweep of five primaries on Tuesday-- including Delaware, where Gingrich had staked the remainder of his tattered campaign -- the former House speaker said in a speech to the Gaston County GOP that "it's pretty clear Governor Romney is going to be the nominee."

"I think you have to at some point be honest with what's happening in the real world, as opposed to what you'd like to have happened," Gingrich said. "Governor Romney had a very good day yesterday. He got 67 [percent] in one state, and he got 63 in other, 62 in another. Now you have to give him some credit. I mean this guy's worked six years, put together a big machine, and has put together a serious campaign."

"I think obviously that I would be a better candidate, but the objective fact is the voters didn't think that," Gingrich said. "And I also think it's very, very important that we be unified."

Campaign spokesman R.C. Hammond told CBS News/National Journal that Gingrich would suspend his campaign next week, perhaps as early as Monday. He said Gingrich spoke to Romney on Wednesday morning and the two are planning an event at which Gingrich will formally throw his support to Romney.

Gingrich's national campaign chairman, Bob Walker, told CBS News/National Journal that the discussions include "the details that would be necessary to go forward with what I assume to be a role for Newt over the next several months." He said he didn't know if that included a convention role.

Until he officially suspends his bid, Gingrich will presumably maintain his Secret Service detail, which is costing taxpayers roughly $44,000 per day but allows him security that's cost-free to the campaign. On Friday, he reported being $4.3 million in debt--a casualty he attributes to trying to compete with Romney in Florida. Gingrich won only two states during the primary season, South Carolina and his home state of Georgia.

Gingrich said in Cramerton that he would continue to campaign in North Carolina through the week "as a citizen." Later, addressing an upset supporter in King's Mountain, he explained his decision this way: "Sometimes the mountain gets bigger than your ability to climb it."