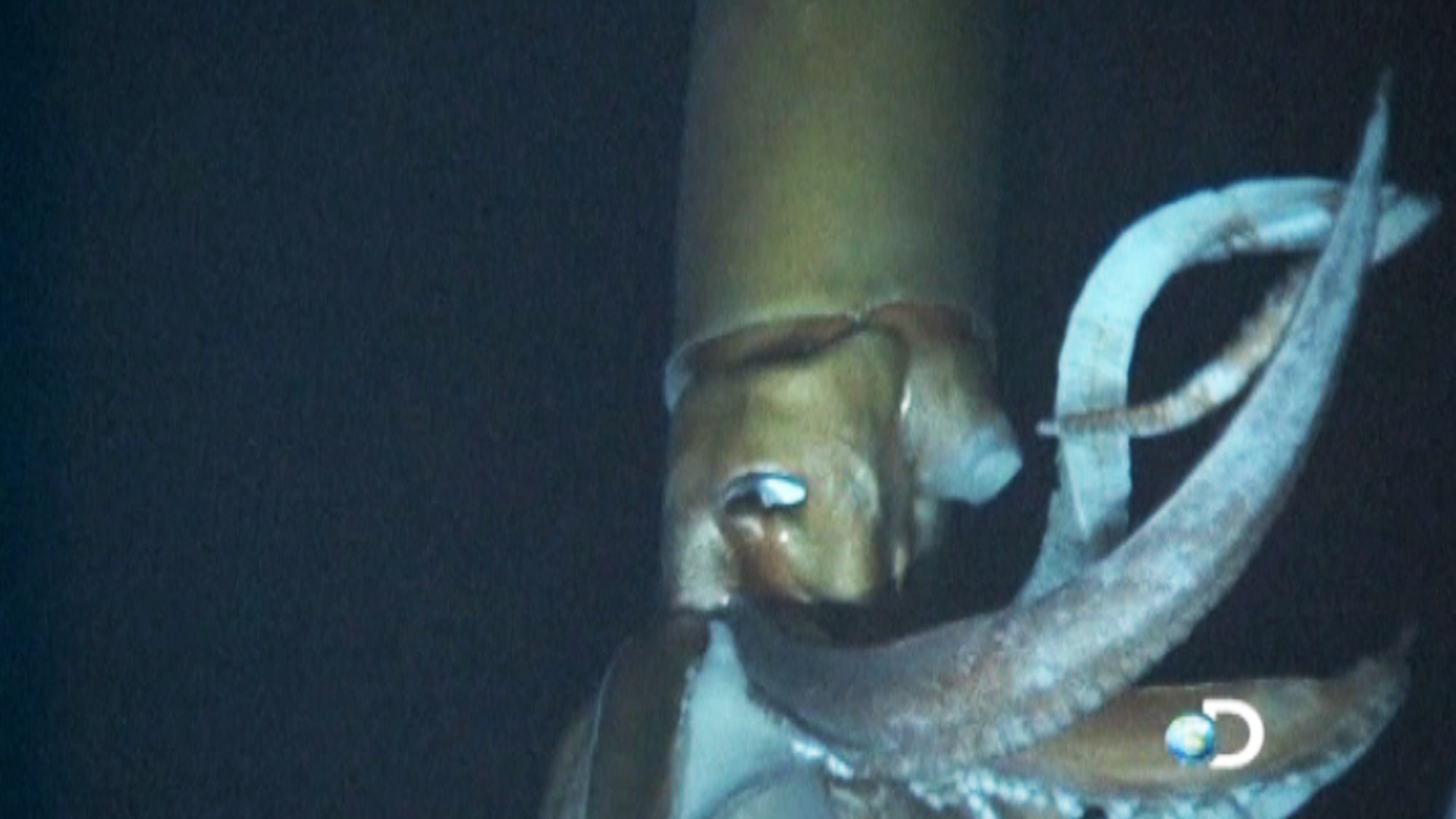 (CBS News) Elusive as a ghost, the animal no one had ever seen alive emerged from the total darkness beneath the ocean's surface. The first sighting was made possible by marine biologist Edie Widder, who dreamed up the right kind of bait.

"We've got something the size of a two-to-four-story house in the deep ocean that we've never seen -- that's crazy!" says Widder, the CEO of the Ocean Research & Conservation Association. "Until now."

For hundreds of years they were known only by carcasses that washed ashore. Last summer, off the coast of Japan, Widder joined a group of scientists who went fishing with a new idea.

They used a glass capsule to descend 2,000 feet under the sea and a lure Widder invented, called an electronic jellyfish.

Jellyfish in these waters light up when they are attacked by bigger fish. The giant squid, she reasoned, would be attracted by the light because it would mean food was nearby.

It worked. An animal 26 feet long came into view.

"This is the shot I love, where it just comes in and moves up over the jellyfish and then spread those arms wide and engulfs the camera system," Dr. Widder says.

"It is this alien creature that's got eight arms and two slashing tentacles writhing around and a parrot beak that rips flesh and an eye that's as big as your head," she adds. "I mean, what science fiction writer wouldn't just love it?"

The expedition was filmed by the Discovery Channel as part of its "Curiosity" series.

Scientists only made six sightings but believe there could be millions of the creatures lurking in the mysteries of the deep -- an ocean that remains 95 percent unexplored.

"Monster Squid: the Giant is Real" airs Sunday Jan. 27 on Discovery as the season finale of "Curiosity."