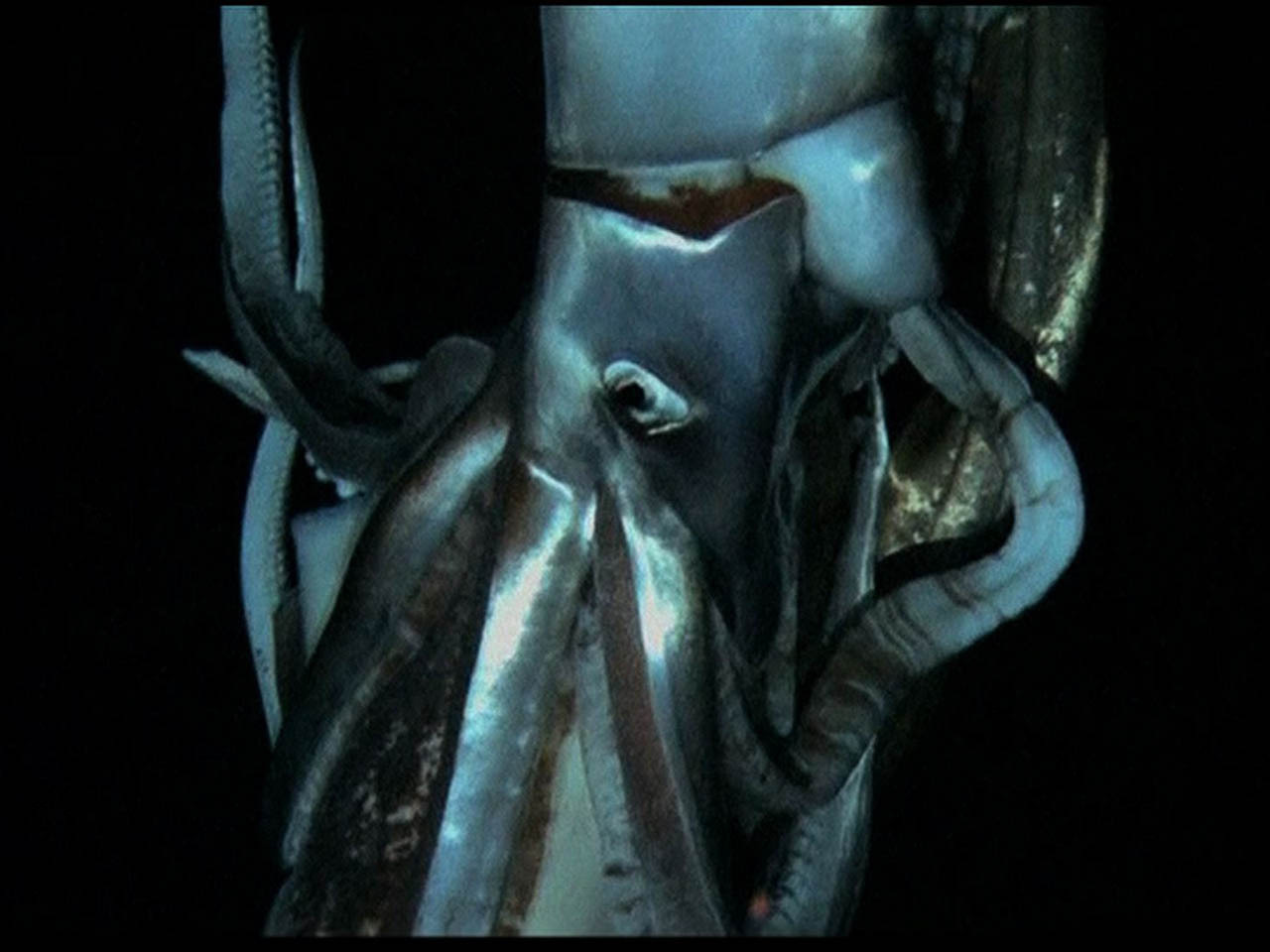 The mysterious and mythical giant squid has never been spotted alive in the deep sea -- until now. A team from Japan's National Science Museum has captured footage of a giant squid in its natural habitat: nearly a third of a mile below the surface of the ocean. It is the first such video of its kind.

Giant squids, which can grow up to 60 feet in length, have been found dead on beaches and photographed in the ocean and -- more often -- on the surface. But scientists have never seen video of the strange creature below the waves, until a mission put together by the Japan Broadcasting Corp. (NHK) and the Discovery Channel filmed the elusive beast off the coast of Japan.

"The giant squid was so beautiful that it seemed to sparkle," Tsunemi Kubodera, one of the lead scientists on the expedition, told reporters. "I was so thrilled when I saw it first hand, but I was confident we would because we rigorously researched the areas we might find it, based on past data."

Kubodera, a zoologist and giant squid expert with Japan's National Museum of Science, has spent years searching for the huge sea creatures. His team filmed a giant squid on the surface of the ocean in 2006.

Using a manned submarine, Kubodera and his colleagues took 100 trips below the surface to spot the stealthy squid. The team used a specially designed camera to capture high definition images in deep water.

Giant squids are predators who hunt in the deep sea further down than light can reach. Because of this, acquiring footage of the creatures has been a tremendous challenge, and has led to many rumors and myths about the animals. It is believed that the ancient myth of the Kraken, a sea monster large enough to devour ships and the sailors on them, originated with the giant squid.

The video will be aired in America on the Discovery Channel on January 27.