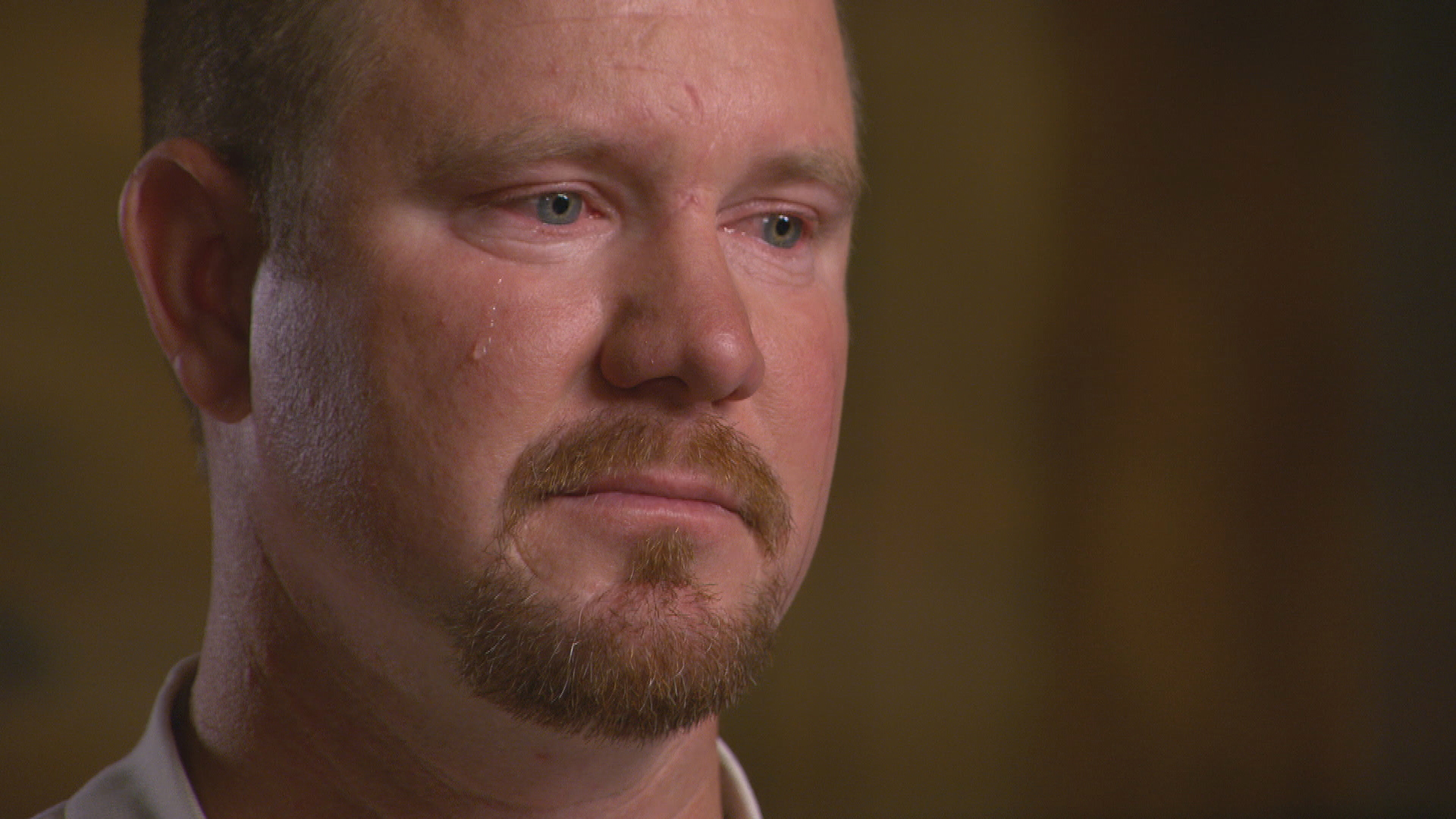 "Of all the interviews that I had done at 60 Minutes over all these years, that was one I will never forget," CBS News anchor Scott Pelley says of his 2010 interview withMike Williams, an oil rig worker who survived the Deepwater Horizon disaster. "He was about the best storyteller I'd ever met."

Four years ago, when the Deepwater Horizon oil rig exploded in the Gulf of Mexico, 60 Minutes put a large team of about 20 staff members on the assignment. With only days to find an angle on the complicated and poorly understood breaking news story, producers divvied up the reporting work. One producer, Nicole Young, went searching -- by boat and helicopter -- for spilled oil, which hadn't made landfall in the Gulf yet. Another producer, Michael Karzis, was tasked with learning the science of oil rigs and deepwater drilling. Producer Graham Messick (featured in the above video) began calling families of the 11 crewmen who were killed in the blast.

But it was one of the youngest members of the team who found the remarkable oil rig worker named Mike Williams. Rachael Morehouse, then a broadcast associate just starting out in her career, got the lucky break while cold-calling survivors. Thanks to Morehouse, Williams told his story to Pelley on the broadcast just days after leaping from a burning rig -- a 10 story drop -- into an oil slick in the waters below. In the end, it was Williams' interview that made the difference for the award-winning two-part story, which aired in May 2010 (posted in full below).

"The day of the interview, we were all crammed into this tiny room in this old hotel in New Orleans in the French Quarter," recalls Morehouse. "It was about a three-hour interview, and everybody was just completely transfixed by everything he had to say."

"People were on the edge of their seats," says Messick. "One of the things that made Mike Williams' story so rich was that he was literally still living it." It had only been a matter of days since Williams had found himself on the edge of the exploding oil rig, faced with the prospect of jumping more than 90 feet.

Williams' interview also shed new light on the causes of the explosion.

"Mike Williams was in a unique position on the rig," says Pelley. "Williams was in charge of all the computer systems, so he had a really good idea of what was going on all over the rig. There were so many things for weeks that led up to the blowout, and Williams was able to stitch all of that together and paint a picture of a project that was under a lot of pressure and in a lotta trouble."

"It solidified in a lot of people's minds, including a lot of lawmakers, that BP was really responsible, ultimately," Messick says. "And, subsequently, they paid for it."

Now, four years later, BP is crying foul, claiming the company has been forced to pay millions in compensation for losses that were unrelated to the oil spill. This latest chapter is the focus of Pelley's newest story on BP, which aired on the 60 Minutes broadcast this week.

"For BP, this has been one unending nightmare from the moment the well blew out, all the way through the present day. It's been disastrous for the company," says Pelley. "I could not have imagined that BP would play the victim four years after that catastrophe.

Editor's Note: This segment was originally published May 4, 2014. Since then, BP, the company responsible for the Deepwater Horizon disaster, is suddenly facing billions of dollars in higher fines. A federal judge ruled last Thursday that BP was "grossly negligent" in the biggest accidental oil spill the world has ever seen. The ruling means that BP's fines could be quadrupled.

Border Emergency: Inside "The Migrant Hotel"