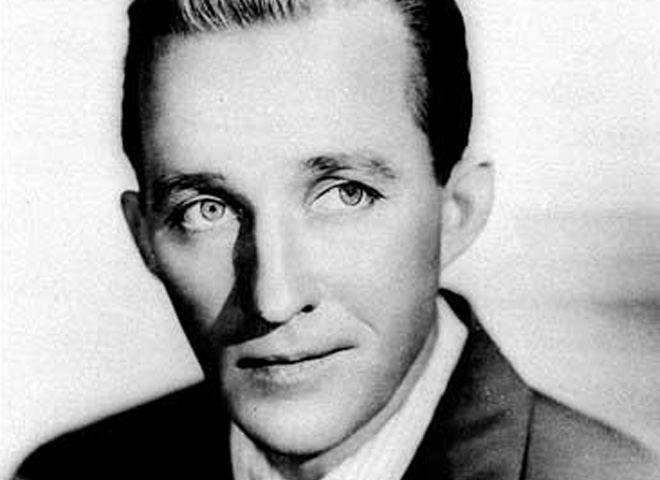 "White Christmas" is a holiday tradition beloved by millions.

It's also the most popular song, ever.

The classic was written by Irving Berlin, one of the most prolific American composers in history.

He penned more than 400 hits, among them, "Easter Parade," "No Business Like Show Business," and "God Bless America."

No song, says Osgood, captures the spirit of the season better than "White Christmas."

The legendary Berlin, one of Americas greatest, was a Russian, Jewish immigrant who, though he couldn't even read or write music notation, managed to compose over 1,000 songs, the very foundation of our American songbook.

But it's "White Christmas," one of his simplest, just 54 words and 67 now classic notes, that remains his most popular.

"I think," reflected Linda Emmett, the second of Berlin's three daughters, "for my father that Christmas was an American holiday more than anything else. It was certainly nothing he was exposed to, to say the least in -- in Russia."

Emmett was speaking in the former Berlin residence in New York. It is now the Luxembourg consulate.

In the Berlin household, she says, Christmas was "the typical secular Christmas, with a Christmas tree, and Christmas stockings, and a turkey, and a plum pudding, and general cheery atmosphere, and something that as children we --- we looked forward to tremendously."

Many think Berlin was inspired to write "White Christmas" during a stay in Beverly Hills while working on a movie. He was homesick for his family.

"And it wasn't until -- a couple years later ... over the Christmas season of 1940 into 1941, I believe, that he -- kind of took the song, the half-finished song out of what he called his song trunk," says Jody Rosen, author of "White Christmas: the Story of an American Song."

"And," Rosen continued, "over the Christmas season that year - (Berlin) rewrote the lyric ... and it was then that after he'd written it, that he came into his -- his-- song publishing offices and -- and announced to his musical secretary, 'I've just written a new song. Not only is the best song I've ever written, it's the best song anybody's ever written.' And that song was 'White Christmas.' "

"White Christmas" premiered on radio at Christmastime in 1941, just 18 days after Pearl Harbor. The song aired on Bing Crosby's radio show. Only eights months later, moviegoers would see and hear Crosby sing it in the film "Holiday Inn."

"It was ... kind of the centerpiece of the film, the center," Rosen says. ... "But critics didn't take much notice of it. And it was only when Armed Forces Radio began to play the song overseas and for American troops who found its images of kind of Christmas on the home front so appealing. ... It was 1942, the first winter that American troops had spent overseas. So, these images of ... snowy American, New Englandy Christmas really spoke to the longing, nostalgia and homesickness of the troops for their homeland and for the sweethearts and wives and mothers and fathers they'd left behind. It was the enthusiasm of these troops that really propelled the song and made it a hit."

There are now hundreds and hundreds of versions of "White Christmas," recorded by scores and scores of performers, says Osgood. Still, it is the definitive Bing Crosby rendition that makes us stop, listen, and dream along, as it has for so many Decembers.

For information on "White Christmas: The Musical Tour," click here.