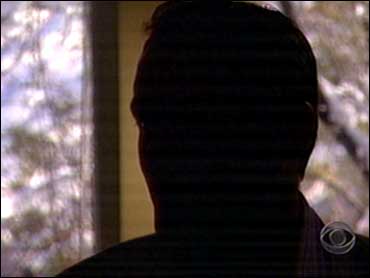 There's no question people are obsessed with sex. But is there a point where obsession becomes … addiction? Our cover story is reported by Seth Doane:

It's the subject of summer blockbusters, like "Sex and the City." It sells magazines, and destroys politicians (see Spitzer, Elliot).

It's that salacious subject: Sex.

Look around … sex is everywhere. And as Americans, it seems like addiction is everywhere, too. Lately, my "addiction" seems to be to cappuccino. But can we be addicted to sex?

Before you dismiss the idea of "sex addiction," consider these two stories: author Susan Cheever, on a journey to understand it; and a man we'll call "Joe" (who's asked us to conceal his identity) …

How did Joe's addiction begin?

"You were looking at pornography at work?" asked Doane.

He says it ruled his life, and ruined his two marriages.

"When I'm in the mind frame of wantin' to do pornography, you don't think about anything else. You're focused on getting that high, getting that adrenaline rush."

A rush that seems to be as powerful as it can be difficult to discuss.

"People are embarrassed," Susan Cheever said. "There's a lot of shame around this subject."

Susan Cheever is the daughter of the late writer John Cheever. Her new book, "Desire: Where Sex Meets Addiction" (Simon & Schuster), is part memoir, part research project. She doesn't call herself a sex addict, not exactly. But on the other hand, well, there WAS the sex …

(CBS)
"Whenever there was a situation in which I was terrified or panicky, I would often find myself sleeping with somebody who appeared to have power over that situation," said Cheever (left).

Doane: "You achieved that by …"

"I thought I was going to achieve, you know, my mother's good health by sleeping with the oncologist and getting special treatment for her, and knowledge for me," she said.

Cheever believes that it was not sex as much as the desire to fall in love, over and over again, that drove her through three marriages and multiple affairs.

What makes someone a sex addict, Doane asked?

"Well, I think what makes anyone an addict of any kind - sex addict, alcoholic, cocaine addict - is really up to them.

"Addiction starts with a broken promise. In other words, when you say to yourself, 'I am not gonna sleep with him, I am not gonna see him tonight,' and you find that you are doing it anyway, you've entered the land of addiction."

Psychologist Patrick Carnes says there are definite red flags to look for. Carnes first studied (and popularized the term) "sex addiction" in the 1980s, in the book "Out of the Shadows" (Hazeldon).

"There are bad things happening to them," he told Doane. "They're spending money they can't afford. They're putting marriage at risk. They're getting sexually transmitted diseases. There's things that are happening."

It's been estimated that three to five percent of Americans engage in sexually compulsive behavior.

We found that Carnes, who has studied the subject for decades, still gets emotional when he considers its effects.

"You know, the joke is, 'Well, if sex is an addiction, it's the way I wanna go.' If you sat in my office and you listened to the tales of woe, I mean, sometimes in an evening, I'll come home and, you know, it's hard to even talk."

"Because of just how hurting people are about the problems that they have. And I think for people who are out there who dismiss it as something that's funny, they don't sit in our shoes."

But hold up for a minute: It turns out sex addiction doesn't even exist if you consult the "Diagnostic and Statistical Manual of Mental Disorders" (DSM-IV), the bible of psychiatry. It used to be in here, but was taken out for lack of scientific evidence when the manual was revised 14 years ago.

New York psychiatrist Jack Drescher, who specializes in gender issues, says, "I think it's a made-up diagnosis. I think it's a diagnosis that has a moralizing component to it.

"The problem that I have is like Flip Wilson used to say: 'The devil made me do it.' And so 'My addiction made me do it' is a way to not take in to yourself your own wishes and desires - meaning that you might want to have more sex than the people around you think you should have."

Dr. Drescher believes that for one thing, no one's ever decided what the proper amount of sex is. He also believes that so-called "sex addiction" is usually a mask covering deep-seated issues, like alcoholism or drug use, or abuse suffered in childhood.

"What do you say to people who would say, 'Come on, sex addiction? Yeah, just get over it'?" Asked Doane.

"Well, that's what many people think about addiction, period," Cheever said. "So even as people say, 'Why can't you just drink less?' You know, 'Come on, sex addiction. Just get over it.' 'Just don't fall in love again.' They don't understand addiction, that the core of addiction is powerlessness."

"We send mixed messages about sexuality," Dr. Drew said. "I think we use it. We expose kids to it. We glorify it."

"We don't even know the full impact of kids having pornography pouring down on them," he said. "By the same token, the rest of mass media, not just the online barrage, the tsunami of online pornography, but what's portrayed in the broadcast media is sex without consequences, sex without a context, sex as just something that's arousing and fun but not something that's part of a deeper human experience - or, by the way, something that has real risk."

A risk that actor David Duchovny very publicly recognized this summer, when he announced that HE was a sex addict.

It was a sort of life-imitates-art moment, as he currently plays a sex-obsessed writer in the cable series "Californication." Duchovny turned to a rehab center for help.

Others have turned to a vast network of 12-step programs, based on the principles of Alcoholics Anonymous.

He's signed up for a new online program, which he visits multiple times a day. He read us one of his recent journal entries that shows his continuing struggle.

So, in a culture where sex and addiction are both celebrated and condemned, what are we to make of sex addiction? The answer, like sex itself, might not be so simple.

"What people are doing sexually often is a window into their deepest wounding, or their deepest desire, or who they are as a person," said Carnes. "And so our culture needs to see the opportunity in that, and that sex is not the enemy. The enemy is us, and it's what we do with our sexuality."