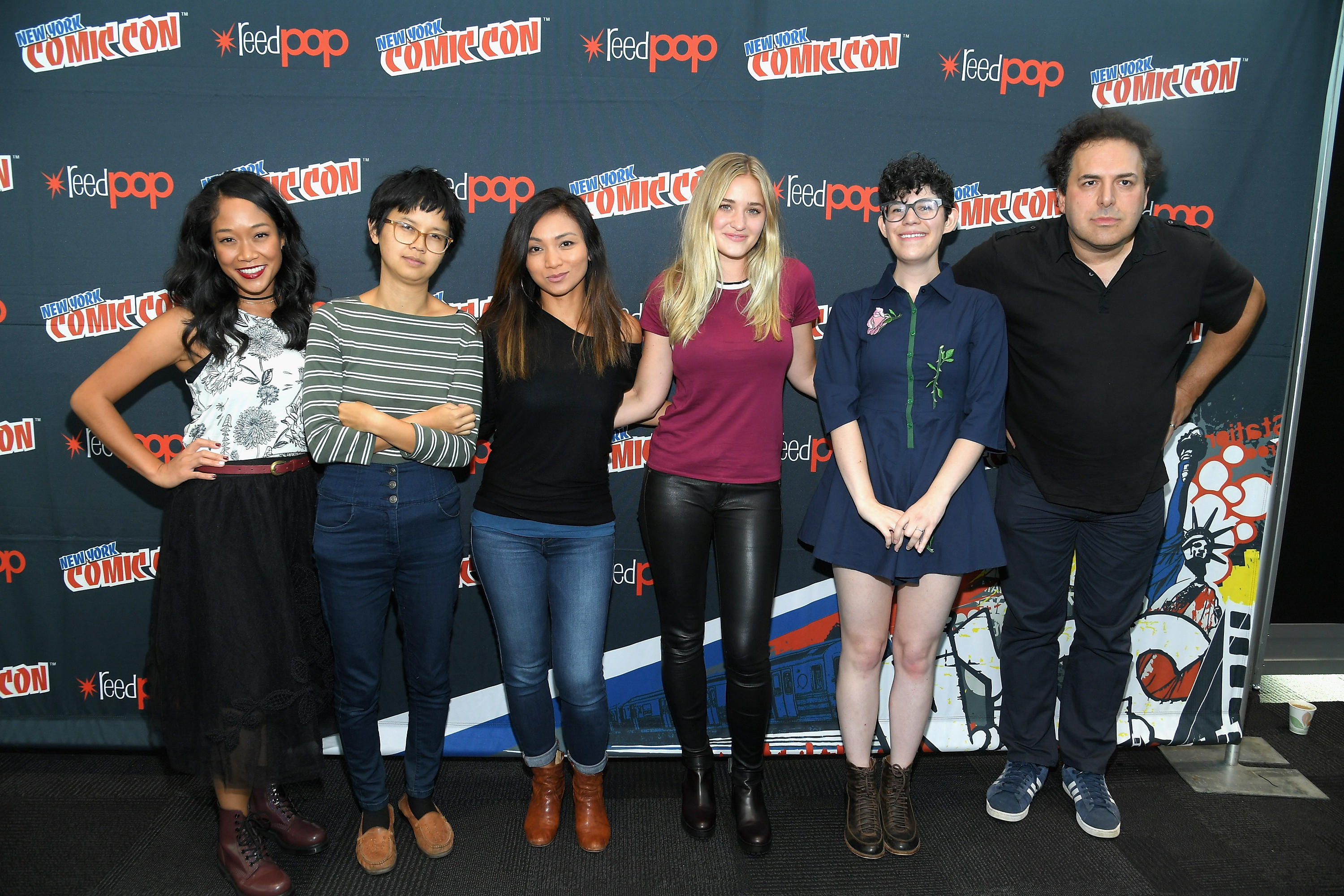 In 2013, Rebecca Sugar became the first female creator of a Cartoon Network series with “Steven Universe,” a coming-of-age story about a young boy who is taught to use his powers by his three magical guardians known as the Crystal Gems all while defending the Earth from evil.

The universe comes alive with vibrant colors and a rolodex of characters -- many of them complex, nuanced and emotionally intelligent -- plus an unusual level of sophistication for the medium. The cast came together at New York Comic Con on Friday to discuss how the series has developed over the past few years.

One of those complex, nuanced characters is Lapis Lazuli, a Gem who spent thousands of years imprisoned by her race. Sugar has evolved the character from a mistrustful, weary woman into a more lighthearted presence.

“I love the irony of her. She has really great one-liners, she’s really dry -- and she controls water, which is really funny,” said Jennifer Paz, the voice actress behind Lapis. “But out of all the Gems, she’s still very mysterious.”

Sugar has written a character with a kind of depth that Paz said she rarely gets to explore.

The redeemed anti-heroine Peridot has also evolved, starting out as a ruthless and maniacal villain trying to destroy the world in a cold and calculated manner. Peridot has reached such popularity among fans not only because of her wild antics and zany catchphrases but because many identify her as someone who falls along the autism spectrum.

Shelby Rabara, the voice of Peridot, said she doesn’t believe she was purposefully written to be that way, but at events people tell her, “‘I’m on the spectrum and Peridots really helped me when I have an outburst or when I’m having these feelings and I don’t know how to get them out.’” Rabara explained. “I’m happy that I can voice a character that gives people on the spectrum somebody to identify with.”

In the Emmy-nominated episode “The Answer,” Sugar told the story of two female characters -- Ruby and Sapphire -- and their brilliantly sensitive, beautiful and awkward journey of falling in love and fusing together to become one. Sugar turned the love story into a children’s book, which has reached the New York Times’ Bestseller list, proving that these stories can resonate with a wider audience.

Charlyne Yi, the voice of Ruby, emailed Sugar immediately after the episode aired to tell her, “You are doing something so special and so incredible and it’s so important.”

This was a constant theme for fans during a Q&A for the “Steven Universe” panel at New York Comic Con, with several attendees overcome with emotion while expressing their gratitude for Sugar’s creations.

Sugar’s imaginary world has given a home for many of the real-life stories and characters that have been neglected and overlooked through the years and sparked the conversation about what it means to tell nuanced and inclusive stories.