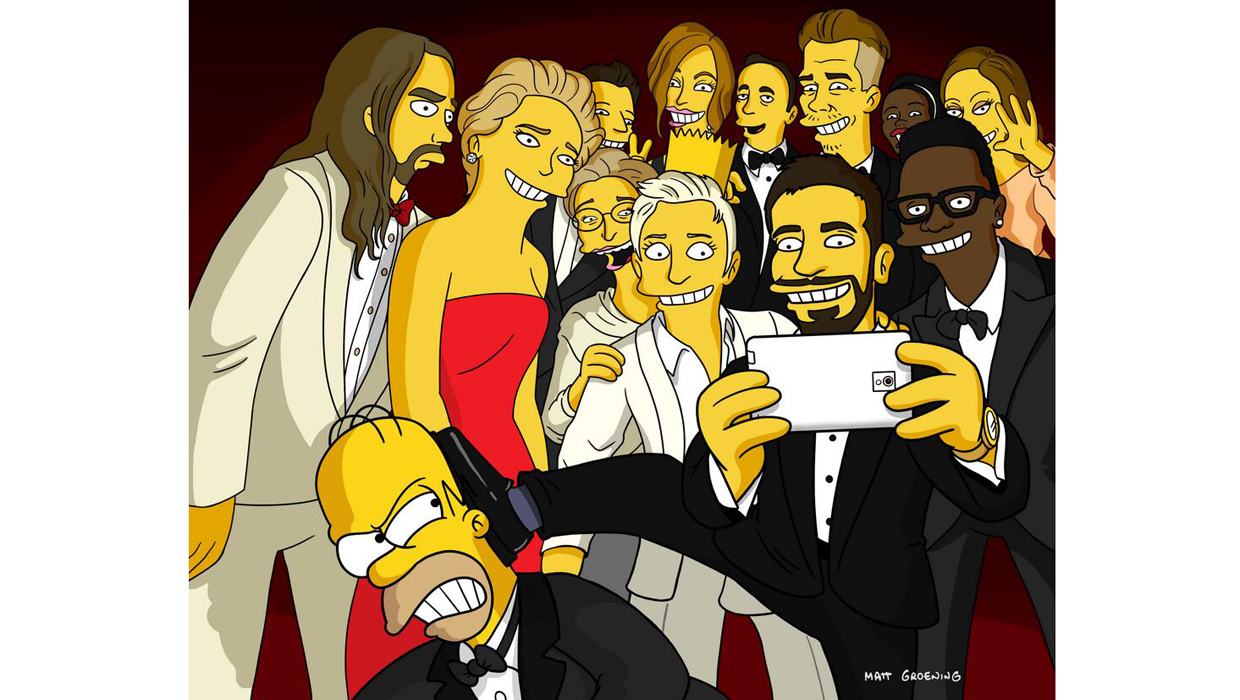 By now, we've all seen that celeb-packed selfie Ellen DeGeneres posted during the Oscars, which broke the record for most retweets and temporarily crashed Twitter.

Now, Springfield has put its own twist on it.

"The Simpsons" creator Matt Groening created his own version of the photo -- with Simpson-ized versions of A-listers like Bradley Cooper, Jennifer Lawrence, Meryl Streep, Jared Leto and Lupita Nyong'o -- and shared it Tuesday on Twitter.

"The ugly true story of that Oscar selfie can finally be told! Let's break Twitter again. Look for Bart," the tweet said. (Spoiler alert: You can see his head behind Ellen.)

Currently, its no match for DeGeneres' photo. That one has gotten than 3 million retweets as of Wednesday, while the "Simpsons" version has been retweeted just (just!) 22,000 times.