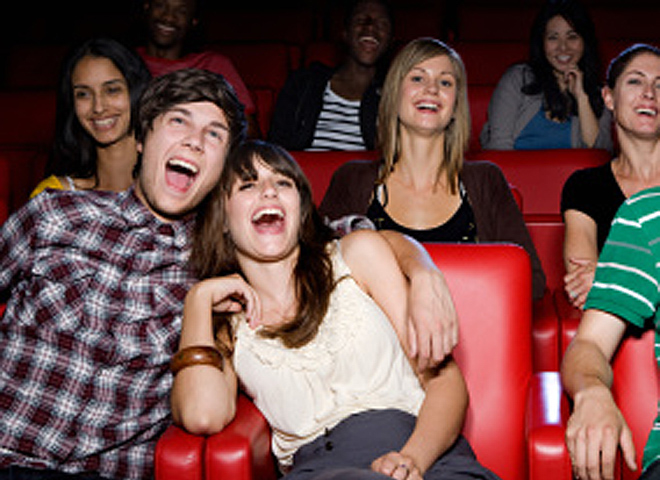 WHAT'S SO FUNNY is the question we ask when we don't quite get the joke. It's also a question that weighs heavily on people who do comedy for a living. Our Cover Story is reported now by Susan Spencer of "48 Hours":

After decades of coming up with jokes for David Letterman, his writers agree: Being funny is serious work.

"If we look at, you know, a couple of hundred jokes, only 16 or 17 are going to get on the air," said Bill Scheft. "It's all just generating mounds and mounds of coleslaw to get one good serving."

The good ones get made into television, like this classic about a made-up news show, which had befuddled viewers calling in to CBS...

LETTERMAN: "It's time to check in with Bruce and Linda, and see what's coming up Saturday on the 'Weekend Late Show.' Kids, take it away!"

"Dave would throw to a promo like they do on regular news shows would throw to their local," said Roberts. "And they would have kind of ridiculous, really -- I don't even know, B-level is probably being generous -- B-level stories."

BRUCE: "Now you've probably heard there's a wrong way and a right way to brush your teeth. Our hygiene reporter Candy Schechman has all the information you'll need to keep those choppers white and bright."
LINDA: "All that, plus preparing your will, a chainsaw safety lesson, and backgammon tips, Saturday on 'The Weekend Late Show'!"

"And then we started to get people contacting their CBS affiliates and saying, "Where can I see them? Why don't we get the 'Weekend Late Show'?"

Spencer asked, "What would be the common denominator then of the ideas that are immediate winners? You just know they're winners?"

"I think it's hitting the right line on the midpoint of smart and silly," said Young. "Something that's not purely nonsense, but something that's not so soberly intellectual that it's not actually funny. You gotta hit that sweet spot right in the middle."

Sometime the problem is what Letterman won't say. "We had a guy here, he was hired as a monologue writer," said Schieft. "And his second week, he came up to me and said, 'I'm writing a joke. Would Dave say the word orgasm?' And I said, 'Not even if he was having one.'"

But comedy is not science. And as every stand-up comic who's ever bombed on stage can tell you, there is no magic formula for making people laugh.

The writer E.B. White warned against even looking for one; he compared analyzing comedy to dissecting a frog. In the end, he pointed out, the frog always dies.

"It's never been the case that you can explain a joke and then the person says, 'Oh, ha ha! That's hilarious -- now I get it, it's really awesome and I'm really enjoying the joke," said psychologist Joe Moran.

But that doesn't stop Moran from researching humor. He works at the Center for Brain Science at Harvard University. "Humor is a big, important part of what makes us human," he said.

Moran figured that out by putting people in MRI machines and then watching their brains while they watched an entire episode of "Seinfeld."

He showed Spencer a scan of a "brain laughing." "Essentially this is what happens when we are enjoying a joke," he said.

No surprise that enjoying a joke involves parts of the brain linked to emotion. But it turns out that "getting" a joke uses the areas needed to solve complex problems. In other words, humor takes brains.

Spencer asked, "Are human beings the only entities that experience humor?"

"We haven't found examples of actual humor yet in other species," Moran replied.

"Every dog lover in America is going to say, 'You know what? You are completely wrong. My dog smiles, my dog laughs.'"

"We can't get inside the dog's head," said Moran. "We can't ask him, 'Okay, are you feeling humor right now?' If we could, we could certainly find out."

OK, if not smart dogs, what about smart kids? Scott Weems is another scientist for whom jokes are no laughing matter: "They've shown that even in children as young as 10, there's a really strong correlation between intelligence and sense of humor."

Spencer met Weems at the famous New York City comedy club, The Comic Strip. He says we laugh when our delightful brains make sense of nonsense:

"It's all about conflict," Weems said when asked what makes a joke funny. "You've got to set up an expectation and then violate that expectation somehow."

Where's the conflict there? "Well, who's wearing the pajamas really depends on how far in that joke you are. Halfway through the joke, Groucho Marx is wearing pajamas, and then you have to revise halfway through it. And it's a very quick revision, in the course of a single sentence," said Weems. "That's what you get with a set-up and a punchline."

It's the recipe for so many great one-liners, from Lucille Ball ("Ever since we said 'I do,' there are so many things we don't"), to Woody Allen (Keaton: "Sex without love is an empty experience"; Allen: "Yes, but as empty experiences go, it's one of the best") to Henny Youngman ("One night I dreamed that God sneezed. I didn't know what to say to him").

We laugh, but in his book, "Ha!," Weems notes that great figures in history haven't always gotten the joke: "Plato said that humor should be outlawed in his 'Republic,' and there's religious debates now about the New Testament [and] whether Jesus laughed -- I don't mean like, you know, in the Bible; I mean, like, his whole life if he ever laughed."

"Wait a minute: People who say 'No, Jesus wouldn't laugh'? Ever?" said Spencer.

Making Jesus or anyone else laugh is an underrated skill, or so say the pros. "You know, Bill Maher used to do a bit about how it's the only art form that's heckled," said Scheft. "I mean, nobody ever said to Picasso, 'Hey, more green, jackass!'"

And that's enough to make some comics, well, just a little insecure.

"It's been said that people who are neurotic make better comedians -- do you think that's true?" asked Spencer.

"What do you mean by that?" laughed Scheft. "Did you talk to Dr. Glickstein? Is that why you're asking me?"

So if someone tells you a great April Fools' joke this week, be nice -- and laugh your socks off!

Spencer asked, "Do you guys have a joke that you think, not one that you wrote but just is a wonderful joke, best joke ever?"

"There are so many great Groucho Marx one-liners," said Letterman head writer Matt Roberts. "'I've had a wonderful evening, but this wasn't it.,' you know?"