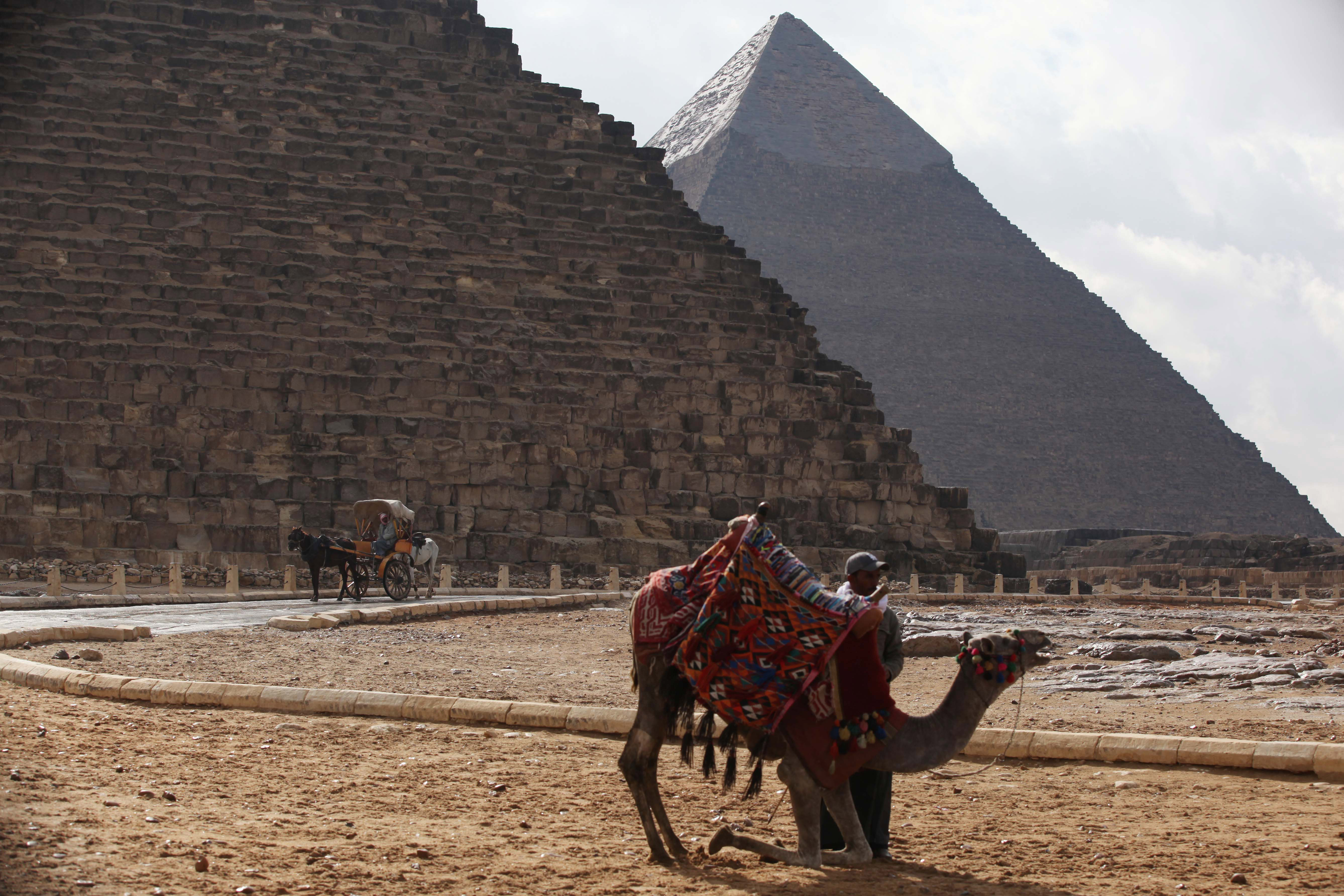 Building a pyramid is no easy task -- especially when it comes to transporting heavy stones across the hot desert. But physicists say they've uncovered the secret behind how ancient Egyptians moved the stones -- wet sand.

Based on the research conducted by the Foundation for Fundamental Research on Matter (FOM) and the University of Amsterdam, physicists found that workers most likely put the stones on a sledge and then moistened the sand under it to make it easier to move.

Even the ancient Egyptians themselves seemed to confirm this method -- a wall painting found in the tomb of Djehutihotep depicts a person pouring water in front of sledge carrying a large statue.

By making the sand wet, it reduces the amount of sliding friction when sledge is being moved over the sand as opposed to dry sand. This method not only made it easier to move the stones, it was also labor efficient.

If the right amount of water used to wet the sand, it required fewer workers to transport the rocks. However, if too much water is used, it will cause the sand grains to clump together and pile up in front of the sledge.

Researchers said this discovery could offer some insight into modern day applications when it comes to moving granular materials like sand including optimizing the transport of asphalt, concrete and coal.

The findings were published in the journal Physical Review Letters.

How Hurricane Michael could shrink – or spread – red tide in Florida