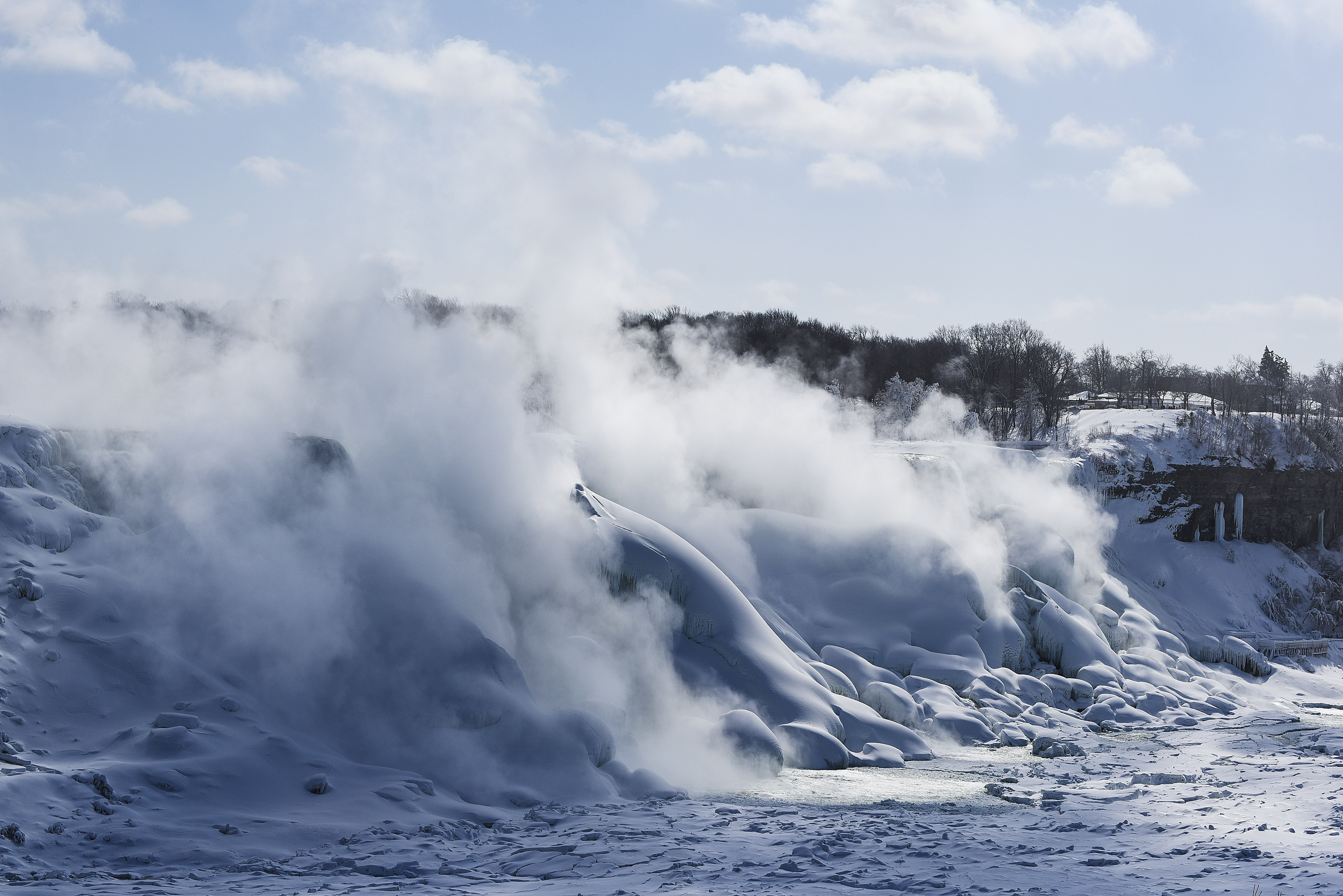 It's a stunning sight: Niagara Falls, the world's most famous waterfall, apparently frozen in place. The icy spectacle, brought on by weeks of severe cold, has drawn a steady flow of intrepid tourists. But is it really frozen? Not exactly. Here's a brief explanation of what really happens when the mighty Niagara River appears to form a crystalline cascade:

A RIVER RUNS THROUGH IT

For the second straight winter, the frigid weather in western New York state and lower Ontario has frozen vast sections of the U.S. side of Niagara Falls, known as the American Falls, and the Canadian side, known as the Horseshoe Falls because of its shape. But the water never actually stops flowing underneath.

That is no accident: the Niagara River is an important source of hydropower, so a long ice boom made of steel catches any icebergs, while ice cutters work around the clock to prevent the Falls from jamming up. Once, in March 1848, a large ice jam upstream stopped the flow of the river, according to CBS Affiliate WIVB meteorologist Andrew Baglini.

Even then, he said, the Falls did not freeze over. There is simply too much water, and too much continuous movement, for that to happen.

THE FORBIDDEN BRIDGE OF ICE

If it's cold enough for long enough, an ice bridge forms along the river, connecting the U.S. and Canada. Day-trippers once enjoyed sledding and drinking on the ice bridge until 1912, when it broke up and three people died - a Canadian couple who became stranded on a piece of ice and an American teenager who tried to save them. Their story is the subject of an online graphic novel, "Hecock," named for the Cleveland teen who died. Walking anywhere on the ice has been strictly banned ever since. An exception was made last month for a pair of Canadian ice climbers, Will Gadd, 47, and Sarah Hueniken, 34, who became the first to scale the Falls, climbing a 30-foot (9-meter) section of the Horseshoe Falls.