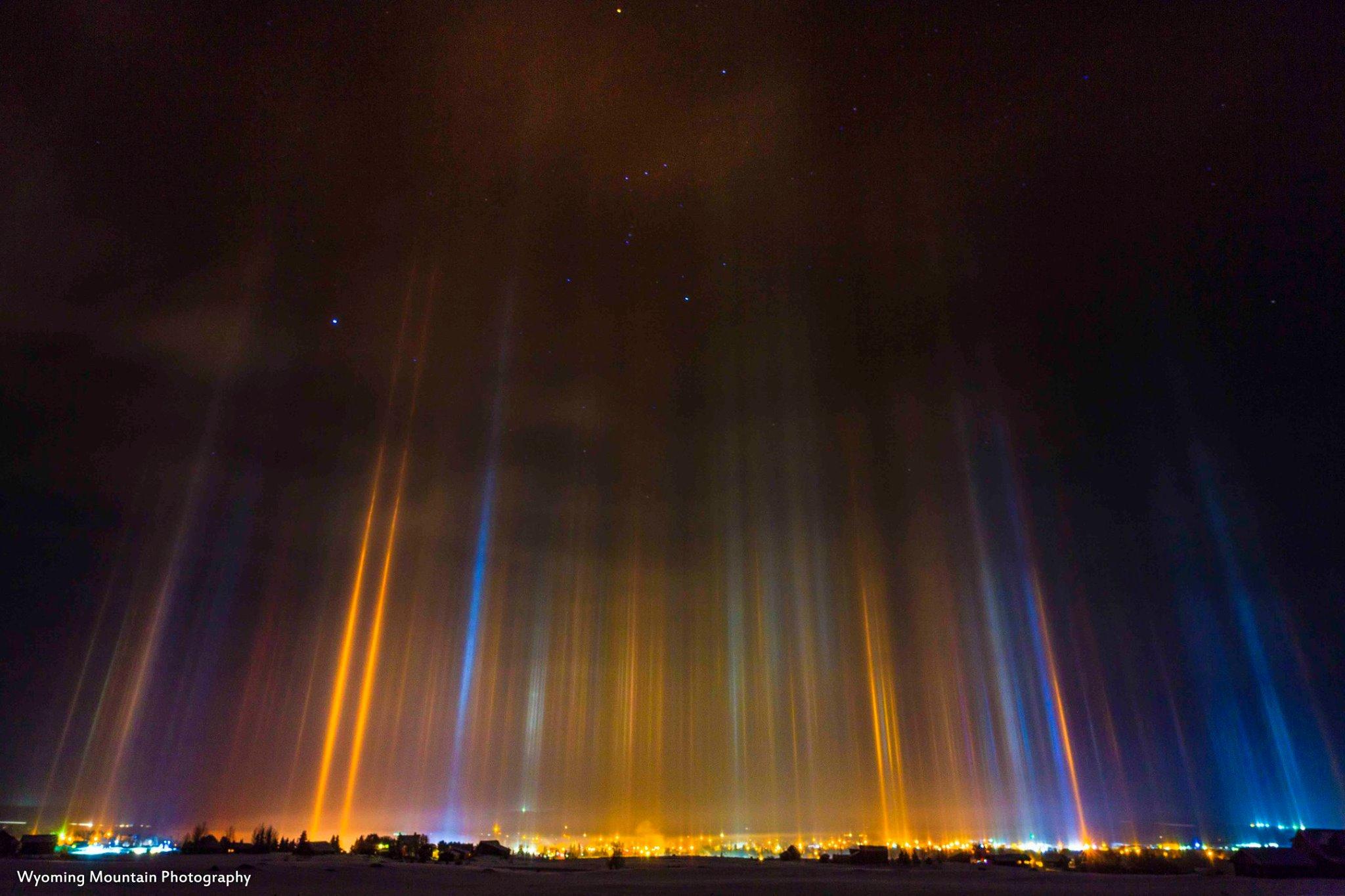 David Bell was watching the snow fall from his window on a crisp, 4-degree winter night when he spotted rainbow-colored lights peeking out of the fog.

The photographer, who lives in the small town of Pinedale, Wyoming, which has about a 7,200-foot elevation, knew he was witnessing something special. He turned to his wife and said, “I’m going outside.”

Bell grabbed his camera gear, threw on a coat and set up a tripod in a foot of snow just outside of his house, which sits about 200 feet above town. He focused his camera on the sky. As the snow stopped, the colors became crystal clear.

The glowing lights shot up like pillars in the night sky.

“I’ve seen it before, but I’ve never seen it this intense,” Bell told CBS News. “It was incredible. It was absolutely incredible.”

The rare natural phenomenon is most commonly seen when nearly flat, hexagonal-shaped ice crystals reflect city lights, according to Weather.com. These ice crystals are usually found in higher-level clouds when the air is very cold.

“We had a bigger snowstorm, lasted about 36 hours, and typically when those clear out we get a plunge in the temperature. As the temperature plunges it takes the remaining moisture in the air and it turns it into ice crystals,” said Bell, explaining that he’s studied light pillars over the years. “What creates light pillars is when those ice crystals form in a certain way and they have to be diagonally shaped.”

Over the course of several hours, Bell snapped photos of the beautiful lights and shared them on his Facebook page. One the photos he shared has been viewed more than 500,000 since it was posted last week.

“One of my friends said to me, ‘We don’t get the aurora borealis in Wyoming, but this is just as good,’” Bell said. “It’s our version.”

The cold may be brutal, but sights like this make it worth it. “It was absolutely an incredible experience,” Bell said.