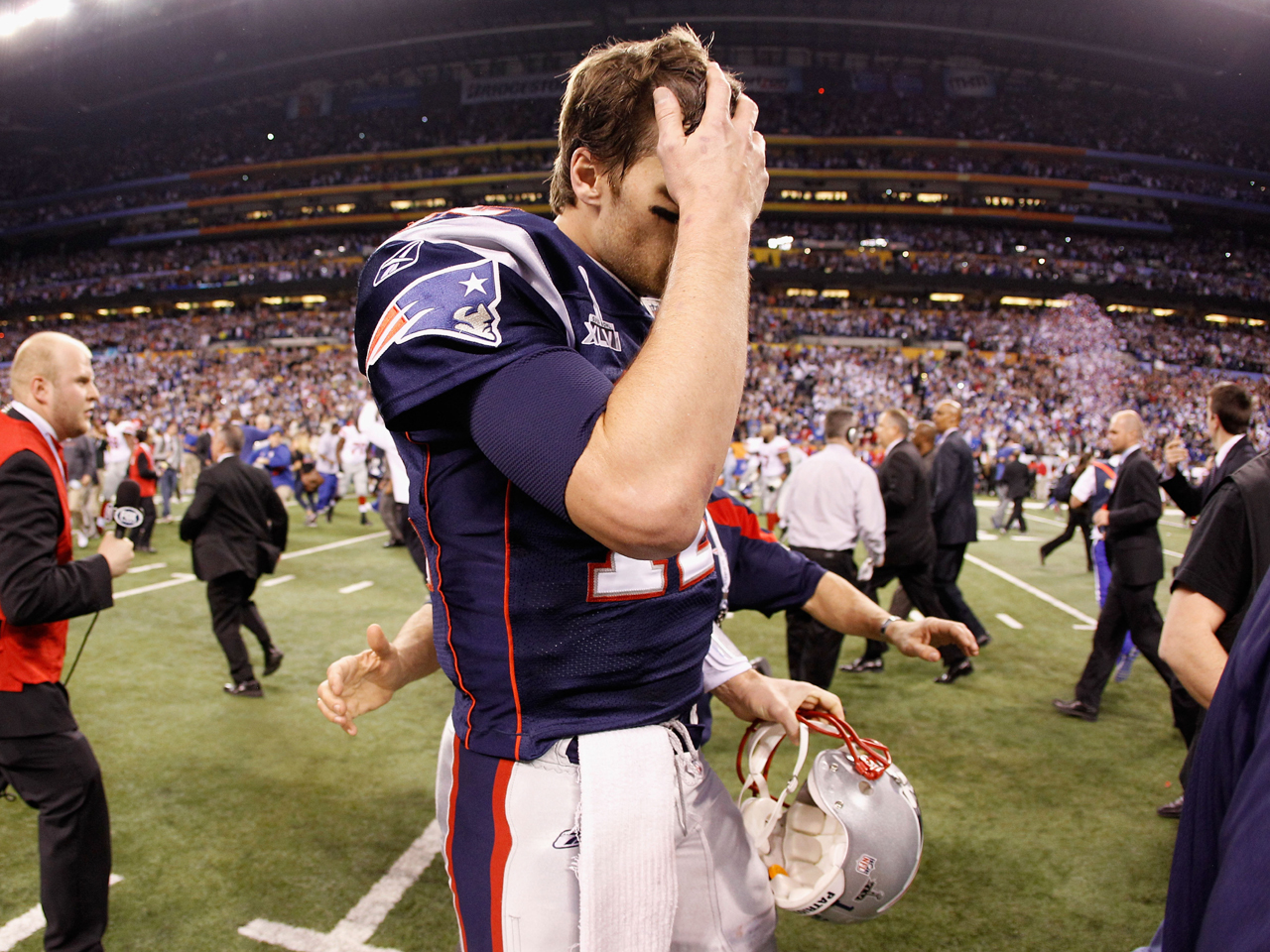 (CBS News) The phrase "Win some, lose some" will be little consolation for the players and fans of whichever team loses in today's Super Bowl. Just ask somebody who's been there. Our Cover Story is reported by Susan Spencer of 48 Hours:

In football-crazed Buffalo, the Bills are revered . . . and to this day, so is the number 12.

Jim Kelly (whose jersey number is the only one the Bills have retired) proudly wore number 12 for eleven years, winning more than 100 games. Starting in 1990, he did something that no other quarterback in history has ever achieved: He led his team to FOUR straight Super Bowls.

It hasn't happened since, and Kelly said, "It will never happen again. There's no way. To what we did, I'm very proud. I'm proud to say I was quarterback of those teams. It will never happen -- going to Super Bowl four years in a row, that's just, you know, unheard of."

Also unheard of: the excruciating outcome. The Bills LOST every single one of them.

Kelly told Spencer he's hasn't watched any of the replays: "Never have seen a game film of any of the Super Bowls, never watched one."

Why not? "If I went back, I would have to repeat that all over my mind. I'm at ease now, knowing what we accomplished, even though we didn't win 'em. I feel all right with that."

In football and in life, whenever we lose, we try to be stoic, and console ourselves with brave thoughts about lessons learned, about how we played the game. Because, as the saying goes, winning isn't EVERYTHING.

Fine. Then again, suppose it IS?

According to psychology professor Ian Robertson, of Trinity College in Dublin, "Winning's probably the single most important thing in shaping people's lives."

Robertson has studied winning, and what winning can mean. "All species have hierarchies," he told Spencer. "And your position in that hierarchy will determine your health, your mental function, your mood."

Robertson argues in his book, "The Winner Effect," that the reason it's so much fun to win is largely chemical. "Winning increases testosterone, which in turn increases the chemical messenger dopamine, and that dopamine hits the reward network in the brain, which makes us feel better."

It turns out Nobel Prize winners outlive the also-brilliant Nobel nominees by roughly two years. Baseball players who make it into the Hall of Fame have a couple of years on players who are turned away.

In Hollywood, it's really Winner Takes All: Academy Award-winners live, on average, four years longer than other actors.

"Think about the difference in billing of a film, Academy Award-winner versus Academy Award-nominee," said Duke University neuroscientist Scott Huettel. "So people who win the awards can command more for their next film. A scientist who wins a Nobel Prize will, of course, be able to be hired by any university in the world."

Huettel says the fact that there is often such a fine line between winning and losing doesn't seem to affect how we feel about second best. "There's this classic study that looked at athletes in the Olympics. And they did something very, very clever: They just looked to see how happy athletes were when they won. They looked at photographs and had unbiased people coding what the facial expression were."

They were stunned at what they saw:

Of course, there's no shame in silver . . . unless you can't stop fixating on gold.

"The bronze medalists had thoughts that compared themselves to everybody else, so they thought, 'Wow, if I'd only done a little worse, I would be one of those many people that's not here on the medal stand -- I made it, I'm a medalist!'" said Huettel. "The silver medalists, though, had thoughts that compared themselves to the gold medalist -- I just missed it!'"

An example: Bronze medalist Ryan Lochte, beaming on the podium, next to silver medalist Laszlo Cseh (left, in Beijing in 2008). "He is the second best swimmer in the world, and he is miserable," said Huettel.

Olympians aren't the only ones who hate coming up short. We ALL do, and that keeps business booming for sports psychologist William Wiener. His clients -- from pro athletes to Little Leaguers (and, of course, their parents) -- have one thing in common, he says: "In their minds, losing is catastrophic."

"When your clients come to you and say, 'Okay, help me win,' how do you go about it?" asked Spencer.

"They have to set goals that are in their control rather than outside their control," Wiener said. "If you come in with a goal of winning a gold medal, that's not [a] very adaptive or effective goal to set. If you say, 'I want to run 40 miles a week,' that's within your control."

But as we all know, hard work and achievable goals don't guarantee a win. Probably the most important thing, Huettel said, is luck.

"A Super Bowl might be decided by a single kick or a single catch," he said. "Or the wind, or a coaching mistake, or a flip of a coin at the beginning of overtime. So those various minor effects that could be luck are narrowly separating the winners from the non-winners."

Winning, he says, is overrated -- an uplifting thought that might get you thrown out of the locker room of today's losing Super Bowl team.

Jim Kelly says, "There's always going to be a major emphasis on winning, because that's just the way society is. That's just the way our culture is: That you want to be number one at the end. And if you're number two, at times, there's no doubt that number two is looked upon as mediocre, as a person that didn't achieve it, sometimes as losers."

Spencer asked, if he could rewrite history, would he rather go to four Super Bowls and lose every single one of them, or go to one and win it?

"I think four," Kelly said, "because there's a lot of guys that have won one Super Bowl. They had the right ingredient, that day was their day. But to be able to quarterback a team four times and be the leader of that team just goes to show what we have inside our hearts. It shows a toughness, the resiliency, and how we never, ever gave up."

Jim Kelly's biggest victory may be that he's learned to live with his losses.