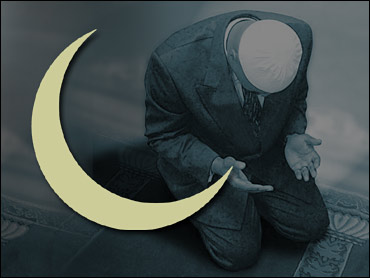 This column from The Weekly Standard was written by Soner Cagaptay.


American efforts towards a democratic Iraq seem to have created some strange bedfellows in the Middle East. The Sunnis of the region -- from Baathist loyalists in Iraq and hardcore Wahhabi zealots in Saudi Arabia to secular-minded elites in Amman, Cairo, and elsewhere -- are now united around a common anxiety: Since the Shiite Muslims constitute more than 60 percent of Iraq's population, a democratic Iraq will likely be a Shiite-dominated Iraq.

This is anathema for most Sunnis in the region, many of whom regard Shiite Islam as a perversion. (The feeling being mutual, the Shiites don't think very highly of the Sunnis either.) Thus, the possibility that another Shiite state may emerge next to Shiite fundamentalist Iran has exposed some raw nerves in the region, awakening ancient religious prejudices and creating modern political fears. Those anxieties, together with festering anti-Americanism, explain the reluctance of the region's Sunni regimes to extend America a sincere hand in transforming Iraq.

To be sure, sectarian divisions are not unique to Islam. Other world religions have their own share of internal prejudices: witness the persecution of the French Huguenots, the Thirty Years War, or the flight of the Puritans from England. Yet, while Christianity has mostly moved beyond intra-religious hatred in the modern times, Islam has not quite done so. There is no Muslim equivalent of the Second Vatican Council, the World Council of Churches or the tradition of intra-religious dialogue that so characterizes the Christian faith today.

Islam remains rooted in its history of deep mistrust between the Shiite and Sunni sects, which, since the 8th century, have been violently feuding over the issue of succession to the Prophet Muhammad. The past 1,300 years of Islamic history have been almost uniformly marked by episodes of strife between these two sects, and political domination by one group has almost always meant persecution of the other.

For example, when the Shiite Safavids came to power in Iran in the 16th century, they brutalized the country's Sunnis. The mullahs who took charge in Iran with the 1979 Islamic revolution gladly continue this tradition today. In Saudi Arabia, the opposite is true: The Sunni fundamentalist Wahhabis have turned the country into a prison camp for its Shiite minority since they ascended to power in the 19th century. In Saddam Hussein's Iraq, the secularist Baath Party, ruled by the Sunni minority, oppressed the country's Shiite majority for three decades.

The legacy of this history of persecution is that Sunni and Shiite Muslims in the Middle East view each other with distrust. In most cases, mutual hatred is almost as deeply rooted as any aversion they may have towards non-Muslims.

What does this mean for Operation Iraqi Freedom? With the exception of Iran and Syria (which is ruled by an Alawite minority -- an offshoot of Islam distinct from both Sunni and Shiite orthodoxies, if somewhat closer to Shiism) all Muslim states in the Middle East are run by Sunnis, who view a Shiite-ruled Iraq as a potential threat. (The only exception to such authoritarian regimes, Turkey -- which is democratic -- is also a Sunni majority country.) The Sunni states of the Middle East are unwilling to whole-heartedly support Operation Iraqi Freedom because of what it may produce in the end.

This predicament can also be helpful, however, by showing a way out of sectarian hatred within Islam. It is time now for Muslims -- clerics and secular pundits alike -- to begin a frank debate towards healing sectarian divides through ecumenical dialogue.

Such a process should interest not only the Muslim world, but also the West. There has been much talk since the September 11 attacks about the need for a constructive dialogue between Islam and the West. Before Muslims can extend the courtesy of respect to non-Muslims, however, they will first have to treat each other with compassion. In other words, the path to inter-regional equilibrium between Islam and other faiths is through intra-religious peace within Islam. It is time for Muslims to address the decades-old problem of hatred within Islam, for their sake and for the world's.

Soner Cagaptay is the head of the Turkish Research Program at The Washington Institute for Near East Policy.