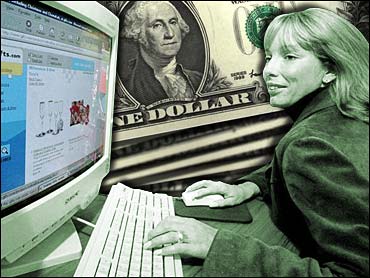 Most American consumers don't realize Internet merchants and even traditional retailers sometimes charge different prices to different customers for the same products, according to a new survey.

The study, expected to be released Wednesday by the Annenberg Public Policy Center of the University of Pennsylvania, is the latest to cast doubt on the notion of sophisticated consumers in the digital age.

It said 87 percent of people strongly objected to the practice of online stores charging people different prices for the same products based on information collected about their shopping habits.

"I don't think people understand this is being done," said Willi Stabenau, 23, a musician in New York who participated in the survey. "We don't let ourselves be tracked that way in any other facet of our lives. Why would you want that to happen while you're shopping?"

The Internet empowers careful shoppers to conveniently compare prices and features across thousands of stores. But it also enables businesses to quietly collect detailed records about a customer's behavior and preferences and set prices accordingly. Changing prices is generally lawful unless doing so discriminates against a consumer's race or gender or violates antitrust or price-fixing laws.

Stabenau said he shops online frequently but always remembers: "They're after your money, and you want to spend as little as possible."

"People are fooling themselves if they believe otherwise," Stabenau said.

Stores aggressively try to retain loyal customers who generate the highest sales while discouraging bargain-hunter shoppers who are less profitable because they check many sites for the same product at the lowest price. They are known within the industry as "bottom feeders" who don't show any brand or merchant loyalty.

First-time buyers at a retailer could see higher prices than a firm's repeat customers, and retailers may not offer discounts to consumers who buy the same brands regularly without even looking at alternative products on the same site.

"It's really murky because companies are so loath to discuss this," said researcher Joseph Turow. "This is a new model of shopping reality. The question becomes, what do people feel is right? Can't more openness be the order of the day?"

The study urged government to require retailers to disclose exactly what information is collected about customers and how the data is used, and it urged schools to teach students better how to protect themselves as consumers.

Amazon.com outraged some customers in September 2000 after one buyer deleted the electronic tags on his computer that identified him as a regular customer and noticed the price of a DVD changed from $26.24 to $22.74. The company said it was the result of a random price test and offered to refund buyers who paid the higher prices.

The Annenberg study was based on results from a telephone survey from Feb. 8 to March 14 of 1,500 adults who said they had used the Internet within the past 30 days. The margin of sampling error was reported to be plus or minus 2.51 percentage points.