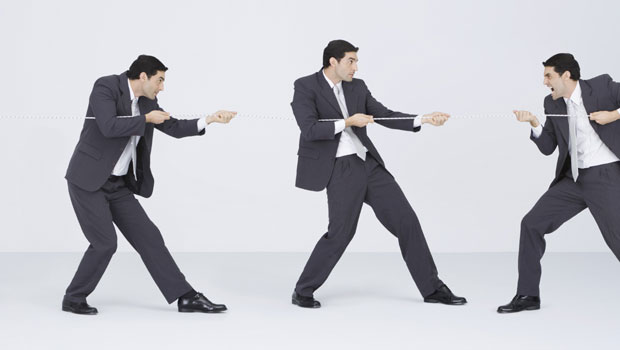 First published in 2005, I wrote what became a popular post about the cynical, and often effective, PR tactics being increasingly employed to manipulate news. I called it the Top Ten Tactics to Influence Negative News: The PR Playbook.

As an investigative reporter, I had learned there were several go-to strategies practiced by press agents for government agencies, corporations, non-profits and other entities when they perceive negative stories coming their way. Talking with other reporters, I realized they had experienced similar methods of damage control. It seemed like they were all operating from the same playbook.

It's time for an update.

While the "Top Ten Tactics" are still very much alive and well, PR flaks for companies and government agencies have expanded and updated them in many splendored ways.

So without further ado - and seven years later - here are the "All New" Top Ten Tactics to Influence Negative Views, a.k.a The PR Playbook.

When news reporters publish factually correct but potentially damaging stories, use pseudonyms to set up accounts on social media such as Facebook and Twitter to promulgate your propaganda. If you're really experienced, you'll already have such dummy accounts ready with "friends" and "followers" so that it all looks convincing when the time comes. Pretend to be ordinary moms and citizens creating a "buzz" or "outrage" about the story you want to discredit. Average Americans and reporters may be swayed by these false "grassroots" efforts, if they don't think to peek behind the curtain.

When you've found it impossible to discredit the story because it's accurate and fair, do "opposition research" on the reporter. Dig for professional and personal dirt. If you can't find any, no worries: Just twist what you do find and spew it out on social media or letters to the journalists' bosses in hopes it'll have a chilling effect.

Don't deny the facts yourself: People may disregard that. Instead, use trusted - paid - third parties to write letters to editors for newspapers, do TV interviews and offer up opinions without disclosing their conflicts of interest . If the price is right, you can get universities, hospitals, charities and other groups lend an air of legitimacy to your viewpoint. They, in essence, launder your funds: You hire or donate to them and they publish your spin under the legitimacy of the organization which doesn't disclose its connection to you. Reporters and the public mistakenly think they are independent, and press agent hopes the reporters don't think to ask about the third party's true connections. This tactic used to be widely employed for medical-related controversies, with physicians paid by pharmaceutical companies to write letters to newspaper defending a dangerous medicine, but it can be used for most any issue.

4. Appeal to the Fringe

Remember, with the web, anybody can publish. Exploit that! When legitimate media won't tell your false story the way you want, turn to the widening array of fringe media and bloggers. Get them to write your story, then write about it yourself online, then tweet it all out and before you know it, people lose sight of the original source and think it's real. Maybe someone in the mainstream media will even pick up or pass around your propaganda! Hope for a lazy reporter who won't check the original sourcing or call around to corroborate the facts or get the other side of the story.

Because it has no oversight or appeal body, Wikipedia is a rich resource for your propaganda and spin. The beauty is, you can write false or skewed information and prevent others from changing it! If you don't have an established Wikipedia account, just hire an esteemed veteran Wikipedia editor to do the work for you. Earlier this year, two trusted Wikipedia associates got caught editing the online "encyclopedia" on behalf of PR clients. Much of the public remains unaware as to how Wikipedia really works, and may accept your propaganda as factual.

When a reporter has found a solid source that you can't seem to discredit or stop, one who's providing truthful but harmful information about your agency or business, accuse the reporter of being a "mouthpiece" for the source. Hope that makes the reporter or his bosses question using the source for further stories. If they're too smart for that, make the same accusation publicly to try to discredit the reporting with ordinary people who don't know better.

Turn Freedom of Information (FOI) law on its head and use it to help you hide information rather than disclose it. When a reporter asks for material under FOI, tell him he's got to go to the end of a long, long line. Then, wait months or years to answer the request. True, that may violate FOI law, but challenging it takes time and money. By then, the story won't be news anymore.

When you don't want to do an interview, but want to spin the reporter, flood him with reams of useless information, press releases, emails and articles. Talk with him incessantly on the phone without giving any useful material or answering his questions. Refer him to other people who will also provide only useless information. Fill up his time. Delay and distract from the issue at hand. Promise real information but never give it. Tell him you want to give him "background" and "context," but that he can't quote you and it's all off-the-record. You can slip in unverified or untrue information and allegations. Hopefully, you'll be able to sway the reporter without providing any evidence on the record that he can disprove.

The flipside of "Opening the Floodgates": When things look so bad that there's nothing you can do to coat it with sugar, and you don't want to talk to the reporter, just ignore his calls and requests. Taking lumps for not providing any information is better than telling the truth or even trying to spin it. Elected officials, public servants and government agencies increasingly employ this tactic.

10. Use Charities and Non-Profits to Disguise

The charity world is one of great potential for your PR propaganda because there's relatively little disclosure and oversight. Also, people want to believe the best in a charity or non-profit and won't think to question it. First, start up a non-profit or charity. It's easy. Front it with ordinary-looking people. Then, push your agenda through them. Get them to call news organizations, publish your material, spin the media - all without disclosing their financial ties to you. Hope that reporters don't ask about or research the charity's origins.