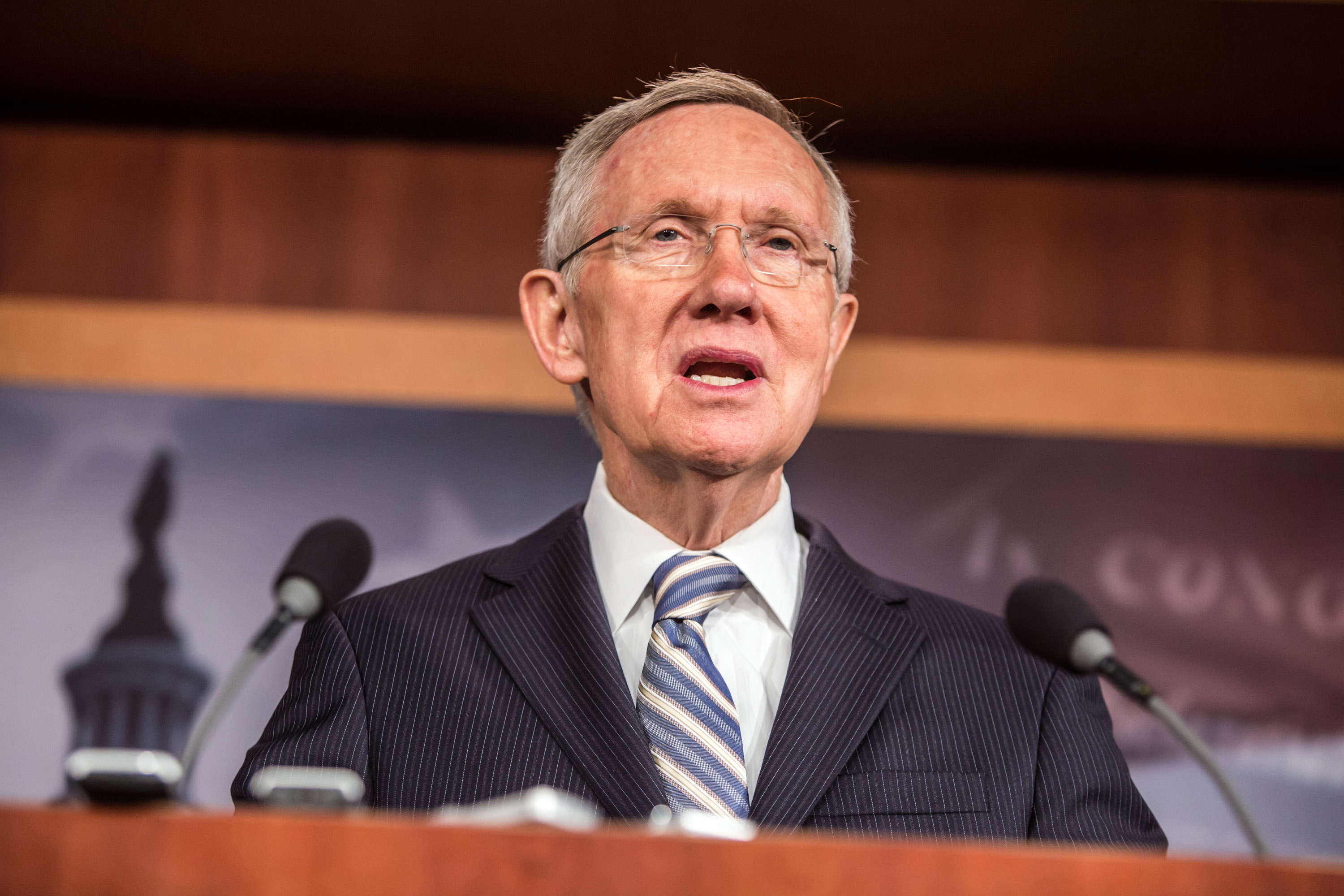 As lawmakers continue to grapple with the aftermath of last week's mass shooting in Newtown, Conn., a handful of pro-gun Democrats are beginning to speak out in favor of stricter gun laws - but Republicans remain all but silent on the matter.

Amid national attempts to piece together a coherent picture of what led 20-year-old Adam Lanza to allegedly open fire on an elementary school last Friday morning, a number of liberal Democrats are resuming longstanding calls for the tightening of gun laws.

Perhaps more significant, however, is a new sense of openness to tighten laws among some pro-gun and moderate Democrats, few of whom have previously expressed an eagerness to take on the famously powerful pro-gun lobby.

"I want to call all our friends in the NRA, sit down and have this - bring them into it. They have to be at the table. We all have to," he said. "This has changed the dialogue and it should move beyond dialogue -- we need action."

A series of similar calls have since trickled in from pro-gun Democrats: In remarks on the Senate floor today, Senate Majority Leader Harry Reid, D-Nev., who has a "B" rating from the NRA and is generally considered pro-gun rights, called for Congress to engage in a "meaningful conversation and thoughtful debate about how to change laws and culture that allows violence to continue to grow."

"I think part of the healing process will require Congress to examine what can be done to prevent more tragedies," he said.

"Enough is enough," added Sen. Mark Warner, D-Va., in an interview with Richmond, Va., CBS affiliate WTVR. Noting his own "A" grade from the NRA, he added: "I think most of us realize that there are ways to get to rational gun control. There are ways to grapple with the obvious challenges of mental illness."

Others expressed regret at their own refusal to address gun control in the past.

"I have been largely silent on the issue of gun violence over the past six years, and I am now as sorry for that as I am for what happened to the families who lost so much in this most recent, but sadly not isolated, tragedy," said Rep. John Yarmuth, a Democrat from Kentucky, in a statement. "Like so many Americans, when I was growing up I thought guns were the things that protected us from the bad guys -- the outlaws, the Nazis, the Red Menace, and the gangsters. Now I know, through painful history, that guns are much more likely to be used by the bad guys or the mentally unstable against the rest of us."

In the face of the recent violence, in which 20 children were shot dead at Connecticut's Sandy Hook Elementary School, gun control advocates have led a renewed push for legislative action. And evidence suggests many Americans would support such measures: A White House petition urging the Obama administration to immediately press Congress for tighter restrictions on gun ownership earned more than 150,000 signatures in three days. Meanwhile, reflecting a reversal from many past surveys, a new Washington Post/ABC News poll indicates that people viewed the recent shooting as endemic of a troubled society - not just a troubled individual.

Still, passing new legislation through Congress promises to be a major challenge for advocates. Republicans have for the most part remained silent on the subject, and have shown little willingness to take a stand against the gun lobby.

In remarks on the Senate floor today, Minority Leader Mitch McConnell, R-Ky., expressed sorrow over the shootings and lauded Mr. Obama's remarks about the "singularity of parental love," but declined to reference the possibility of legislative action. When asked shortly thereafter if he thinks it's time to debate gun laws, McConnell ignored CNN reporter Lisa Desjardins, who recorded and posted his non-response online.

NBC's David Gregory faced similar troubles this weekend, when trying to book pro-gun senators for his show, "Meet the Press": All 31 senators on record as pro-gun rights refused to appear.

"We reached out to all 31 pro-gun rights senators in the new Congress to invite them on the program to share their views on the subject this morning," he said. "We had no takers."

CBS News' Bob Schieffer noted he and his "Face the Nation" staff ran into similar roadblocks as NBC.

"Members, as we found out this weekend when we tried to get guests to come on and talk about this on 'Face the Nation,' people are just reluctant to even discuss it," Schieffer said on the program Sunday.

Even the Obama administration is declining to say what action, specifically, the president wants to take on gun control. In a White House briefing today, spokesman Jay Carney spoke of the subject in vague terms only, and argued that gun control is "part" of the solution, "but it's far from all of it."

The power of the pro-gun lobby -- and specifically of the NRA -- is widely credited with the staunch opposition that nearly all gun control measures have faced in Congress in recent years. According to the Sunlight Foundation, the NRA spends 66 times what the Brady Campaign spends on lobbying, and 4,143 times what the Brady Campaign spends on campaign contributions. Since 2011, the NRA spent at least $24.28 million: $16.83 million through its political action committee, plus $7.45 million through its affiliated Institute for Legislative Action."