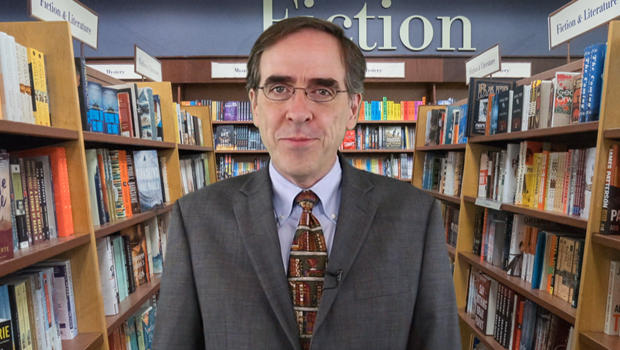 By Ron Charles, book reviewer for the Washington Post.

The fall book season is upon us, and because publishers delayed some releases last spring because of COVID, this fall will be one of the largest ever! Here are just a few of the great works of fiction coming up:

Later this month, Marilynne Robinson will publish "Jack" (Farrar, Straus and Giroux). It's the fourth volume in her Pulitzer Prize-winning series about two families from Gilead, Iowa.

This time, the focus is on Jack, the Prodigal Son who may finally have found a reason to live and stay sober: He's fallen in love. But can there be any future for a white man and a black woman in mid-20th century America?

Read an excerpt from "Jack"

Phil Klay, a former U.S. Marine who served in Iraq, is about to publish his first novel. "Missionaries" (Penguin Press) is about the militarization of the drug war in Colombia – a bloody conflict that draws in U.S. and South American soldiers, mercenaries, journalists, and local people just trying to survive.

This is a story that promises to make the costs of endless war shockingly clear.

Read an excerpt from "Missionaries"

Now, just in time for Halloween, comes "Magic Lessons" (Simon & Schuster), a prequel that takes us back to the beginnings of this bewitched family.

Read an excerpt from "Magic Lessons"

That's raised expectations high for Washington's first novel, "Memorial" (Riverhead). It's about Benson and Mike, a mixed-race gay couple living in Houston. Just as Mike flies to Japan to see his dying father, Mike's mother arrives from Japan, which means his partner has a long, awkward visit ahead.

Read an excerpt from "Memorial"

Next month, at the age of 83, Don DeLillo will publish a novella called "The Silence" (Scibner), which sounds eerily relevant for a country grappling with civil unrest and the COVID-19 pandemic.

It's set in New York a few years in the future. On Super Bowl Sunday, suddenly the lights go out, computers go dark. Who's ready for this disruptive calamity?

Read an excerpt from "The Silence"

"The Silence" by Don DeLillo (Scribner), to be published October 20

In November, Danielle Evans will release her long-awaited second collection, "The Office of Historical Corrections" (Riverhead). Evans is a master at creating poignant moments of crisis that capture the complexity of race in America, and this new collection sounds like it was made for our era.

Read an excerpt from "The Office of Historical Corrections"

That's just a taste of the books I'm looking forward to this fall.