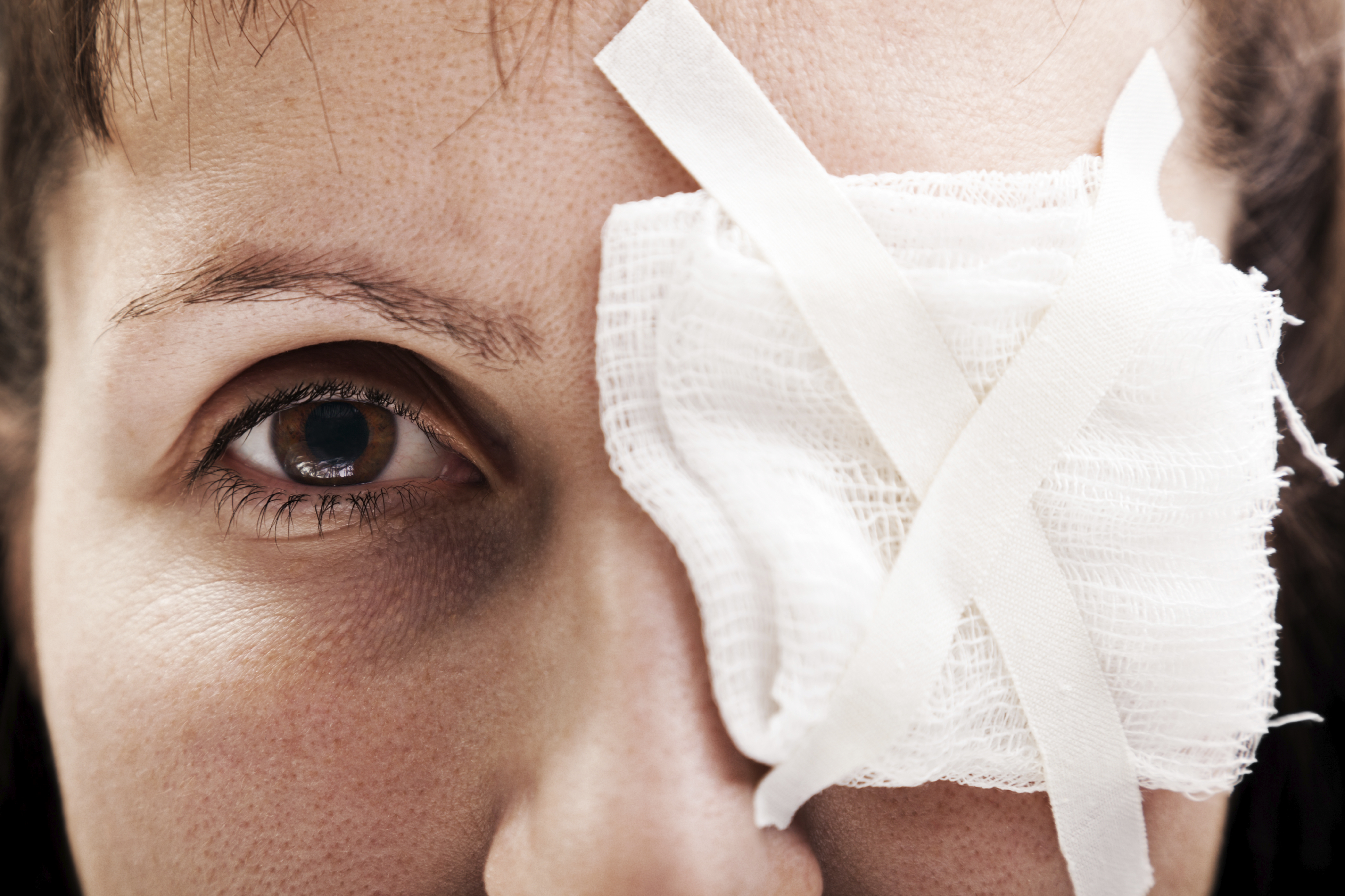 This summer, Bill McDermott, CEO of the business software corporation SAP, was visiting a relative when he woke up in the middle of the night to get a drink and tripped and fell down the stairs while holding a glass.

He shattered his cheekbone, lacerated his eye and almost bled to death, according to media reports. The injury resulted in the loss of his left eye.

While this may sound like a freak accident, it turns out McDermott's type of injury is more common than many people may think.

Though not every case results in the loss of an eye, falling is the number one cause of eye injury in the United States and accounted for more than 8,400 hospitalizations in a 10-year period, according to new research presented this weekend at the annual meeting of the American Academy of Ophthalmology in Las Vegas.

The second biggest cause of eye trauma was fighting, the study found. These injuries can be expensive to treat, and in many cases are preventable.

In fact, the research also showed that the cost to treat eye injuries at hospitals rose 62 percent from 2002 and 2011 and now costs an average of over $20,000 per injury.

Using a national database, researchers from Johns Hopkins University identified a sample of nearly 47,000 patients -- from babies to adults up to 80 years old -- diagnosed with ocular trauma from 2002 to 2011. They looked at the cause and type of injury, length of hospital stay and total cost of hospitalization.

The analysis showed that falling was the top cause of eye injury, with adults over the age of 60 making up the majority of the 8,425 hospitalizations. The most common types of falls were slipping, which caused nearly 3,000 eye injuries, and falling down stairs, which accounted for 900.

Fighting was the second most common cause of ocular trauma overall, but the number one cause in people between the ages of 10 and 59. In all, fighting and various types of assault caused nearly 8,000 eye-related hospitalizations.

For kids under age 10, being accidentally struck by a person or object topped the list of causes of eye injury, followed by car crashes and accidents with a sharp object such as scissors.

The researchers say they hope the study brings awareness to how common -- and serious -- eye injuries can be.

"I think often people don't really think of eye injuries as something that can be a significant and severe occurrence that leads to hospitalization," lead researcher Dr. Christina Prescott, an ophthalmology professor at the Wilmer Eye Institute at Johns Hopkins University, told CBS News. "People may think you get hit with a paintball gun, you get a scratch on the eye, but you don't. You end up in the hospital. You probably have surgery and you might even lose the eye. So, I'm hoping people will realize that eye injuries are a serious problem and a lot of times preventable."

She said there are simple steps people can take to help avoid eye injuries. For example, when many older adults first start wearing bifocal glasses, they can have trouble adjusting and face a greater risk of tripping and falling. "They don't realize that when they look down while wearing the glasses, their depth perception goes off and then they fall," she said. "So little things like that, making people aware that they need to be taught how to wear those glasses and taught visual cues so they don't fall."

Prescott also said that it's not uncommon for older people to get up in the middle of the night, fall and hit their eye on the corner of a dresser. "They can lose their eye this way," she said. With a little forethought, families can take steps to reduce the risk, "whether it's putting on more lights or coming up with a plan to safety-proof older adults' houses like we do for little kids."

Finally, she recommends safety glasses for kids playing sports and adults during activities like working on cars and mowing the lawn.

The study also looked at reasons why the cost of eye injuries has been increasing. The researchers found that between 2002 and 2011, the average cost of treating serious eye injuries rose from $12,430 to $20,116. The costs tended to be higher at large hospitals and for older patients.

"It doesn't seem like injuries are getting more severe because the types of injury and the length of hospital stay have stayed relatively the same," Prescott said. "It may be higher drug and equipment costs, or administrative costs with all the changes in health care, and regulations may have gone up."

Prescott said her next research project will focus on determining what's behind that sharp increase in the cost of treating serious eye injuries.